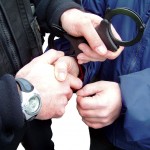 Mental Health courts were established in the USA in the 1990s, and were designed to help offenders with a mental health diagnosis who might end up in prison to have access to long-term community-based treatment.

Mental health courts were piloted in England in 2009 to ensure that a defendant’s mental health or learning disability was given appropriate multi-agency consideration before any sentencing took place.

The researchers were interested in the prevalence of defendants with learning disabilities in the court to look at the differences between defendants with a dual diagnoses as opposed to those with lone mental health disorders.

They found approximately 11% of defendants in the mental health court also had learning disabilities.

They also found that individuals with dual diagnoses were more likely than those with lone mental health disorders to be younger, male, African-American and less well-educated.

In terms of outcomes, they discovered that those with learning disabilities were more likely to receive behavioural, vocational rehabilitation and other services.

There were few other differences between those with dual diagnosis and those with lone mental health disorders on any other of the outcome variables they studied.