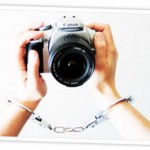 The tortuous process that resulted in the eventual reform of the Mental Health Act in 2007, led to the introduction of Community Treatment Orders (CTOs). The recommendation that some form of CTOs be introduced was a fairly consistent feature of the series of mental health Inquiries in the late 1980s and early 1990s.

Compulsion and coercion have been features of institutionalised care for as long as it has existed. The crisis that the failure of community care services represented was partly seen to lie in a legal structure that did not provide sufficient structure for the provision of care and treatment for those who had been discharged from hospital. There is a strong narrative in the Ritchie Inquiry (Ritchie et al, 1994) and similar documents that a form of community treatment order would have ensured that vulnerable patients remained in contact with services; the implication being that this would have prevented the awful violent events that precipitated the Inquiry.

CTOs are thus presented as a protective, paternalistic measure that will prevent the repeated admission of individuals to hospital. Such patients are often referred to as “revolving door “ patients. I personally find the term offensive and derogatory.

CTOs allow for conditions to be attached to the discharge of patients who have been detained under section 3 of the Mental Health Act 1983. These conditions usually relate to compliance with medication, attendance at appointments and engagement with services. There are ethical arguments against CTOs in that they are seen as representing an unacceptable level of coercion and are thus an infringement of civil liberties. I should be open that my sympathies clearly lie in this direction.

Given, the current pressures on mental health services, there is another more pragmatic argument against CTO. The shortage of available beds means that the main enforcement mechanism of the CTO (the power of recall) has become effectively unworkable in a number of areas. In addition, CTOs run counter to the concept of personalised care that is said to lay at the heart of modern health and social care services. This latest research sets out to explore the dilemmas that the use of CTOs create in this environment (Banks et al, 2015). 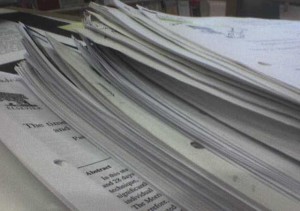 The Ritchie Inquiry revealed a “catalogue of failure” in its assessment of the care that Christopher Clunis had received.

The research is the result of two studies; an original and follow-on. The aim was to explore both service-user and practitioner experiences of community treatment orders.

The studies adopted a purposive sampling approach and included semi-structured interviews with:

The research team established a Project Advisory Group which included service-users and practitioners to oversee the development of the interviews. Care co-ordinators took on a gate-keeping role in the recruitment of service users. If it was reported that service users were too unwell then they were not considered for the sample. This, as the authors, acknowledge has the potential to create a positive bias with service users with more positive relationship with care co-ordinators more likely to be approached. This has to be balanced against the ethical concerns.

It might be assumed that the use of compulsory powers immediately means that these issues are somehow redundant. This is a mistake; even if the outcome is the use of compulsion, it is possible to involve individuals in the process. All other options should be explored first.

However, in this study service-users reported little or no choice or control either in the making of the CTO or the conditions attached to it. It was recognised that this lack of choice may be necessary and for most service-users the CTO was preferable to an admission.

AMHPs were concerned that the use of CTOs was seen as almost inevitable; remember that when they were introduced they were meant to be used for a very small group of patients.

Service-users did feel better supported on CTOs. The conditions were usually around medication. This was an area where service-users felt that they should be more involved. For example, one service user was obliged to take depot rather than oral medication because of the lack of resources meant it was not possible to ensure compliance.

This was one of the most worrying aspects of the study. Most service users could not recall being given clear information about the process. Few had knowledge of Independent Mental Health Advocates (IMHAs) or their rights under the CTO including the nature of the conditions being attached to the order.

The result was that there was confusion. There was here and generally a widespread belief that to breach a condition to take medication results in automatic recall. One AMHP argued that there is an inbuilt bias in this lack of information as a full explanation of the CTO would actually undermine its authority; it was felt that service users had to buy into the idea of the CTO for it work.

It was also clear that other groups (nearest relatives, carers and housing support staff) all of whom are potentially involved in the “management” of CTOs, were given little information or training. 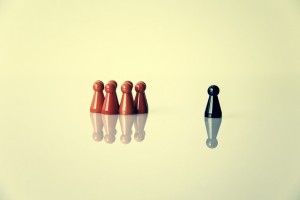 Service users were often poorly informed about the community treatment order and their legal rights.

The arguments and debates about community treatment orders cannot simply be reduced to statements about effectiveness, but of course, it is possible to agree on some measures of efficacy. The use of compulsory powers raises fundamental moral, philosophical and ethical questions about the nature of mental illness, the role of the State and the rights of individuals.

These studies highlight the concerns that were raised when the Mental Health Act was reformed. There are cases where CTOs seem to provide a basis for improved services; one question that springs from this is whether the CTOs are actually a means of holding community mental health services to account rather than a way of improving service-user engagement. The fact that there is confusion about the powers of CTOs and they are being used more than was envisaged are important areas that need to be addressed.

The study’s recommendations are all related to the themes of greater involvement of service-users in decision making and better sharing of information. These apply across services but are even more important in areas where civil liberties are at stake. 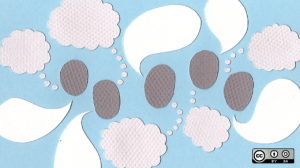 This study makes recommendations for how person-centred care can be better incorporated into the making of community treatment orders.