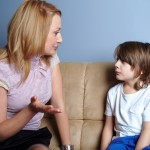 Childhood sexual abuse has a devastating impact on many of the children and adolescents who are affected by it. It is a significant problem worldwide and has the potential to have serious negative impacts on mental health and physical health. Not all children who have experienced childhood sexual abuse will require a therapeutic or mental health intervention. The impact of the sexual abuse can be mitigated by factors such as parental support and family functioning and can be worsened by the presence of other adversities, the severity and duration of the abuse and the lack of support from parents and other carers. Children and adolescents who do require therapeutic treatment following childhood sexual abuse obviously benefit from a treatment that is tailored to the developmental stage and needs of the individual.

This new Cochrane review aimed to:

Assess the effectiveness of psychoanalytic / psychodynamic psychotherapeutic approaches in treating the effects of sexual abuse (psychologically and in terms of behaviour and social functioning) in children and adolescents.

Another commonly used approach, Cognitive Behavioural Therapy (CBT), was recently the subject of a separate Cochrane systematic review (Macdonald et al, 2012) that found that CBT was potentially able to address the adverse consequences of childhood sexual abuse. This review also concluded that there was a need for other therapeutic approaches, especially psychodynamic therapy, to be evaluated.

A simplistic definition of psychodynamic / psychoanalytic psychotherapy is that it:

Attempts to explore, through talking, play (with younger children) and the formation of a therapeutic relationship, how earlier experiences influence and perhaps seriously distort current thoughts, feelings, behaviors (actions) and relationships.

You can read more about psychoanalytic / psychodynamic psychotherapy on the PsychCentral website. Out of the 2,982 studies that were initially identified through extensive database searching only 20 studies were assessed for eligibility against the inclusion criteria for the review. All 20 of these studies were found to be ineligible for the review for a number of reasons including the study type being ineligible, the participants were ineligible, the interventions were ineligible or the control group was ineligible. One of the studies was not able to be included as it discussed a planned trial, rather than one that had already commenced.

The authors summarised their main results as:

Our review did not find any randomized trials comparing psychoanalytic / psychodynamic psychotherapy with either treatment as usual or a no treatment / waiting list control for children or adolescents who have been sexually abused.

They found this surprising given that they believe that:

many children and adolescents have been treated in this way and for many health professionals it would still be considered the psychotherapeutic treatment of choice.

There are many possible reasons that the reviewers were unable to identify any suitable studies. Typically there has not been much evidence based research in this area and case studies have been the favoured method for research and review in psychodynamic / psychoanalytic psychotherapy, with the belief that using case studies can richly elaborate the complexity of each case. There has also been reluctance in the field to engage in the scientific evidence base, though many would argue that it is important to bring more empirical evidence to this field in order to bring about a greater understanding of the intervention. The authors highlighted one study that did not meet the criteria for the review. The study was a well designed RCT, but as it compared individual psychodynamic psychotherapy with psycho educational group therapy (rather than no treatment) for girls who had been sexually abused it was excluded. The study did find that the intervention appeared to be effective and therefore does provide limited evidence that the use of psychodynamic therapy be continued (Trowell, 2002).

Sexual abuse rarely occurs in isolation and children who experience sexual abuse are also often faced with many other potentially traumatic events, such as neglect, physical abuse, parental mental health or substance abuse and living in poverty as well as other adversities.  It is often difficult to separate out these children through one single traumatic event, and it may be more prudent to include a broader category of child maltreatment. However it seems that most therapies, including psychoanalytic / psychodynamic therapy have developed specific theoretical models and treatment approaches for different forms of abuse and therefore it may make sense for research to evaluate interventions of these specific forms of abuse, rather than grouping them together.

More research is needed and this should be in the form of carefully designed and well thought out studies that take into account the many ethical considerations that come with working with this already very vulnerable and damaged group of children and young people.

It is vital that children who have been affected by childhood sexual abuse receive the best therapeutic help that they can get. This will benefit them throughout their childhood and adolescence and into adulthood. The reviewers concluded that:

Further examination of the process of psychoanalytic / psychodynamic psychotherapy for this population and what aspects bring about change is also needed. This would greatly help therapists to increase the effectiveness of the intervention.