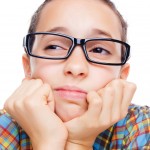 Young people with autism spectrum disorders (ASD) are usually given some kind of behavioural or educational intervention to help improve their overall functioning. However, in some cases, those individuals who have high levels of repetitive, obsessive-compulsive type behaviours and mood disorders are treated with drug interventions, although there is little high quality evidence to support these treatments in this group (Posey et al).

It has been suggested that TCAs might help manage symptoms in people with ASD:

Pharmacological interventions that target the serotonin system may provide assistance with problematic symptoms such as repetitive behaviours similar to those seen in obsessive-compulsive disorders, stereotyped mannerisms and difficulty with change, or with comorbidities such as affective lability, depression and anxiety (Volkmar et al).

It sounds like the time is right for a systematic summary of the randomised trials in this field, so I’m delighted to see a new Cochrane review that is focusing on whether TCAs:

The reviewers carried out the usual hardcore Cochrane search looking for randomised controlled trials of any dose, duration and frequency of oral TCAs compared with placebo, in children and adolescents with a diagnosis of ASD, where at least one standardised outcome measure had been used.

They only found 3 trials that met their inclusion criteria: two looking at the antidepressant clomipramine and the other looking at tianeptine. All of the studies were small (between 12 -32 participants). There was heterogeneity across the studies, so the reviewers were unable to conduct a meta-analysis.

Clinicians considering the use of tricyclic antidepressants (TCAs) need to be aware of the limited and conflicting evidence of effect and the side effect profile when discussing this treatment option with people who have autism spectrum disorders (ASD) and their carers. Further research is required before TCAs can be recommended for treatment of individuals with ASD.