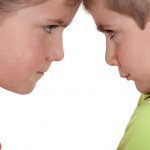 A common conception about bullying is that it is a normal part of childhood that will pass without lasting problems for the children involved in it. However, this view is changing, with more and more research showing that children who experience bullying are at risk of various negative outcomes as they grow older (Takizawa, 2014).

This Finnish study examined different types of bullying involvement in children (bullying others, being victimised by bullying, and a combination of both) and whether they had any bearing on children’s risk of being diagnosed with a psychiatric disorder during young adulthood. Thus, it did not only consider the outcomes for children exposed to bullying, but also for children who bullied others. 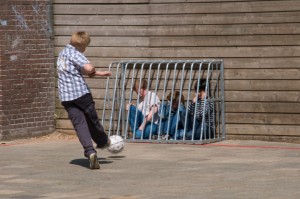 Previous research has suggested that bullying and exposure to bullying may contribute to mental illness later in life.

The sample for this research comes from a larger birth cohort study, which collected information on all children born in Finland during a specific period of time. Of this cohort, a population-representative sample of 6,000 children was drawn, with complete information available for 5,000 of them.

Information on bullying was collected from children, their mothers and teachers when children were 8 years old, via their schools. It was assessed whether children were victimised by bullies and whether they had bullied others, by giving informants the choice between different answer options, such as “Usually I do not bully” or “Other children usually do not bully me”.

To examine mental health problems in adulthood, the researchers examined participants’ health records for psychiatric diagnoses received between age 16 to 29. Thus, the researchers did not directly interview participants to assess their mental health, but inferred the presence of psychiatric problems if participants had been given a respective diagnosis by a healthcare professional. Diagnoses comprised an overall category of any psychiatric diagnosis and, more specifically, psychotic disorders, depressive disorders, anxiety, eating, and substance abuse disorders.

The authors divided their participants into different groups based on their childhood bullying involvement:

The first analysis showed that all children involved in bullying had greater rates of mental health problems in young adulthood, compared to children who were not.

For children who were regularly bullied by others, this was not the case: independent of whether these children had co-existing mental health problems, they remained at greater risk for being diagnosed with psychiatric problems as adults, notably depression.

For children who bullied others and were also bullied themselves, the picture was mixed and led to different interpretations, depending on how the data was analysed. This may have been because the number of these children was relatively small, with only 75 falling into this category, of which only 15 did not experience any mental health problems as young people. It was therefore not possible to say whether these children experienced problems as adults because of their childhood psychopathology, rather than their bullying involvement. 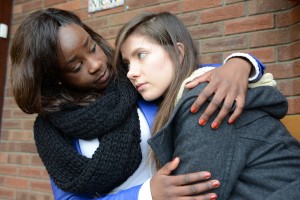 The treatment of any psychiatric disorder was associated with frequent exposure to bullying.

The findings suggest that victims of bullying experience psychiatric problems as they grow older, regardless of whether they already experience problems when young. A potential threat to this conclusion based on this specific study is that the authors did not take many other factors into account that could explain this association. One influence that affects both children’s risk of being exposed to bullying and of developing psychiatric problems later in life is exposure to childhood adversity, such as poverty, family conflict and maltreatment. Taking these into account would have lead to firmer conclusions as to whether bullying has a specific influence over and above these factors. However, other studies have analysed these influences and obtained similar findings, supporting the conclusions drawn from this study (Takizawa, 2014).

Children who bullied others, and those who bullied others but were also being bullied, were also at increased risk for adult mental health problems. However, their higher risk appeared to be less a result of their involvement in bullying, and more a continuation of the mental health problems that they experienced alongside their bullying involvement.

This means that bullying behaviour in children may be a good indicator of concurrent mental health issues, which is an important finding because it suggests that raising awareness about bullying will not only help victims, but also be useful to identify mental health problems in bullies.

A debatable feature of the study is its use of psychiatric diagnoses in health records. Not everyone who experiences mental health problems seeks help from health professionals, and the people who do and receive a diagnosis may be different from the people who do not. This is not necessarily a limitation of the study, because psychiatric service use can be an informative indicator (for example to assess the burden that bullying victimisation may place on mental health services) but it means that the findings are limited in their generalisability. 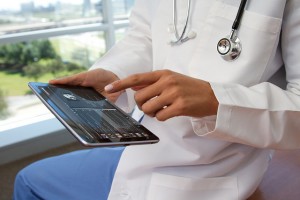 Relying on health records makes the findings of this study less generalisable.

Sourander A. et al (2015) Association of Bullying Behavior at 8 Years of Age and Use of Specialized Services for Psychiatric Disorders by 29 Years of Age. JAMA Psychiatry. doi:10.1001/jamapsychiatry.2015.2419 [PubMed abstract]