Home » Posts » Populations and settings » child and adolescent » Can we model the development and maintenance of self-injury in children with developmental delay? 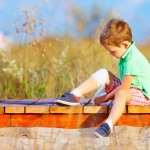 Self-injurious behaviour is demonstrated in some children with developmental delay and is known to have a substantial impact on the well being of the children and their carers. Studies suggest that the prevalence of self-injury in children with severe learning disabilities is around 17%.

Research also suggests that these prevalence rates are affected when researchers account for certain characteristics such as autism spectrum disorder (ASD), genetic syndromes, and degree of intellectual disability. This suggests that the occurrence of self-injury in these children is a complex phenomenon, possibly accounted for by numerous factors.

The authors clearly point out that despite decades of research around this subject, there has been little translation of evidence into working models or effective interventions. Through this paper, the authors aim to review the large body of literature around self-injury and the potential causal mechanisms and aggravating characteristics, with a view to synthesising the results to extend a previous model of self-injury.

The authors hope that a working model such as this will inform future clinical practice with children with developmental delay demonstrating self-injury. 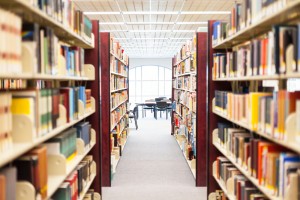 The authors reviewed the current body of literature around children who self-injure and looked specifically at the empirical evidence for different child-based characteristics that impact the development and maintenance of self-injury.

Despite the large number of studies used and drawn from in this paper, the author’s search strategies were not explained and so may call into question the relevance of all the studies included.

The authors then used the results from this body of literature to extend Guess and Carr’s (1991) current model of self-injury using the principles of operant learning. The current model has three stages to account for the development of self-injury, moving from the emergence of repetitive behaviours, through to these behaviours becoming sensitive to environmental reinforcement which leads to more severe behaviour.

However, the authors argue that this model does not account for the influence of the various child characteristics evidenced by the literature.

The authors of this paper first began by looking at the literature around child characteristics that may influence the development and maintenance of self-injury in children with developmental delay.

A thorough exploration of this literature led the authors to examine some particular characteristics and behavioural traits in further detail as potentially strong variables associated with the trajectory of self-injury.

These included behavioural dysregulation, pain and discomfort and movement disorders. Further exploration around the theory of operant learning and its influence on self-injury suggested that there is empirical evidence to lead the authors to base their extension of the current model along the principles of operant learning.

Their findings are explained below: 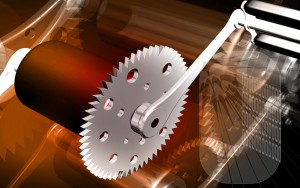 The authors therefore propose that this information should be included in the current model of self-injury to create a more robust and extensive account of the different trajectories within self-injury.

The proposed revision to Guess and Carr’s model is to add a fourth stage and to modify slightly the existing three stages to fit the results found above. The authors’ fourth stage is concerned with explaining more severe self-injury in which they describe that environmental events are now much less influential and that self-injury is no longer fully in the person’s control.

The authors then go on to describe how this new fourth stage, along with the original three stages, can be used to model the different trajectories of the development and maintenance of self-injury when impacted by the child-based characteristics identified in the literature. The authors focus on ASD and genetic disorders, painful health conditions and impaired behavioural control.

The authors also then discuss the implications for intervention that this finalised model may have. Firstly, the model demonstrates how the interplay of many risk factors along with the principles of operant learning leads to increased severity over time as patterns become established.

Due to this, early intervention is more likely to prove valuable for these children and young people. Secondly, the model demonstrates that in different stages, different factors are likely to interplay to push the development of self-injury along a particular trajectory

The authors reviewed a massive amount of literature and the scope of their search was very wide. The evidence base itself was robust, with a number of different study designs and much replication. This in one sense is reflective of the complexity of the self-injurious behaviour, however, one may wonder if the level of detail provided by the authors was necessary.

As such, the final paper is long and contains a number of discussions about risk factors explored by the authors that would make interesting review projects in their own right, and this may lead to future work looking at particular trajectories identified by the authors on their own.

The model proposed by the authors is able to encompass all this information about different risk factors, and appears to explain these trajectories clearly, using an evidence-based approach. This model itself has a number of clinical implications which are explored by the authors.

However, as suggested by the author’s themselves, the new model itself, must now come under the scrutiny of empirical testing to ensure itself validity and utility for professionals who work with children and young people with developmental delay for display self-injurious behaviours.

If verified, this model could prove to be very useful for any practitioners working with children or young people who self-injure by allowing formulation and care plans to focus on the individual risk factors alongside the potential risk factors associated with specific genetic syndromes or ASD identified in this paper. In turn, this may lead to more targeted use of intervention. 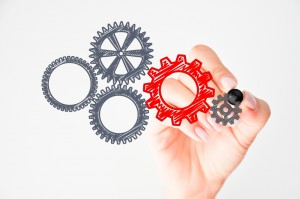