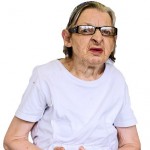 What they did was ask 14 support workers to complete a questionnaire which provided three vignettes looking at progressively worsening indicators of dementia in an older person with learning disabilities. The support workers were asked to explain what they thought might be happening and what they would do to support the person. They carried out a thematic analysis of the data from the questionnaires.

What they found was that few of the support workers had undergone any training in mental health issues, with only one having had training relating to supporting older people with learning disabilities. They proved generally poor at judging early and intermediate indicators of dementia, but much better at identifying the later signs. What was interesting to the researchers however is that the support workers in their study described these later signs advanced indicators as those associated with the onset of dementia.

They did find however, that having identified the signs, the actions they proposed were appropriate, for example, systematic observation and referral on to appropriate professional help. When asked about potential causation they often considered abuse as a causal factor.

The authors suggest that this small study adds to the evidence base regarding staff responses to dementia and identifies the need for training in the mental health needs of older people and in the early identification of indicators of dementia in people with learning disabilities.