Home » Posts » Populations and settings » advocacy » Self advocacy – what does it mean for those involved? 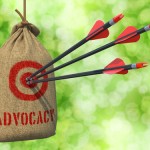 Self-advocacy for people with intellectual disabilities has a long history in the UK going back about thirty years (Goodley, 2001).

This research takes place in a context where self-advocacy is under threat (Goodley and Runswick-Cole, 2015); funding streams are being cut and the evidence suggests that the number of self-advocacy groups is falling (The National Forum for People with Learning Disabilities, 2011).

Recent research found that fewer people are able to access self-advocacy as cuts to personal budgets mean that they can no longer afford the personal assistance support or travel they need to attend (Goodley and Runswick-Cole, 2015).

As Macadam et al. (2013) point out, there is a lack of research about the value of self-advocacy currently available and, as the authors of this paper suggest, little information about its impact on people’s lives.

Six adults with intellectual disabilities (aged between 36 and 70) were interviewed about their experiences. Each participant took part in a group interview, two individual interviews and a final focus group interview.

The researchers used a semi-structured interview schedule developed in collaboration with the self-advocacy group they were working with. The interviews were subjected to thematic analysis. 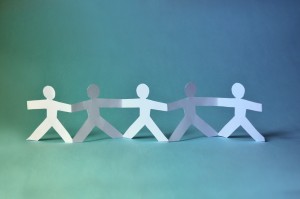 Self advocacy in the UK has a history going back to 1980s and this paper is based on interviews and focus groups with six people with learning disabilities.

From the data analysis, the research team identified four themes: being part of the group, self-development, self-determination and empowerment.

Participants understood ‘self-determination’ as being able to ask questions and to voice their opinions. Being able to speak up was a key experience for the self-advocates. Finally, ‘empowerment’ was characterized as being supported and being able to support others.

In the discussion section of the paper, the authors reflect on the impact of self-advocacy on the individual with relation to the themes.

They also describe the role of the group environment and the importance of the facilitator’s role in supporting a group of people with complex dynamics. They suggest that self-advocacy groups create a space where it is possible directly to address issues of power, though how far it is possible to effect change is unclear.

Nonetheless, the authors suggest that self-advocacy is best understood as both a personal and political endeavour.

The authors describe self-advocacy as a space in which individuals can develop a sense of self, while at the same time, they note the environmental threats to self-advocacy posed by commissioning and funding practices.

The authors conclude by stating that: “self-advocacy is contextual, dynamic and individual, reflecting the person and their history, abilities and interests” as well as outlining the key benefits of self-advocacy as the themes they identified: being part of the group, self-development, self-determination and empowerment. 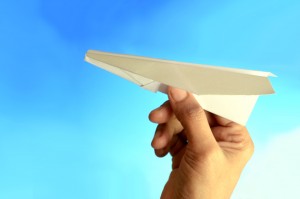 This small study found benefits of self-advocacy included being part of the group; self-development; self-determination and empowerment.

A major strength of this paper is that it offers an important contribution into an area in which there is an urgent need for contemporary research.

The study is a very small-scale qualitative study, however, it is important not to underestimate the richness of the data that can emerge from such inquiries.

Although the paper makes no explicit reference to the principles of participatory research, one of the strengths of the study is that participants were asked for their contribute to the analysis of their interview data.

The authors told us that the participants were all of white British origin and that two also had physical disabilities, but we know nothing of their other statuses in relation to gender, sexuality and class. Previous critiques of self-advocacy have pointed to the ‘whiteness’ and ‘maleness’ of groups (Goodley, 2001) and this point is not attended to here.

It was interesting to note that the participants in the study were aged between 36 and 70. This may reflect a growing concern that younger people are failing to engage with self-advocacy (Clark et al., 2015).

It is also worth noting that while funding for self-advocacy is already shrinking, changes to advocacy set out in the Care Act (HMSO, 2014) have led to a move to commissioning of generic advocacy services (for people with dementia, mental health issues and learning disabilities) and this has meant that organizations led by people with learning disabilities find themselves unable to bid for these generic contracts.

As the paper reminds us, self-advocacy for people with learning disabilities has emerged, in England, as a success story over the last thirty years. However, given the real and present structural threats to self-advocacy, its future hangs in the balance. If we fail to document and to acknowledge the role self-advocacy plays in people’s lives we risk losing it – for good. 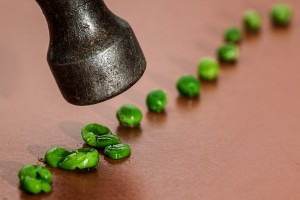 Advocacy is under threat because of changes to commissioning and funding processes.

Clarke, R. Camilleri, K., and Goding, L. (2015) What’s in it for me? The meaning of involvement in a self-advocacy group for six people with intellectual disabilities, Journal of Intellectual Disabilities, 19 (3) 230-250 [abstract]

Macadam, A., Watts, R., and Greig, R. (2013) The impact of advocacy for people who use social care services, London: National Institute of Health Research (NIHR).

The National Forum for People with Learning Disabilities (2011) Staying Strong but for how long? Available online at: www.bild.org.uk/EasySiteWeb/GatewayLink.aspx?alId=3747 Accessed on 21st October, 2015