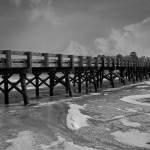 When most people are looking for a hotspot, they’re considering where they get internet magically from thin air or potentially whether they can have a smashing time at the local discotheque.  I don’t get out much. An alternative phrase in common use is that of the accident hotspot. This refers to a location where for whatever reason, accidents, usually due to traffic, are more common. Less commonly, but just as distressingly, if not more so, “hotspot” can follow the word “suicide.”

Suicide hotspots are defined as specific, accessible, and usually public sites that are frequently used as locations where people take their own life and have a reputation as such. The reputation is an important factor. If a site becomes well known for being a location where suicides are completed, then the chances of it being used for this purpose again increase. The media have a large role to play in this, i.e. do they spread the reputation of a suicide hotspot and do they consistently ignore media guidelines for reporting suicides? Is the Bear Pope catholic in the woods?

In built-up or metropolitan areas, suicide hotspots are likely to be bridges, tall buildings, car parks, or railway tracks. In less built-up areas, in villages or more rural regions, they are more likely to be cliffs or secluded woodland areas. As such the hotspot may actually offer the means for self-harm, e.g. by jumping from a tall structure or geographical formation, or simply be isolated, meaning that any attempt is unlikely to be interrupted by another person and is therefore more likely to be fatal.

Various interventions have been used in an attempt to prevent or reduce suicides at hotspots. These include: 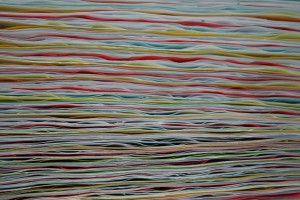 A systematic search of Medline, PsycINFO, and Scopus (the usual suspects when looking for psychological research, that, and down the back of the couch) for studies of interventions to prevent suicide at known hotspots was conducted. The interventions could be delivered in combination with others or in isolation.

For studies to be included in the final analysis they had to have been published in a scientific journal. Luckily, very few legitimate studies are printed on the back of crisp packets. Reviews, commentaries, editorials, conference proceedings, working papers, and reports were not included. The studies had to assess an intervention (or several interventions) at a suicide hotspot and had to provide data from before and after the intervention was put into place to be included. They also had to use completed suicide as the primary outcome variable.

Finally, studies had to present their data in a way that allowed the study to be grouped with others studying the same type of intervention.

A meta-analysis was conducted to assess the effectiveness of interventions that restrict access to means, encourage help-seeking, or increase the likelihood of intervention by a third party.

From the initial search, 8,196 articles were identified. After removing articles that appeared more than once, checking the titles and abstracts and removing studies, 23 articles representing 18 unique studies were left for inclusion in the analysis.

The interventions that were studied were as follows:

In total, 863 deaths by suicide occurred over 149·85 study-years (the total number of years across all studies included) before the interventions were introduced. This gives an average (mean) of 5·8 suicides per year.

After the interventions were introduced, 211 deaths by suicide occurred over 88·0 study years. This gives a mean of 2·4 suicides per year.  In six of 18 studies, the number of suicides dropped to zero in the post-intervention period. These numbers are lower than before, which is good, but are they low enough?

If only studies that looked at an intervention in isolation were included, restricting access to means was associated with a reduction in the risk of suicide, as was encouraging help-seeking. No studies assessed increasing the likelihood of intervention by a third party as an intervention on its own, so we can’t know about that one individually. 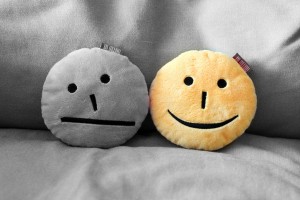 In six of the 18 studies, the number of suicides dropped to zero in the post-intervention period.

The authors concluded that the key approaches that are currently used as interventions to reduce completed suicides at suicide hotspots seem to be effective. They state that their analysis provides evidence that restricting access to means, encouraging help-seeking, and increasing the likelihood of intervention by a third party can reduce deaths by suicide at suicide hotspots.

The finding that interventions other than restricting access to means is an important one as restricting access to the means for completing suicide is not always possible. Communities often speak out against initiatives such as putting up barriers, often for reasons of aesthetics (e.g. barriers will spoil the view and we are awful and care more about seeing that distant thing than about distressed people not dying). People often argue restricting access to means will not work as people who aim to complete suicide will simply go elsewhere.  This is forgetting the seemingly logical argument that they MIGHT NOT, and that if something works to stop a bad thing, but not completely perfectly, that imperfection is not a reason not to do it. In addition, as the authors point out, studies suggest that although interventions that restrict access to means may result in some shifting of suicidal acts to other sites, deaths by the same method are still significantly reduced overall. Scienced.

The importance of the effectiveness of interventions other than restricting access to means is that such interventions are not always possible. Encouraging help-seeking and increasing the likelihood of intervention by a third party could therefore be important interventions at such hotspots, especially as is indicated by this research, they seem to work.

One important limitation of this research is only studies assessing completed suicides as an outcome were included, with attempted suicides that were not completed being excluded. The authors argue that their findings would not differ greatly as a result of this as methods used at suicide hotspots often have a high rate of fatality. However, including attempted suicides would still provide useful information, in that it could hint at if the interventions do what they say they do (e.g. Do interventions that increase the likelihood of interruption by a third party actually cause interruption by a third party? Do interventions that supposedly increase help-seeking do so? Are the numbers of attempts the same, but the number of completed suicides reduced?) We can’t know from this research.

It could be argued that this study is ignoring the broader picture of preventing suicide through other means, as suicide at hotspots is hardly the most common form death due to self-harm and perhaps we should focus on interventions that notice and help people in distress so that they don’t get to the stage of attempting suicide in the first place. However, firstly, you can’t assess all interventions at once, and deaths at suicide hotspots are still deaths that could be prevented. If we have interventions that work and we can show they work then we should do them. Secondly, looking at ALL interventions aiming to reduce suicide is unrealistic for one study. Studies can’t do everything at once, and not being able to do so isn’t a weakness. If it is, it’s one that applies to everything ever.

Unfortunately, no studies could be included that looked at interventions aiming  to encourage responsible media reporting of suicide. This isn’t a problem with the study as such, rather a problem with the evidence that was available to be studied. It seems that either this intervention is not being attempted, not enough studies are being performed looking at this intervention or encouragement of responsible media suicide reporting is not being reported. Ironic. 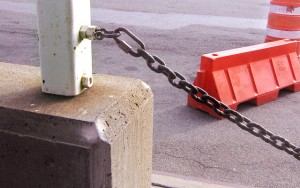 Restricting access to the means for completing suicide is not always possible.