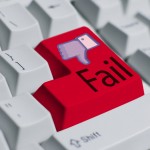 Bullying is just not good for you.  Here on Mental Elf, we’ve already picked some great examples of studies demonstrating this.  André blogged about how bullied children are more likely to develop psychosis, and how bullies are at higher risk for teen pregnancy, and not so long ago, I told you how Wolke et al demonstrated that victims, bully-victims and even bullies themselves have an increased risk of psychosis-like symptoms at age 18 due to involvement in bullying. We’re all quite clear, then, that being bullied carries serious risks to your emotional and physical health.

In fact, researchers are now suggesting that peer victimization may even result in elevated risk of suicidal ideation and suicide attempts in adolescents. If this is the case, it is an important connection to make: suicide is one of the leading causes of death in adolescents worldwide (Eaton et al, 2005; Gould et al, 2003; as cited in van Geel, Vedder and Tanilon, 2014) and the charity Young Minds reports that 6.2% of 16 to 24 year olds have made a suicide attempt at some point in their lives.  So any clues we can find as to what factors might increase the risk of suicidal thinking and behaviour in young people are important for informing how we prevent these issues arising and help young people already experiencing these difficulties. But is bullying one of those factors?  If only there was a way we could put all the existing evidence together and come up with a robust answer… Thank you, van Geel, Vedder and Tanilon (2014) for swooping to the rescue with a brilliant meta-analysis which seeks to establish the exact relationship between bullying and suicidality in children and adolescents.

Van Geel, Vedder and Tanilon searched PsycINFO, Web of Science and Medline for papers related to bullying, victimization and suicidality.  They also searched through the references of these papers to find further studies relevant to their meta-analysis.  In their search, they covered 7 different languages, and included book chapters, unpublished articles, dissertations and conference posters. The authors only selected papers that covered peers bullying their peer-victims (i.e. not parents/teachers/strangers and not assaults/robberies etc).  They ensured that they only chose studies where participants were aged 21 or under, and were from a generalizable population (i.e. not clinical samples or samples from youth detention centres).  Studies could include either self-report or informant measures, “traditional” or cyberbullying (peer victimisation via social media, text messages etc), but studies where deliberate self-harm was measured with no separate suicidality outcome were excluded. The researchers looked at suicidal ideation (thoughts about carrying out a suicide attempt, wishing one was dead etc) separately to suicide attempts (acting on those thoughts).  This is because these two aspects of suicidality may have different relationships with bullying, and although ideation is a risk factor for later suicide attempts, it is in itself a significant sign of distress. Although suicidal ideation is a risk factor for later suicide attempts, it is in itself a significant sign of distress.

Van Geel and colleagues ended up with 34 studies with which to analyse the relationship between peer victimisation and suicidal ideation (N = 284,375) and 9 studies addressing bullying and suicide attempts (N = 70,102).  The age range covered by these studies was 9 to 21 years of age.  From these resulting studies, van Geel and colleagues calculated Odds Ratios (ORs) to analyse their research questions: This meta-analysis has been carried out well; the search for papers was relatively thorough (although they did not look at Embase) and the research questions have been thoughtfully selected. The authors have demonstrated a clear link between peer-to-peer bullying and suicidal thoughts and behaviour in young people.  The link between bullying and suicidal ideation is a risk factor equally for boys as girls, older and younger children and even for victims and bully-victims.

In brief, bullying is a potent risk factor for suicidal thinking in young people of all kinds. It is a particular strength of this meta-analysis that these factors were assessed separately where possible: for example, young men can too often be stereotyped as “acting out” when in distress, rather than feeling low and suicidal – this meta-analysis shows that bullying is as likely to lead to suicidal thoughts in males as in females.  Equally, it is important to be aware that bullying is a risk factor for suicidal ideation in younger children as well as adolescents when working with this group.

I am particularly impressed that van Geel, Vedder and Tanilon looked at cyberbullying and “traditional” bullying separately.  Cyberbullying is a problem that appears to be increasingly common, with the media picking up on stories of adolescents completing suicide after having been targeted by their peers via social media. However, it’s also important to keep in mind that van Geel et al’s finding of a stronger link between bullying and suicidal ideation for cyberbullying was the result of analysing just three studies, and as such is not the most reliable finding.  In fact, lack of data was (yet again), one of the biggest limitations of this meta-analysis.  Lack of data meant that the link between bullying and suicide attempts could not be investigated in more detail to find any differences between genders, ages or “traditional” versus cyber-bullying.  There were too few studies including data on previous suicide attempts, and any studies including data on previous mental health problems covered such a wide range that it was difficult to compare studies, leaving these two potentially confounding factors in the mix when the data was analysed. Also, this study was cross-sectional due to the lack of available longitudinal data.  And van Geel, Vedder and Tanilon highlight that they use a broad definition of “peer victimisation” and “suicidal ideation” (although, to me, this doesn’t seem too much like a limitation, since if anything, it may improve the generalizability of their findings). Perhaps more importantly for our interest in preventing adolescent suicide:

only 2 studies focused on the relationship between peer victimisation and suicide attempts resulting in hospitalisation, and only 1 study included actual suicide.

This might be important to have more data on in future!  Whilst suicidal ideation is a risk factor for suicide attempts, and attempts at suicide are a risk factor for future death by suicide, these are proximal behaviours which we can’t necessarily assume to have a linear relationship with each other and with suicide rates. Nevertheless, van Geel and colleagues comment that:

efforts should continue to identify and help victims of bullying, as well as to create bullying prevention and intervention programs that work.

Which is something I’m sure we can all agree on.  And when it comes to helping victims of cyberbullying and campaigning for bullying prevention, I’d like to (once again) highlight the brilliant work of the BB Group, who offer online peer-support and access to counselling for young people experiencing bullying (and cyberbullying in particular) through BeatBullying (beatbullying.org), and peer-support, counselling and self-help for young people feeling anxious or down through Mindfull (mindfull.org).

This meta-analysis has highlighted the need for more research in this area, particularly studies measuring suicide attempts and deaths by suicide.  It has also shown a clear link between young people’s experiences of bullying and their experiences of suicidality.  This is where professionals working with young people need to be aware: the link does exist, and it exists regardless of age or gender (in relation to suicidal thinking).  Helping to minimise the emotional impact of bullying, assessing and addressing low mood and suicidal thoughts and signposting to support networks will be important in the light of this finding.  Perhaps research into the best ways to “break” the connection between bullying and suicidality and how best to prevent peer victimisation should also be at the top of our elvish wishlist..!

Last reply was September 8, 2014
Try out our members features!