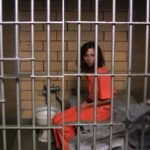 One thing we can be pretty sure of is that there is a relationship between substance use and crime. The link is complicated, and certainly isn’t as simple as ‘drugs cause crime.’ However, people at every stage of the criminal justice system evidence higher levels of substance use than the general population, and imprisonment is the hard end of that system.

Understanding the scale of drug and alcohol problems in prisoners helps us to provide better responses to a range of issues. People who are unable to access treatment are at increased risk of experiencing a range of negative outcomes, including bullying, exploitation, and suicide. A lack of adequate treatment can also lead to poor outcomes on release, including a greatly increased risk of death from overdose, and increased offending.

Gender is an important factor here. Women prisoners make up just 3-10% of the prison population in most Western countries, have more complex needs, and often engage in greater levels of drug taking and self-harm (e.g. Corston 2007).

These factors motivated this team of researchers to review the evidence on levels of drug and alcohol problems in men and women prisoners, and to explore the reasons that some studies come up with different findings. 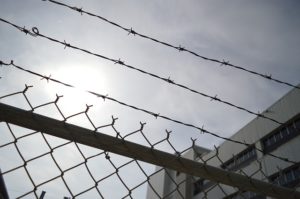 This new review included studies focusing on the levels of drug and alcohol problems in men and women prisoners.

The authors chose clear and specific selection criteria, searching for papers published between 1966 and 2014 that diagnosed ‘alcohol use disorder’ and ‘drug use disorder’ according to criteria set out in the DSM and ICD (two widely-used diagnostic texts). This is a very good way of making sure that results can be pooled across multiple countries, but the decision to exclude some other types of evidence (such as prisoners’ self-reported drug use) means that a lot of the evidence that shapes our understanding of national patterns of drug use, and informs national policy, is not included here.

Studies were only included if they based diagnoses on prisoners’ drinking and drug use in the year before they were imprisoned, and assessed people within three months of arriving in a given prison.

Studies focusing on targeted groups of prisoners (for example, those who wanted treatment) were also excluded. The aim was to assess levels of treatment needed for prisons’ general populations.

Random-effects meta-analysis, and subgroup and meta-regression analyses were conducted. PRISMA guidelines were followed.

The authors identified a total of 24 studies from ten countries, providing a total sample of 18,388 individuals. Two-fifths of participants were from the USA, and (nearly) two-thirds were men.

Thirteen studies identified that 30% of men (95% CI 22 to 38%) had drug use disorders. The estimates of individual studies varied considerably, from 10-61%. 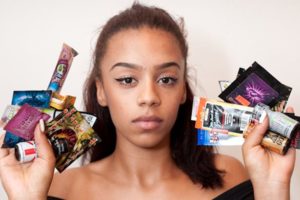 In this systematic review, women in prison were found to have significantly more drug problems than men.

The authors conclude that both drug and alcohol use disorders are highly prevalent in prison populations, with much greater levels of need than are evident in the community. This was particularly the case for drug problems in women prisoners.

Importantly, the lowest prevalence study in women found that 30% had a drug use disorder. This can be contrasted with US community samples, where 3.4% of men and 1.9% of women had such a disorder.

They point out that this makes a very strong case for improved treatment services in prison, focusing particularly on:

Pulling together the findings of a large group of international studies is a tough challenge, and as a result some systematic reviews struggle to amalgamate findings. The authors of this review have managed to do this by using a specific, widely-used clinical definition of drug and alcohol use, and this has allowed them to assess the pooled prevalence of substance abuse from a population of over 18,000 prisoners from ten countries. This is a real achievement.

However, this also raises questions about the role of context. The authors note that national differences in drug and alcohol use might be important, but (speaking as a criminologist) changes in the use of imprisonment across space and time also appear quite important. In 1966, England and Wales had approximately 30,000 prisoners; as I write, there are 85,356. Similarly, the USA currently imprisons 666 people per 100,000 of its population, putting it second in the world rankings of 222 nations. Contrastingly, Iceland imprisons 37 people per 100,000, putting it 210th in the same list. You have to work pretty hard to become one of Iceland’s 116 male prisoners, so it makes pretty good sense that the one Icelandic study identifies the highest levels of men’s drug and alcohol related need.

Additionally, the authors’ decision to exclude some sources of data (such as self-report) means that some of the best evidence we have on (for example) treatment need in UK prison populations was not reviewed.

What this paper does exceedingly well is identify that there are very high levels of treatment need in prison populations (both women and men). In this, it fits into a broad and consistent tapestry of evidence. We know that lots (and lots) of prisoners have drug and alcohol problems.

The best recent evidence highlights that appropriate treatment can cut all-cause mortality in ex-prisoners with histories of opiate dependence by 75%, and deaths from overdose by 85% (Marsden et al., 2017). We know that women prisoners have higher levels of drug-related need, and remain at greater risk when released (Farrell and Marsden 2008).

Given the consistency and strength of the evidence, the imperative for policy makers is surely to make adequate levels of funding and provision available for the levels of known (and repeatedly identified) need.

For practitioners, this translates into a continuing mandate to deliver core treatment components effectively: 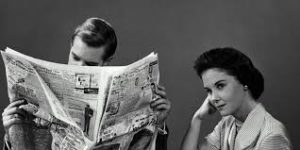 Corston J (2006) The Corston Report. A Report by Baroness Jean Corston of a Review of Women with Particular Vulnerabilities in the Criminal Justice System. London: Home Office

Last reply was October 11, 2017
Try out our members features!