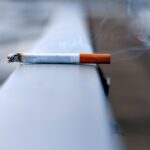 Smoking remains the largest preventable single cause of morbidity and mortality in Britain (Public Health England, 2020). The message around the detrimental impact of smoking on “health and wealth” seems to be spreading across the general population, which has encouragingly led smoking rates to fall over the years (ASH, 2020).

However, this is not the case for people with mental health conditions, who still smoke significantly more and are at higher risk of being dependent on nicotine (Nursing Times, 2020). The factors influencing this inequality are well-researched, complex, and intertwining. Although it has been evidenced for many years that mental health service users die 15-20 years earlier (Public Health England, 2018), often as a result of preventable physical health conditions, there has been statistically very limited movement forward in terms of reducing and closing this mortality gap.

In aiming to stop smoking in public spaces, The Health Act (2006) banned smoking in all enclosed areas from July 2007, with an extension granted to mental health settings until July 2008. In 2013, it was urged that NHS hospitals and clinics should become completely ‘smoke-free’ to create a culture whereby smoking is no longer considered ‘the norm’ (NICE, 2013). NICE guidelines also recommend that all NHS-funded secondary care sites should now be completely smoke-free, including inpatient mental health facilities.

However, in practice, this presents various practical, social and ethical challenges. For patients already struggling acutely with their mental health, abrupt cessation of smoking due to entering the hospital environment can be a huge added challenge. Furthermore, for healthcare professionals aiming to build rapport and trust with their patients, adapting their role to become ‘smoke-free police’ can be an additional antecedent to conflict.

This inevitably provokes the question: what interventions might best support individuals with mental health conditions to stop smoking upon entering a mental health hospital?

In this cluster-randomised parallel study, Chan et al. (2020) set out to compare the effectiveness and acceptability of three different forms of Nicotine Replacement Therapy (NRT) in mental health inpatient units. 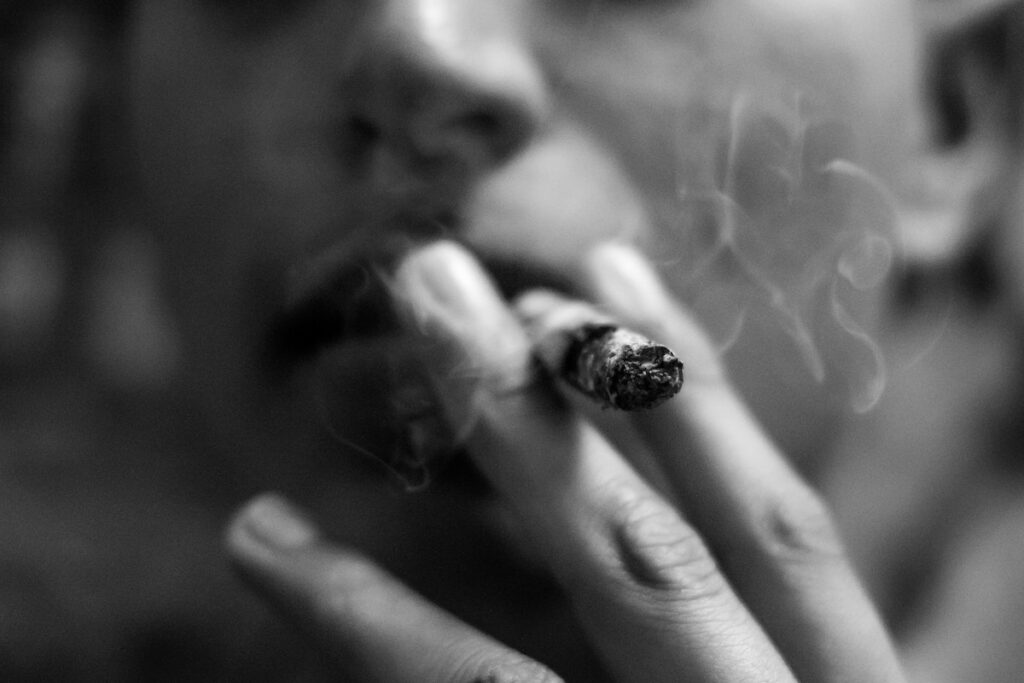 Patients from the Taoyuan Psychiatric Center in Taipei, Taiwan were invited to participate in the study for 8 weeks. The aim of the study was to compare the effectiveness and acceptability of nicotine inhalers, nicotine gum and nicotine patches for smoking reduction. The participants were 18 years or above, of any gender, and met the DSM criteria for nicotine dependence. The inclusion criteria stipulated participants needed a Fagerström Test for Nicotine Dependence (FTND) score of >4 and smoked at least 10 cigarettes per day.

310 patients on the acute wards were randomised and prescribed either nicotine inhalers (N=184), gum (N=71) or patches (N=55). The brands and dosage forms of the 3 NRTs were Nicorette Inhaler 10mg/cartridge, Nicotinell Mint 2mg/tablet and Smokefree 20mg/patch. The study commenced with participants receiving a maximum of 40mg nicotine through NRT per day. The tapering schedule for the study was set to reduce maximum doses by 25% every 2 weeks.

The primary outcome measure was exhaled breath carbon monoxide (CO) level change. The exhaled carbon monoxide test is a tool used to monitor smoking and shows whether an individual is being exposed to dangerous levels of carbon monoxide. It provides visible proof of the harm caused by smoking and it gives individuals a measure to chart their progress after they stop smoking. The study had 3 time points where measurements were taken: at baseline, at mid-point (week 4) and at end-point (week 8). Secondary outcomes included changes in nicotine withdrawal symptoms and psychiatric symptom severity.

Overall, the average age was 36 years old. Psychotic and mood disorders accounted for the majority of primary psychiatric diagnoses in all groups. Inpatients were prescribed medications for their mental health as clinically-necessary throughout the study. Participants mainly comprised of patients with psychiatric symptoms of moderate severity, measured by the Clinical Global Impression Score (CGI-S). The average duration of cigarette smoking at baseline was approximately 10 years.

There were no significant between-group differences at baseline regarding age, distribution of diagnoses, duration of psychiatric illnesses, number of prior psychiatric admissions, duration of cigarette smoking, body weight, exhaled breath CO level, and FTND total score. However, the inhaler group had a significantly higher proportion of males, whereas the gum group presented with more severe psychiatric symptoms.

The main findings included the following: 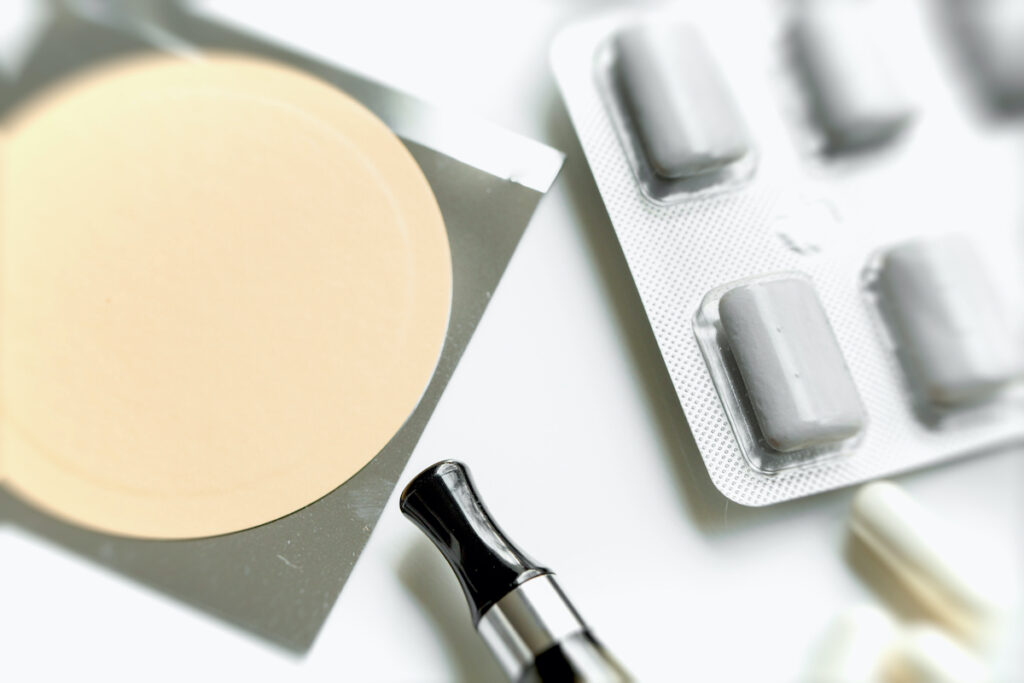 For inpatients with psychiatric symptoms of moderate severity, this study suggests that people using nicotine inhalers were more successful than those using gum or patches. There were no severe adverse reactions to the nicotine replacement therapies.

The findings of this study suggest that nicotine inhalers may be a better option for smoking reduction in terms of efficacy and tolerability in mental health inpatients, particularly during the first 4 weeks of treatment. Mental health inpatients may respond better to nicotine-replacement therapies with a faster absorption rate. 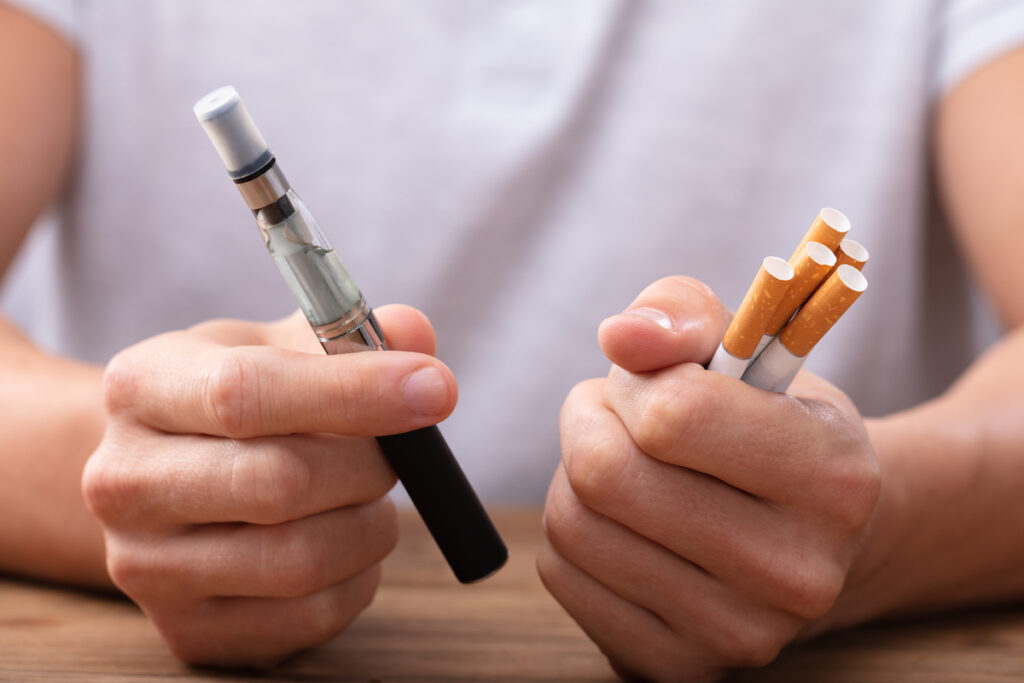 The study claims to be the first randomised study comparing the effectiveness and acceptability of different NRTs in achieving smoking reduction among acute mental health inpatients. Any study focusing on this area has got to be a positive thing.

However, there are also various limitations of the study. The participants were not blinded, as understandably this was not feasible due to the nature of NRTs, therefore some of the results (particularly in rating withdrawal symptoms) were possibly caused by a placebo effect. Measurement bias could also potentially have been caused due to the use of rating scales.

It should also be acknowledged that the decrease in patients’ psychiatric symptoms from using NRT could be attributed to the progression of their psychiatric treatment throughout their admission to hospital, rather than the NRT alone.

It would have been interesting and helpful to see some data from the patients on self-reported smoking status and motivation to stop smoking, which is felt to be very relevant in successful quit attempts. It would also be interesting to have more information included regarding the weekly group psychoeducation that was facilitated, and how this might have impacted on smoking cessation for the participants. 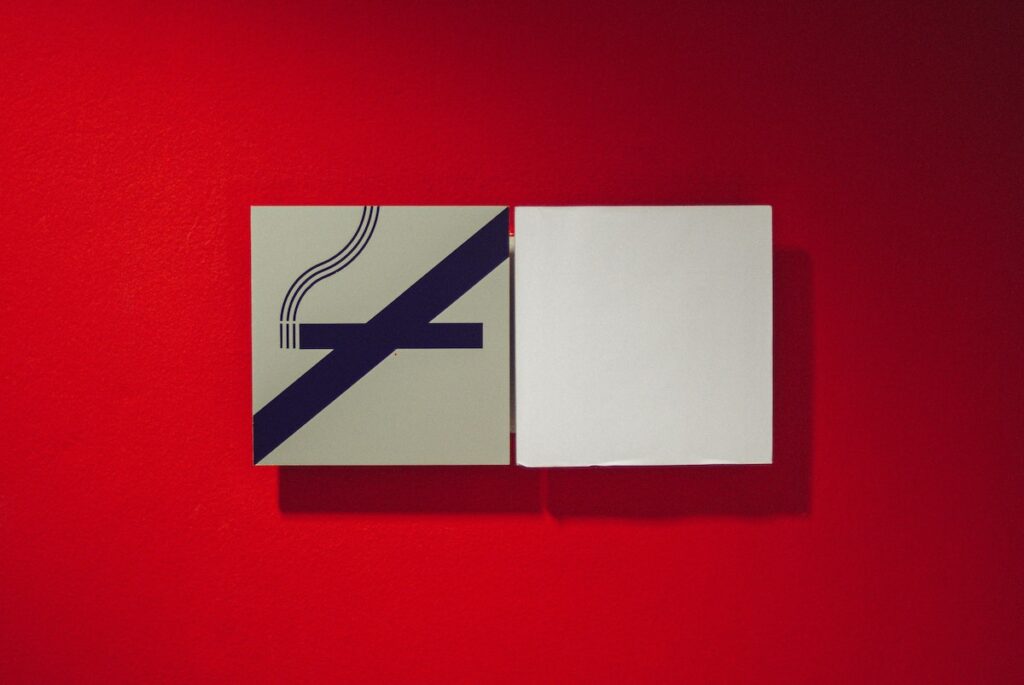 With such a range of different NRT products available in today’s climate, the results of the study could guide professionals in choosing among smoking reduction treatments for acute mental health inpatients.

For Trusts obliged to turn ‘Smoke-Free’ as per policy, the findings could help in identifying which NRT to utilise for patients on admission as a ‘first-line’, with a recognition that some products enable nicotine to be absorbed quicker than others and support the ‘hand-to-mouth’ habit. It is hoped that this can help inpatients to not only reduce their smoking to improve health outcomes, but also reduce withdrawal symptoms as a result of abrupt cessation, such as irritability, anxiety and intense cravings.

In thinking about mental health service users quitting smoking in the wider sense, it is unlikely that one NRT product used in isolation will enable a successful and sustained quit. We know that stopping smoking and sustaining abstinence takes a considerable amount of motivation from the individual. It would therefore be interesting to see further studies exploring how inpatient quit attempts have impacted longer-term change in the community, and whether admissions are providing an effective opportunity to commence this work, despite this being initially in a compulsory manner.

Although stopping smoking is a priority, it is important to also consider the impact this has on other physical health aspects, such as weight. It is common for individuals stopping smoking to gain weight, which can also lead to preventable physical health conditions and complications. Mental health professionals should be mindful of this, by simultaneously providing psychoeducation around exercise and a healthy lifestyle. Involving multi-disciplinary professionals in this journey, such as physiotherapists and dieticians is key to successful outcomes. In consideration of this, mental health practitioners globally should strengthen patient motivation for smoking cessation and incorporate newer technologies. Future strategies to improve patient’s motivation may be warranted in order to overcome the hurdles of smoking cessation in people with mental illness in the future. 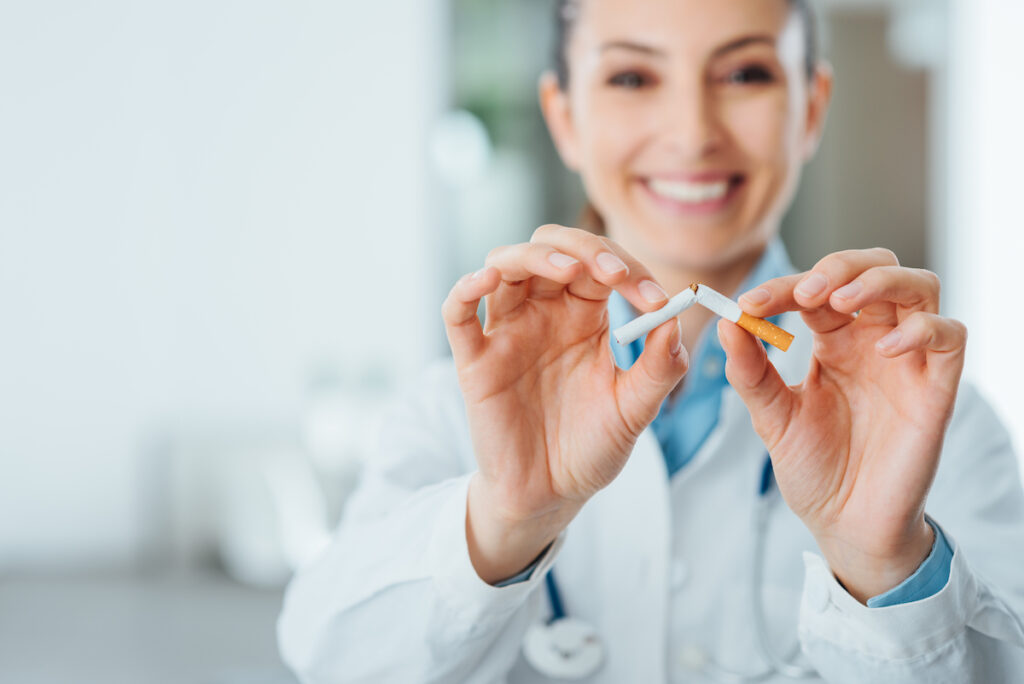 A key role of mental health practitioners is to find ways to strengthen motivation for smoking reduction, adapt bespoke ways to support their service users and provide psychoeducation for a healthy lifestyle, alongside using nicotine-replacement therapy with the strongest evidence-base.

Action on Smoking and Health (2020) Smoking statistics. Available from: https://ash.org.uk/wp-content/uploads/2019/10/SmokingStatistics.pdf

The National Archives (2006) The Health Act. Available from: https://www.legislation.gov.uk/ukpga/2006/28/contents