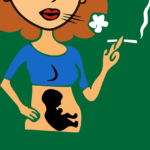 Approximately 8% of woman in the United States smoke when pregnant. Nicotine and carbon monoxide are able to cross the placenta and we know that they can directly (and indirectly) affect foetal neurodevelopment. Because of this, maternal smoking during pregnancy (SDP) is associated with behavioural and neurodevelopmental problems in offspring, and thus may represent a modifiable risk factor for severe mental illness (SMI). Research has demonstrated an increased risk of SMIs including, schizophrenia (and related-symptomology) and bipolar risk in the development of offspring of mothers who smoked during pregnancy.

There is some debate as to the nature and magnitude of causality of SDP on SMI. Some observational studies demonstrate inconsistent effects. Furthermore, studies that take into account parental characteristics such as maternal age and psychiatric history, demonstrate an attenuated influence of SDP. This suggests the effect may be somewhat or wholly driven by (often unmeasured) familial factors.

In a recent study published in JAMA Psychiatry, the authors set out to examine associations between smoking during pregnancy and severe mental illnesses in offspring, in a large population-based cohort from Sweden. 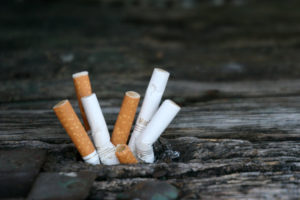 Maternal smoking during pregnancy is associated with behavioural and neurodevelopmental problems in offspring.

Data was collected from a number of sources including the Swedish Medical Birth Register, Multi-general Register, Crime, Educational and Patient Registers, and cause of death registers from January 1983 to December 2001. Following removal of missing and unavailable data, the authors identified 1,680,219 single births registered during this period.

Importantly, the authors compared the associations to those with discordant cousins or siblings in the same family. These comparisons (particularly the sibling comparisons) enabled stronger tests of causality of smoking. If no association persisted when taking into account siblings in which smoking was discordant, this suggests SDP does not influence the development of SMI. 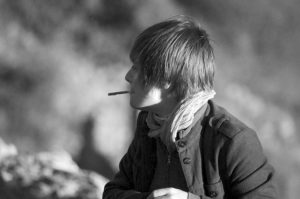 This study failed to find support for a causal effect of smoking during pregnancy on risk of severe mental illness in offspring.

The data from this study demonstrated that smoking during pregnancy (SDP) increased the risk of severe mental illness (SMI). However, when adjusting for maternal and paternal covariates and unmeasured familial confounding these associations were significantly attenuated. This suggests that the link between SDP and the development of SMI can be explained by measured and unmeasured factors shared by siblings.

The study is not without limitations:

To conclude, this population study adds to the literature to demonstrate that when controlling for unmeasured familial covariates there is no link between smoking during pregnancy and the development of severe mental illness. Furthermore, the population-level association can be explained by measured and unmeasured factors shared by siblings. Importantly, an interesting editorial comment on the paper states that: “with observational data, we can never be certain about causal processes. We can only seek for increased confidence that causal effects are likely present.” 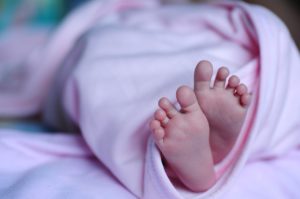 So, smoking during pregnancy may not increase the risk of severe mental illness in the offspring, but it’s still a very bad idea for many other reasons.

Chudal R, Brown AS, Gissler M, Suominem A,  Sourander A (2015). Is maternal smoking during pregnancy associated with bipolar disorder in offspring. Journal of Affective Disorders, 171; 132-136