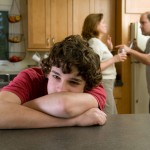 Prevention is better than cure, right? When it comes to preventing drug- and alcohol-misuse, children of substance-abusing parents are a really important group to work with, as they are at higher risk of developing their own subtance-related problems, or other mental health problems, than their peers from non-substance-using families.

My cousin the Lifestyle Elf has highlighted a new systematic review from Germany that has brought together evidence on interventions aimed at this group. The authors searched for studies published between 1994 and 2009 and found 13 suitable for inclusion, including seven randomised controlled trials, evaluating nine programmes. One programme was community-based, four in schools and four with families. Most lasted between 8 and 14 weeks with weekly sessions of approximately 90 minutes. Content varied but common themes were coping with emotions, problem solving, education on drugs and addiction and family relations.There was one study each from Canada and Spain, while the rest were from the US.

The few available studies provide some preliminary evidence to suggest that programmes may be effective, especially when they lasted longer than ten weeks and when they involved children’s, parenting, and family skills training components,

even though some study results seem promising, evidence is still too mixed for definite conclusions on “what worked best”. This is especially true for school-based programs.

They call for more, high quality evaluations, with a focus on the impact of different programme components and delivery methods and exploring long-term effects on children’s substance use, delinquency, mental health, physical health and school performance.