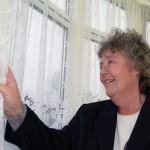 What’s the relationship between violence and psychosis? It’s an emotive debate that’s been running for years. On the one hand we have the net curtain-twitching, tabloid-reading brigade who picture axe-wielding psychopaths as soon as they read the word schizophrenia. On the other we have patients, carers, mental health charities and many clinicians who claim that it’s a myth and people with psychosis are no more likely to commit violent acts than anyone else.

An important systematic review was published in PLOS Medicine in 2009, which compared the risk of violence in people with schizophrenia and other psychoses with the general population (Fazel 2009). This well conducted review reported that men with schizophrenia were (on average) 4-5 times as likely to commit a violent act as a man in the general population. The review reported that a woman with schizophrenia was 8 times as likely to commit a violent act, but there was considerable variation between the odds ratios in the individual studies including women.

The reviewers of this 2009 paper concluded that:

Schizophrenia and other psychoses are associated with violence and violent offending, particularly homicide. However, most of the excess risk appears to be mediated by substance abuse comorbidity. The risk in these patients with comorbidity is similar to that for substance abuse without psychosis. Public health strategies for violence reduction could consider focusing on the primary and secondary prevention of substance abuse. Of course, you can’t tell if someone has psychosis by looking at their face

These reliable findings may be surprising to some people, so what’s going on here? Well of course this isn’t good news for anyone who is trying to destigmatize mental illness, particularly those people living or working with severe mental health conditions like schizophrenia. But surely, rather than sticking our heads in the sand and ignoring this evidence, it makes sense to find out more about the various risk factors and protective factors that influence violence in people with psychosis?

I’m certainly keen to find out more, so I was delighted to see another systematic review and meta-regression analysis published this week in PLOS One. This time the review focused on the different factors that may increase or decrease the risk of violence.

The reviewers searched a wide range of databases for studies that included adults with a DSM or ICD diagnosis of schizophrenia, bipolar disorder and other psychoses.

The studies all had to investigate violent outcomes such as aggression, hostility, or violent offending. They also had to be RCTs, cohort, case-control or cross-sectional studies.

The reviewers only included risk factors or protective factors that were reported in 3 or more studies and they conducted a meta-regression analysis to measure the variation (heterogeneity) between different studies.

One interesting technique that makes the final paper much more readable (and usable by clinicians and researchers) is the novel meta-epidemiological approach that organised the risk and protective factors into different psychosocial and clinical domains.

This review confirms the strong association between criminal history and violence risk in psychosis and it also demonstrates that certain dynamic factors are potentially important for assessment and management of violence risk. These dynamic factors include: hostile behaviour, poor impulse control, lack of insight, general symptom scores, recent alcohol and/or drug misuse, and non-adherence with psychological therapies and medication.

I urge anyone with an interest in this topic to take the time to read the full papers (links below). They are both very readable and there’s a huge amount of fascinating detail in them that I didn’t have room for in this short blog.