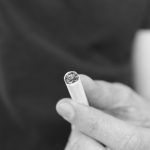 Smoking in the general population is on the decline. However, in people with severe mental disorders (SMDs) such as schizophrenia and bipolar disorder the estimated smoking prevalence rate is anywhere between 50-80%. High rates of medical morbidity and severely reduced life expectancy are associated with increased prevalence rates in these individuals.

Pharmacological treatments for smoking cessation are effective in the general population. We have blogged extensively about the efficacy, tolerability and cost-effectiveness of the three main treatments; transdermal nicotine patches (TNP), varenicline and bupropion.

There is emerging evidence to suggest individuals with SMDs are often motivated to quit and pharmacological treatments in those with SMDs are similarly effective. Despite these promising findings, treatments are often under-utilised, with one study finding less than one third of clinicians advising patients about smoking cessation. Underlying reasons may include medical stigma, and concerns over tolerability (however, see my previous blog on smoking cessation in severe mental illness).

In a recent study published in Schizophrenia Research, the authors set out to examine the clinical efficacy, safety and tolerability of a multi-component smoking cessation support programme for individuals with SMDs. They aimed to avoid limitations of previous studies by developing specific programmes based on the needs of the person with SMD and carry out the trial in ‘real-world’ settings. 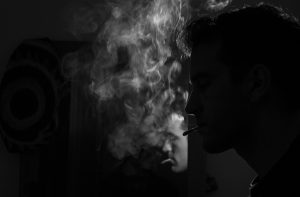 The authors conducted a non-randomized, open-label, prospective, multicentre study – conducted over three sites within Spain, over a two year period. They recruited outpatients who smoked > 15 cigarettes per day with a diagnosis of a severe mental disorder, in this case schizophrenia, schizoaffective or bipolar disorder.

The treatment consisted of two phases:

Eighty-two participants were enrolled into the study, 74.4% with schizophrenia or schizoaffective disorder and 25.6% with bipolar disorder. Of 78 patients that were included in the active treatment phase (four dropped out) 3 received bupropion, 36 received TNP and 39 received varenicline. Due to the low number of individuals receiving bupropion it was no included in statistical analyses. Retention rates were 61.3% at week 12, 48% at week 24 and 46.6% at week 36.

At the end of the 12 week active treatment phase 53.3% of patients reported previous 7-day smoking abstinence, which was confirmed by breath CO levels in 92.5% of cases. There was no significant difference in abstinence rates between TNP and varenicline (X2 = 0.015, p = 1.00).

No patients made suicide attempts or required hospitalisation during the 12 week active treatment period. There were significant increases in Body Mass Index but this was not different between the medications (varenicline 1.0 ± 1.3 / TNP 0.5 ± 0.9: t = 1.60, p = .115). There was some evidence to suggest that individuals administered varenicline more frequently presented with nausea/vomiting, whilst individuals administered TNP experienced skin reactions. 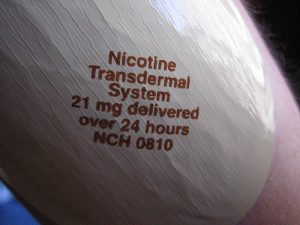 This trial saw a 50% cessation rate in individuals treated with transdermal nicotine patches or varenicline.

The results of this open-label trial of a multi-component smoking cessation programme in those with SMDs demonstrated a 50% cessation rate in individuals treated with transdermal nicotine patches or varenicline. These rates are higher than previously published research and the authors suggest that this may be related to the study design which included:

The main strength of this study was that it was conducted in the community, thus having high external validity. There are also limitations to this study. Firstly, there was a relatively small sample (78 patients) and a large dropout rate which limits the statistical power. Secondly, no comparisons were made with bupropion due to only 3 patients being prescribed this treatment. Finally, the treatment was not randomised which may increase the risk of biases.

To conclude, this study suggests that it is feasible and safe to administer pharmacological treatments for smoking cessation to individuals with severe mental disorders. Future studies should attempt to replicate these findings with larger samples and examine the comparative efficacy of other treatments such as bupropion. 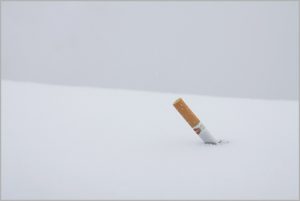 This ‘real-world’ study suggests that it is feasible to support smoking cessation in people with severe mental disorders.