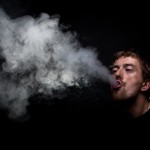 Some readers will be aware that the Mental Elf is no loner.  I have a number of elfin cousins who also run websites that help busy professionals keep up to date with the latest research, policy and guidance in their field. One such site is The Lifestyle Elf, and she has written a blog recently that will be of interest to mental health professionals:

What takes around seven seconds to reach your brain from your mouth? Nicotine. Once there, it alters a number of chemicals, producing both calming and stimulating effects. It is, of course, highly addictive and the body’s nervous system becomes dependent on its effects. Withdrawing from nicotine produces an array of unpleasant effects, ranging from low mood and anxiety to constipation and tiredness.

There is a class of drugs called nicotine receptor partial agonists which may help those trying to quit, by reducing both the pain of withdrawing and the pleasure of smoking. This week an updated version of a Cochrane review has been published on the effectiveness and tolerability of some of these drugs, including cytisine, dianicline, bupropion and varenicline.  A systematic and comprehensive search yielded 24 randomised controlled trials (RCTs) suitable for inclusion. To be included, studies had to measure abstinence from smoking for at least six months. The bulk of the evidence relates to varenicline, for which there were twenty good quality trials, involving over 12,000 people. Here’s what they found:

A note on the availability of cytisine (Tabex):

Cytisine is not licensed for use as a smoking cessation aid in the European Union or in the USA, but there is increasing interest in this drug, which was developed in the 1960s in Bulgaria and is available in some eastern and central European countries. This review cites two recent studies which have highlighted its potential as an affordable drug for smoking cessation, particularly in countries with lower average incomes and where smoking cessation programmes are not supported by insurance plans or by a national health service. They also note that in New Zealand, where it is found in the seeds of the native Kowhai tree, widely used in traditional Maori healing, a large randomised trial comparing cytisine with nicotine replacement therapy is underway and results are expected next year.

Cochrane summary of this review.