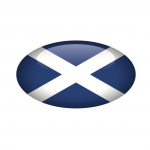 The Scottish Government have published their annual summary of prescribing statistics for mental health drugs. The report shows increases in the prescribing rates for all groups of drugs over the last 12 months.

The prescribing costs of some groups of drugs have also risen (ADHD, dementia, depression) although other groups have seen a decline (insomnia and anxiety, psychoses and related disorders).

The report is divided into 5 categories:

This data will inevitably raise further concerns about the over-prescribing of drugs to certain groups within our communities (e.g. people with ADHD or dementia), which will no doubt be counterbalanced by politicians claiming that the figures reflect effective diagnosis and treatment of mental health conditions, in line with good clinical practice.