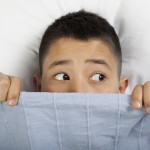 NICE have recently started publishing a series of evidence summaries looking at unlicensed and off-label medicines. The second summary in the series looks at the use of prolonged-release melatonin tablets as a treatment for sleep disorders in children and young people with attention deficit hyperactivity disorder (ADHD).

Future mental health summaries include ‘Quetiapine for generalised anxiety disorder’, which is due for publication in April 2013.

The aim of these evidence summaries is to help healthcare professionals and patients make treatment decisions where there are no clinically-appropriate licensed alternatives. The summaries seek to tackle areas where there are large variations in practice and uncertainties about the benefits and risks of the unlicensed or off-label medicine.

Melatonin is a good example of this kind of treatment. It’s a naturally occurring hormone produced by the brain, which is involved in regulating sleep patterns. It’s licensed for treating sleep disorders in people over 55, but using the prolonged-release drug in young people is known as “off-label”. There is also another form of the drug, called “immediate-release” capsules, tablets or liquids, but these are not licensed for any patients in the UK and are therefore known as “unlicensed”.

The symptoms of ADHD include inattentiveness, hyperactivity and impulsivity, and sleep problems are common in the 3% of children who are affected by the condition.

The team working on the evidence summary conducted a systematic literature search looking for systematic reviews, randomised controlled trials and other (non-randomised) primary research. They also contacted the drug manufacturer to invite them to provide ‘relevant information to support the production’ of the summary.

They found 2 small RCTs (one of which also has a follow-up study), both carried out outside of the UK. These studies suffer from a number of limitations, which make it difficult to generalise the findings to UK children.

The key points from the summary are:

This evidence summary is a useful starting point for clinicians, patients and parents who are struggling with sleep disorders and ADHD. Parent satisfaction with melatonin was reported as high in the included studies, but we clearly need bigger and more robust trials before we can make any reliable judgements about the safety and effectiveness of this treatment for children and young people.