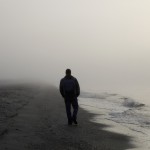 Last month, the Department of Health published the ‘Closing the Gap’ report, which highlighted the importance of better integration of physical and mental health care at every level.

The report specifically flagged up the need for frontline services to respond better to people who self-harm, and cited statistics that emphasise the cyclical nature of the illness:

Self-harming can be one of the first outward signs of mental illness. It can be, though is not always, the sign of a mental health crisis – particularly when it is severe enough that the person ends up in an Emergency Department. And it is a habit that, once started, is hard to break: it is estimated that 1 in 6 people who require treatment in Emergency Departments due to self-harm will be back again within a year.

New research published last week in the Journal of the Royal Society of Medicine has brought this issue into sharp focus once again, as it concludes that psychiatric illnesses and chronic physical illnesses both carry an increased risk of self-harm and suicide.

The research team from Oxford, led by Professor Michael Goldacre, conducted a number of retrospective cohort studies using a linked dataset of Hospital Episode Statistics (HES) and mortality data from the Office for National Statistics for 1999-2011, in what they claim is the largest study examining chronic illness and self-harm ever published.

The researchers studied a number of different psychiatric or physical conditions and for each they put together a cohort of people who had been seen as a day case or admitted as an inpatient with a diagnosis of that condition. Reference cohorts were constructed (with other people with a range of other medical conditions and injuries) and both cohorts were then followed over time to see how they compared in terms of subsequent day care, inpatient admissions and death from self-harm.

ICD codes were used to identify the ‘risk factor’ conditions and self-harm itself. Patients were excluded if they had a hospital episode for self-harm before, or at the same time as, the admission for depression.

Self-harm rates were expressed as rate ratios (RR), which were worked out by comparing the rate of self-harm (person-time) in the condition cohort with the reference cohort. All RRs were presented with 95% confidence intervals. The risks of self-harm and suicide, associated with physical illnesses are far lower than those related to psychiatric disorders

In an interview with the Science Media Centre, coauthor of the study Prof Keith Hawton said:

For psychiatric disorders the increase in risk in relative terms, compared with the general population of the same age, is between five and fifteen times higher (depending on the condition) than that in the general population. In absolute terms, considering the years covered by the study, this means an episode of self-harm, at some time, in around 5-10% of all people with one of the psychiatric disorders studied.

For the physical diseases, like asthma or diabetes, the increase in risk compared with the general population is two-fold or less. In absolute terms this means an episode of self-harm in about 1% of the population of these patients.

This well conducted and reported research provides vital new information to healthcare professionals caring for people with psychiatric and physical illnesses. At-risk patients can now be identified and monitored for the mental distress associated with self-harm and suicide. Clearly, greater integration of physical and mental health care is a prerequisite for this kind of joined up care.