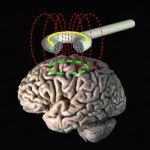 In my second blog for the Mental Elf I am reporting on a Cochrane review (Dougall et al, 2015) to address this question: Is transcranial magnetic stimulation (TMS) a safe and effective treatment for reducing the psychotic symptoms associated with schizophrenia?

Many patients with schizophrenia experience persistent positive and negative symptoms between acute episodes, in spite of apparently adequate drug treatment. Researchers and clinicians alike have thought that TMS could provide an alternative treatment for patients unsuited to standard medication.

TMS involves the application of a strong magnetic field close to the surface of the scalp, it stimulates the brain, changing neuronal function (Chouinard P.A. et al, 2003), which is altered in patients with schizophrenia.

In contrast, activity is reduced in the dorsolateral prefrontal cortex (DLPFC), which has been linked to negative symptoms (Weinberger D.R. et al, 1996). High frequency TMS is applied to the left DLPFC to increase activity and reduce negative symptoms. 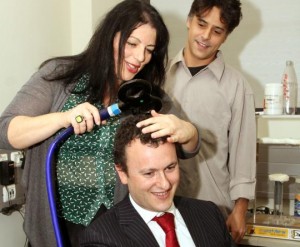 Searches were done in the Cochrane Schizophrenia Group’s trial register. The authors also contacted the company who markets TMS machines in the UK for published and unpublished data. Studies were included that had been published up to April 2013.

Four types of intervention were included: 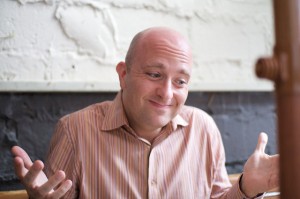 Evidence was limited and did not show that any form of TMS produced clinically important improvements.

This Cochrane review has shown that although there is some evidence to support the benefit of TMS in schizophrenia, findings were inconsistent across measures and between studies.

While previous meta-analyses have reported that prefrontal TMS as superior to sham in improving negative symptoms (Freitas C. et al, 2009; Dlabac-de Lange J. et al 2010), the evidence for this was not replicated in this review. 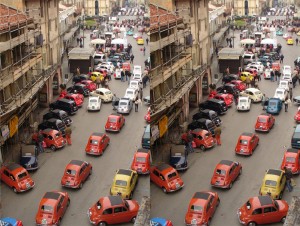 Spot the difference! TMS findings across studies and measures were inconsistent.

Overall the quality of evidence was poor. Although all studies were reported as randomised, there was unclear allocation concealment leading to a risk of selection bias. Most studies were reported to be double blind but only 7 used adequate blinding procedures, influencing both performance and attrition bias. Due to the high risk of bias and wide confidence intervals the quality of evidence was rated low to very low.

In addition to low quality data, the authors also highlighted a number of areas of weakness which I wanted to further comment on. Firstly there were substantial differences in the length of trials with a range of 4 days to 10 weeks. There was also a large variety in the stimulus voltage and frequency used. The lack of a standardized procedure for TMS makes comparison between studies very challenging and it is also difficult to know whether a potentially therapeutic dose was actually administered and thus assessment of efficacy difficult.

Another major issue is the variability in the control group used. In particular the use of Sham TMS is very variable. Some studies use the same stimulation but at a different angle to the scalp, while others use placebo stimulation which feels similar but produces no effects on the brain and others simply an identical sound. Ineffective sham methods bring into question if participants were adequately blinded and highlights how difficult it would be to conduct double-blind studies in this field.

In addition, the authors also highlighted how few studies compared TMS to active treatments, thus while the evidence is lacking for the therapeutic benefits of TMS, there is even less evidence that it is superior to current standard treatments. 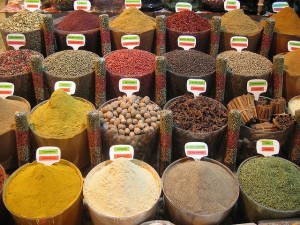 Variety may be the spice of life, but in the case of treatment protocols it’s a big problem. 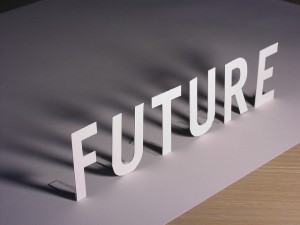 Is TMS useful in the treatment of schizophrenia? At the moment no, but in the future definitely maybe…

Last reply was February 18, 2016
Try out our members features!