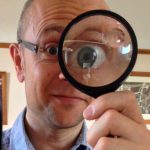 Risperidone was one of the first “atypical” antipsychotics to appear in the early 1990s. As a serotonin/dopamine receptor antagonist, it binds to D2 and D3 receptors with 50 and 20 times greater affinity than clozapine and is only 2-3 times less potent than haloperidol (Leyson et al, 1994).

In 2007, risperidone became off license and has emerged as the new standard care comparator for schizophrenia. Much of the current evidence for the use of risperidone is based on comparisons to older drugs with poor side effect profiles, such as haloperidol (Hunter et al, 2003).

However, comparing risperidone to other antipsychotics underestimates the importance of the placebo effect. With placebo effects accounting for up to 33% of clinical improvement (Benson and Friedman, 1996), many researchers feel that only by comparison to placebo can a rationalised therapeutic approach be developed (Vallance, 2006). 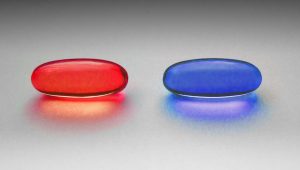 This Cochrane review aimed to determine the clinical effects and safety of risperidone compared with placebo for people with schizophrenia.

Searches were conducted in the Cochrane Schizophrenia Group’s trial register, which is the best place in the world to find schizophrenia trials. Studies were included that had been published up to October 2015.

In total, 763 citations were identified (after removal of duplicates). Fourteen studies with 24 references were awaiting further assessment due to lack of reviewer agreement and/or lack of full-text. One study was still ongoing. Overall this resulted in 15 studies with 56 references and 2,428 participants being included in the data and analysis.

The main findings of this review comparing risperidone with placebo for schizophrenia were:

This Cochrane review has shown that overall risperidone has a positive effect on the metal state of people with schizophrenia, however the data on which this is based is of low quality.

In particular, mental state and global state outcomes favoured risperidone, however when used alone the relationship between these measures and meaningful clinical improvement is unclear.

In conclusion, this Cochrane review shows that there is low quality evidence that supports the efficacy of risperidone compared to placebo. However, based on the same low quality evidence, it is unclear if the benefits of treatment outweigh the harm.

The authors highlight that in addition to low quality data the applicability of the review is also limited. All of the 15 studies included were of short duration (between 8 and 16 weeks), thus the results of this review cannot be applied to the long term use of risperidone. Also, while studies were conducted in both primary and secondary care settings, most were conducted in high income countries.  Thus the application of the findings outside these settings is limited. 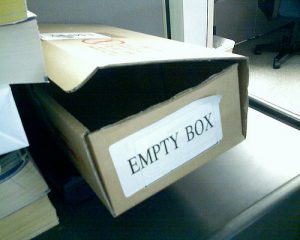 This review suggests that there is insufficient evidence to support the use of risperidone over placebo in schizophrenia.

Vallance AK. Something out of nothing: the placebo effect (PDF). Advances in Psychiatric Treatment 2006;12:287–96.

Last reply was January 28, 2018
Try out our members features!