Home » Posts » Mental health » schizophrenia » The Trial: pharmacotherapy versus psychotherapy for schizophrenia – how do trials compare? 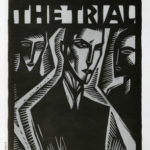 Although efficacy may be less than hoped and side effects more than hoped, antipsychotics remain the first-line treatment for people diagnosed with schizophrenia. By contrast, psychological interventions such as Cognitive Behavioural Therapy (CBT) are invariably offered as an adjunctive (additional) intervention.

Recently however, some argue that psychological interventions are just as efficacious as antipsychotic medication. For example, both editions of the British Psychological Society document Understanding Psychosis and Schizophrenia boldly claim that “…there is general consensus that on average, people gain around as much benefit from CBT as they do from taking psychiatric medication”. Elf blogs in 2014 and 2017 have provided critiques of the Understanding Psychosis reports.

Some have even extended this stance to assert that psychological interventions be offered as an alternative to medication (e.g. Morrison, 2019). Given the lack of head-to-head comparisons of antipsychotics and psychological therapy, such radical claims rely upon simple comparisons of effect sizes that emerge from randomised controlled trials (RCTs) of drugs and psychotherapy. But are drug and psychotherapy trials comparable in this simple, transparent manner?

The current paper by Bighelli et al casts a revealing light upon how RCTs of antipsychotics and psychological interventions match-up. Are they comparable in terms of: trial methodologies? patients enrolled? risk of bias and potential conflicts of interest? Or are they so different that we simply cannot draw any conclusions about comparable efficacy…yet? 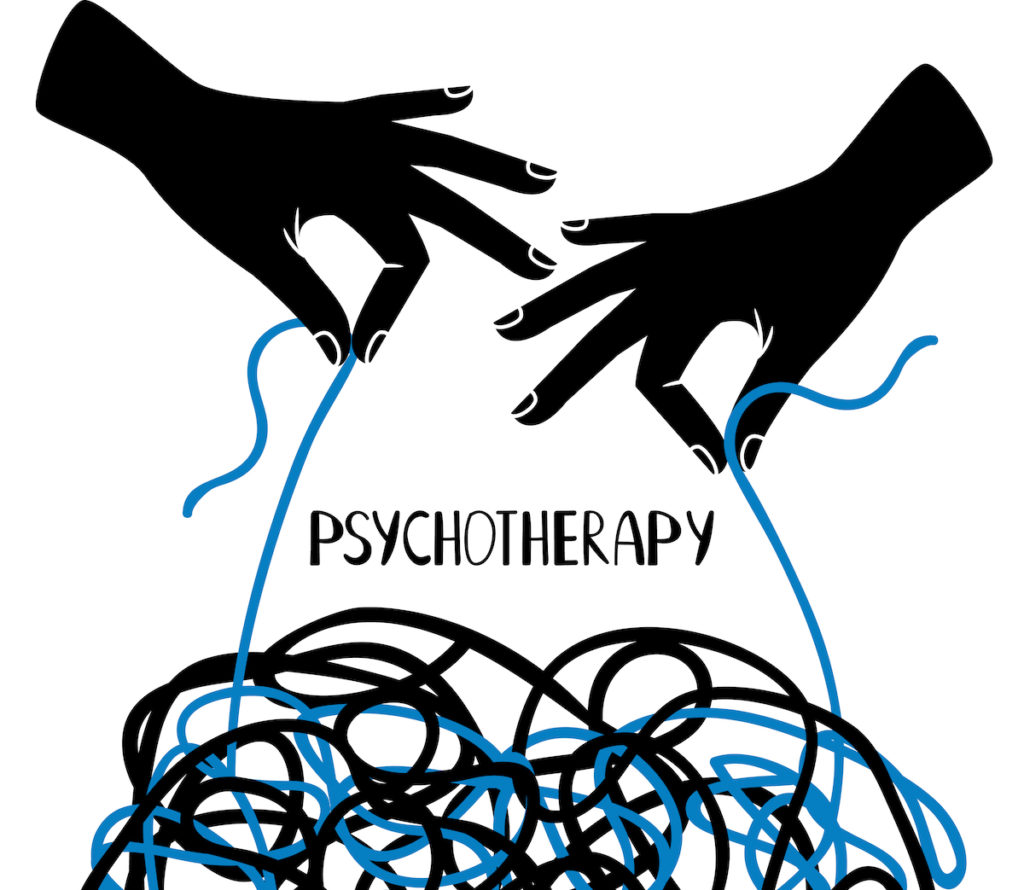 Some experts assert that psychological interventions should be offered as an alternative to medication for people diagnosed with schizophrenia, but do we have the evidence to support this?

Bighelli and colleagues compared RCTs from their own earlier systematic reviews of pharmacological (Leucht et al, 2017) and psychological (Bighelli et al, 2019) interventions for schizophrenia. These comprehensive, up-to-date reviews both focussed on positive symptom reduction as the primary outcome.

Risk of bias was independently assessed by two reviewers using the Cochrane Risk of Bias tool. This revealed that none of the risks were greater than 25% in drug studies, but 5 of the 8 areas of possible bias were significantly greater in psychotherapy trials. 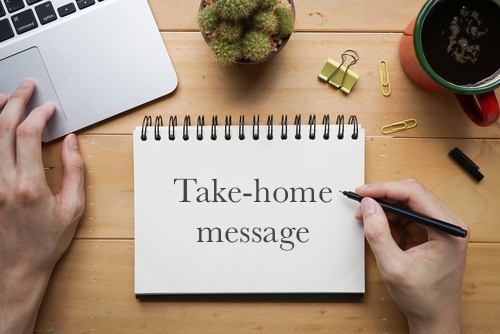 The key take-home message from this paper is that trials examining the efficacy of antipsychotics and psychotherapies for schizophrenia differ in key aspects of their design, their relative risks of bias and the characteristics of the patients recruited.

…pharmacotherapy and psychotherapy in schizophrenia are not intended as alternative treatments but are offered to different patients or at a different phase of the illness, as made clear by our results.

The key take-home message from this paper is that trials examining the efficacy of antipsychotics and psychotherapies for schizophrenia differ in key aspects of their design, their relative risks of bias and the characteristics of the patients recruited.

In each comparison where differences occur, however, they seem likely to inflate effect sizes for psychotherapy. Though longer in duration, psychotherapy trials samples are about a quarter of the size of that in drug trials and recruited from far fewer study centres. It is worth noting that trial length, the number of participants and how trials deal with drop-out are likely to interact. It seems feasible that longer psychotherapy trials might induce greater drop-out, impacting already smaller (underpowered) trials, which may then be compounded by the failure to use ITT analysis. These factors, alongside the lack of blind outcome assessment in 1 in 4 psychotherapy trials and the use of controls such as wait-list – all converge on potentially inflating and producing unreliable positive outcomes in psychotherapy trials. A similar picture emerges if we look at differences in the characteristics of patients recruited. Most importantly, drug studies enrolled more severely ill patients, who tended more often to be in-patients with a longer duration of illness. Such patients are precisely those who may well be less responsive to intervention (Rabinowitz et al, 2014).

Concerns over drug sponsorship of pharmacology trials are well-documented. Conflicts of interest, however, are not always financial and Bighelli and colleagues identify high levels of researcher allegiance in psychotherapy trials. Researchers who assess the efficacy of their own psychological interventions undoubtedly have a vested interest in reporting better results (which may be compounded by their unblinded assessment of outcomes). Indeed, researcher allegiance may inflate effect sizes in trials of psychotherapy for schizophrenia (Turner et al 2014).

Currently, psychotherapy trials rarely report researcher allegiance as a potential conflict, but it should be required in future trials and useful for meta-analyses, which can then report on the extent of influence.

One undeniable implication of this study is that RCTs of psychological interventions need to up­-their-game and this is readily achievable in several areas. They could ensure blind assessment of outcomes, increase sample size to be sufficiently powered, adequately deal with drop-out, choose appropriate control groups, pre-register protocols to avoid selective reporting and declare any researcher allegiance as a potential conflict of interest. 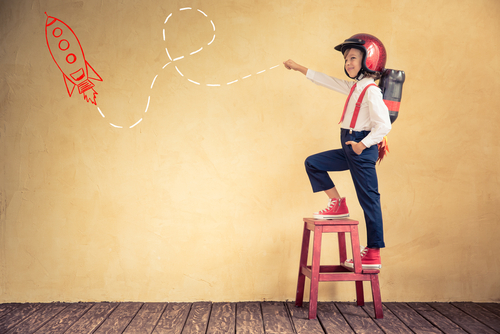 One undeniable implication of this study is that RCTs of psychological interventions need to up­-their-game and this is readily achievable in several areas.

The systematic reviews of both antipsychotics and psychological interventions were conducted by the same team and so, are methodologically consistent regarding searching, data extraction, study appraisal and so on. Both reviews followed PRISMA guidelines, included published and unpublished trial data and had pre-registered protocols on the PROSPERO website (registration numbers CRD42013003342 and CRD42017067795).

One clear implication of this elegant review is that drug and psychotherapy trials are so radically different that comparing their effect sizes is overly simplistic and unquestionably misleading. How should we answer the question… “Should people with psychosis be supported in choosing cognitive therapy as an alternative to antipsychotic medication?”

The current answer can only be that comparisons of the outcomes in drug versus psychotherapy trials are likely to be extremely misleading given the huge differences in trial methodology, types of patients recruited and risk of bias across the two types of trial. In general, most of these differences would likely favour a spurious inflation of psychotherapy effect sizes (and possibly also a reduction of psychopharmacology effect sizes). 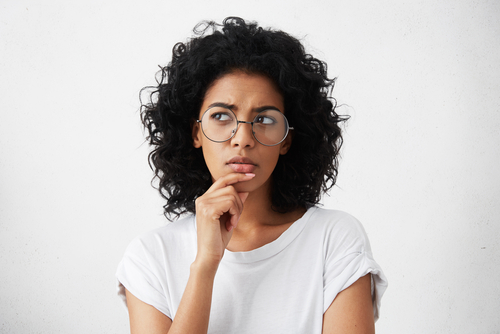 One clear implication of this elegant review is that drug and psychotherapy trials are so radically different that comparing their effect sizes is overly simplistic and unquestionably misleading.

Keith Laws has published several meta-analyses and reviews examining the efficacy of CBT for schizophrenia.

Morrison, A. P. (2019). Should people with psychosis be supported in choosing cognitive therapy as an alternative to antipsychotic medication: A commentary on current evidence. Schizophrenia Research, 203, 94-98.

Last reply was November 26, 2019
Try out our members features!