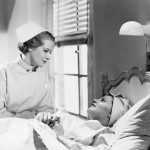 This is one in a series of 5 systematic reviews commissioned by the Department of Health, which seek to establish a comprehensive understanding of the distribution and pattern of psychotic disorders in England, between 1950 and 2009. All mental health professionals, commissioners and health planners will find this research relevant to their work.

It’s well established that schizophrenia and other psychoses affect people to varying degrees and some of the reasons for these differences are controversial and hotly debated. For example, research has shown that ethnicity, migration, place of birth and upbringing all influence the incidence of these health conditions.

The reviewers who conducted this research are from Cambridge University and the Institute of Psychiatry. They found 83 citations to include in their meta-analyses. Most of these studies were cross-sectional, which means that the opportunities to show a causal link between epidemiological factors and illness are very limited.

Participants included were adults (16-64 years) with a range of conditions:

The review was conducted using the reliable methods of the Cochrane Collaboration and the PRISMA Statement.

It’s worth noting that the research team have opened up their data set and made it freely available as a source of further information for readers and also as a data set for other researchers.