Home » Posts » Mental health » schizophrenia » Individual CBT, with or without family CBT, could be the best first line treatment for people at high risk of schizophrenia 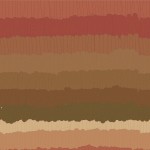 Schizophrenia is a debilitating illness that affects an estimated 25 million people worldwide. People with the condition can experience a huge amount of disability (both social, physical and psychological), but we know that early intervention can help reduce the duration of the illness and prevent further episodes of relapse.

People with schizophrenia usually experience a prodromal period before the full blown psychotic illness appears (McGlashan, 2003). This period generally lasts 1-3 years and is characterised by:

Research has shown that 22-44% of people at ultra high risk will go on to develop schizophrenia.

Early intervention in schizophrenia has two specific elements that are not found in usual care:

There are a number of effective treatments for people at different stages of the illness, but this new systematic review focuses on which interventions can be targeted at people who are at high risk of psychosis, with a view to preventing or delaying the transition.

A Cochrane review on early interventions for psychosis was published in 2011 (Marshall, 2011), but only includes studies that were published up to 2009. This is a fast moving field and this more recent review includes a number of newer trials that have come out in the last couple of years.

The reviewers searched a wide range of databases for studies published up to November 2011. They targeted randomised controlled trials (RCTs) comparing any psychological, pharmacological, nutritional, or combined intervention with usual services or another treatment.

They excluded studies with participants who had a formal diagnosis of schizophrenia or bipolar disorder. Studies were assessed for bias by two independent authors using the Cochrane risk of bias tool.

The primary outcome was transition to psychosis. Secondary outcomes were symptoms of psychosis, depression, mania, quality of life, weight and discontinuation.

Schizophrenia and the psychoses are highly disabling, recurrent, and most often lifelong conditions with substantial costs to the patient, their family, and the state; arguably greater than almost all other psychiatric conditions. The possible prevention of transition to psychosis and schizophrenia for people at high risk clearly represents an important finding.

Therefore, further research should be undertaken in the form of a large, multicentre trial of combined family and individual CBT for high risk groups, evaluating both benefits and potential harms (for example, possible increased stigma).

In the meantime, the use of these psychological treatments now represents the most appropriate intervention available for helping people avert what could be a personal, social, and financial catastrophe.

Last reply was January 30, 2013
Try out our members features!