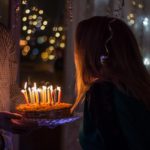 Schizophrenia is a severe and enduring mental disorder and thought to cost the National Health Service £11.8 million per year (Schizophrenia Commission, 2012). Understanding predictors of recovery (or ‘outcome’) has been a hive of activity going back to early work into the success of neuroleptic medication in the 1960s. One topic which has received particular interest is the influence of the age at which someone becomes unwell, and how this impacts on their course of illness. Does getting unwell when younger give someone a better chance of recovery? Or do biological and social factors which predispose someone to develop symptoms at an earlier age predict poorer recovery?

This discussion can also become political: are resources best targeted at younger people in order to ‘get them back on track’ earlier and prevent longer-term decline? This latter rationale was used (in addition to a developing evidence-base) to introduce the ‘Early Intervention in Psychosis’ service across the UK in 2004 (McGorry & Killackey, 2002).

A common idea expressed in clinical textbooks is that becoming unwell at a younger age is associated with poorer outcome (e.g. Semple & Smyth, 2013), however the current evidence to support this notion is very mixed. Some studies report that younger age of onset is associated with increased hospitalisation rates (Rabinowitz, Levine & Häfner, 2006) and lower probability of symptom remission (Juola et al., 2013), but other authors have found no evidence for the relationship across a host of outcome measures (Menezes, Arenovich & Zipursky, 2006).

The latter issue is of particular interest in current outcome research and one paper attempts to offer some nuance regarding: how does research capture such a complex concept such as ‘outcome’? Does the relationship between age of onset and outcome depend on how you measure ‘outcome’? For example, immediate symptom remission may occur relatively quickly with the introduction of hospital care and medication. However, obtaining employment, enjoying social relationships and recovering quality of life may not necessarily follow in the same way.

The authors of the present paper set out to systematically review the relationship between age of onset of schizophrenia and long-term outcomes across different schizophrenia samples. 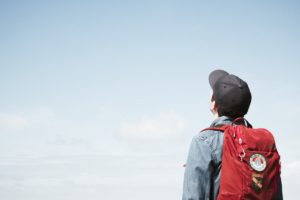 This new systematic review explores the relationship between age at onset of schizophrenia and long-term outcomes across different schizophrenia samples.

The authors offer a nice, clear description of their search criteria and followed the MOOSE guidelines for conducting a systematic review. The authors also include both longer-term and first-episode samples, inpatient and outpatient participant studies, and both ICD-10 and DSM disorder classification indices to avoid bias sampling. This means a larger variety of participants can be pooled across different countries (and by proxy cultures).

Interestingly, the authors exclude intervention studies and clinical trials so as not to ‘limit the representativeness of the samples’. The external validity of RCT samples is an interesting area and research has begun to question how truly representative these populations are in clinical research. However, it is not within the remit of this review (interested readers can refer to Kennedy-Martin et al., (2015) for the strengths and weaknesses of RCT populations).

The authors offer a sensible approach to classifying the different types of outcome measures into:

The authors sensibly use a random-effects model (as advised in social sciences (See Field & Gillett, 2010)) for their meta-analytic procedure and individual study effect sizes were converted to r coefficients (the strength and direction of a relationship between 2 variables). The use of a random-effects model is useful as it accounts for different studies having slightly different ‘true’ effects as the samples are not ‘identical’. The influence of potential confounding variables (or moderating variables) was assessed through a meta-regression procedure.

The authors’ search strategy revealed 3,509 articles that were manually screened (ouch, glad that wasn’t me!) to leave 81 articles included in a qualitative synthesis and 46 articles were used in the meta-analysis procedure. The authors acknowledge a high degree of variability in the studies included (outcome period ranged from 1-31 years).

A significant positive mean effect size was found for earlier age of onset and:

No significant relationships were found for remission, positive, total and general symptoms and age of onset of schizophrenia.

Social or Occupational and global outcomes

A significant association was found for lower age of onset and:

(How consistently the effect was found across different studies)

Significant heterogeneity was found for the hospitalisation, negative and total symptoms, general clinical outcome, social/occupational and global outcome analyses. This suggests that the effect sizes extracted from each individual study and included in each meta-analysis were not consistent with each other.

Due to the presence of heterogeneity, the authors ran a meta-regression to investigate potential confounding variables. Male gender was found to be a potential confounding variable in analysis. The relationship between earlier age of onset and worse general clinical outcome became significant in samples with a higher proportion of male participants. Conversely, a first-episode sample reduced the relationship between age of onset and hospitalisation. The authors report that Egger’s test of publication bias (studies only publishing significant results) came back non-significant.

The authors conclude that there is a small, statistically significant association between younger age of onset and worse outcomes in schizophrenia. 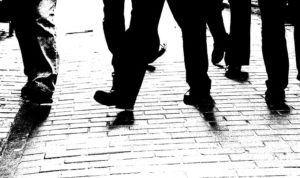 This new evidence confirms that there is a small, statistically significant association between younger age of onset and worse outcomes in schizophrenia.

This paper is a valuable addition to the research landscape and offers a sound differentiation between different aspects of what constitutes ‘outcome’. 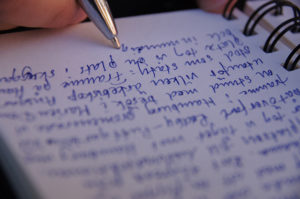 Patient reported outcomes are becoming increasingly important, but this issue is not raised by this review.

The review suggests that earlier onset may disrupt social and cognitive development at a critical stage. Disruption at this crucial period may lead to longer-term disability across clinical and social/occupational outcomes.

The paper supports the importance of early intervention in psychosis services worldwide. Targeting resources to those becoming unwell at early stages of illness on both clinical and social domains may lead to reduced societal costs longer-term. However, it must be added that the paper did not directly investigate this particular assertion.

The authors offer some new evidence for clinical research needing multiple domains of outcome measures. Changes in clinical domains may not be the same as changes on social domains. 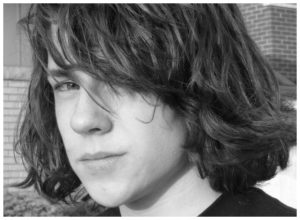 Earlier onset of psychosis may disrupt social and cognitive development at a critical stage.