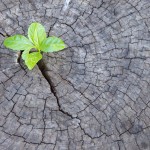 It has long been established that psychiatric disorders have a genetic component. In the early days of genetic research, twin and family studies were used to estimate heritability (the proportion of variance explained by genetic factors).

The Psychiatric Genetics Consortium has recently published a paper in Nature Genetics to assess the heritability and co-inheritability (relationship between heritability of one disorder based on heritability of another) of bipolar disorder, schizophrenia, major depressive disorder (MDD), autism spectrum disorders (ASD) and attention-deficit/hyperactivity disorder (ADHD).

They set out to use information from genome wide association studies (GWASs) to verify heritability and co-heritability estimates from family and twin studies. This was achieved by using statistical simulations with a liability scale. They looked at single nucleotide polymorphisms (SNPs) in relation to each of the listed disorders, to estimate the relationship between SNPs and heritability of a given disorder.

Using case-control analysis, they assessed SNP heritability. They found a contribution to heritability by SNPs. However, their estimates were much lower than the family study estimates (schizophrenia 0.23, bipolar disorder 0.25, MDD 0.21, ASD 0.17 and ADHD 0.28) which they attributed to smaller sample sizes. The most significant relationship found was between bipolar disorder and schizophrenia. There was some concern about the level of misdiagnosis between these two disorders, where individuals can get given both diagnoses throughout their life. Although, non-independent samples did not take the significant result away.

They also found less significant relationships identified between schizophrenia and MDD, bipolar disorder and MDD, ADHD and MDD and schizophrenia and ASD. However, there were varied sample sizes between each of the disorders with ASD and ADHD samples being the smallest which may undermine the results. Interestingly, they were expecting to find a relationship between ASD and ADHD, in line with recent literature, and that was not a statistically significant relationship.

Following on from the co-inheritability estimates, they categorized their SNPs to see if individually grouped SNPs showed higher association with disorders than others. SNPs were subdivided into 3 sets: Apart from those mentioned above, one of the biggest concerns was artifact. This may cause case sample sets to be more closely linked to each other than case-control samples and thus impacting the statistical heritability estimates.

Equally, the sample had a highly heterogeneous population, which may have “watered down” common SNP contribution to heritability as different populations are known to have different frequencies of SNPs.

This paper is an example of a new methodology of assessing genetic heritability for disorders. This is something that may be employed in new GWAS studies and may become more effective as sample sizes increase. Although there are many limitations, as with all quantitative research, it may be a practical 21st century alternative to family studies to help assess heritability estimates. Furthermore, it reinforces the widely researched relationship between bipolar disorder and schizophrenia.