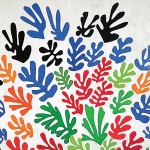 This is particularly striking when it is considered that NICE recommends that referral to arts therapies should be considered for all people diagnosed with schizophrenia. The rationale being that conventional medication-based and psychological therapies have only limited effects on the so called negative symptoms of psychosis.

In addition, arts therapies may help people to understand themselves while containing powerful emotions that might otherwise overwhelm them. This fits with my own clinical experience. I can recall people who found conventional psychological therapy very difficult but seemed to find art therapy more helpful.

The MATISSE (Multicenter Study of Art Therapy in Schizophrenia: Systematic Evaluation) study (Crawford et al, 2012) aimed to examine the impact of adding art group therapy to the treatment of people diagnosed with schizophrenia compared to an active control treatment and standard care alone. It was published in the BMJ and we blogged about it on the Mental Elf in March 2012.

It was a “pragmatic” trial with 417 participants from across the UK, all diagnosed with schizophrenia. Treatment lasted 12 months and the primary outcomes measures were the Global Assessment of Functioning scale and the Positive and Negative Symptoms Scale (PANSS) measured at 24 months after randomisation. Primary and secondary outcomes between the three study arms did not differ.

The authors suggested that referral to art therapy does not lead to improved outcomes for most people diagnosed with schizophrenia although they noted that:

We cannot rule out the possibility that group art therapy benefits people with schizophrenia who are motivated to use this treatment. The MATISSE study could have fairly serious implications for people diagnosed with schizophrenia as well as for services and art therapists. Holttum and Huet (2014) have recently published a paper with the stated aim of “determin[ing] whether radical changes were needed in art therapy or whether the trial’s conclusion should be challenged”.

Sue Holttum is employed as a research officer for the British Association of Art Therapists while Val Huet is the Chief Executive Officer of the same organisation. Their critique examined six papers reporting on various aspects of the MATISSE trial. They compared the trial against criteria derived from the MRC guidelines for trials of complex interventions.

Main criticisms of the MATISSE trial

Holttum and Huet criticised the MATISSE trial on the following grounds: Perhaps unsurprisingly, the British Association of Art Therapists were highly critical of the MATISSE trial and it’s findings

Holttum and Huet conceded that they had incomplete access to the details of what happened during MATISSE but they opined that the MATISSE conclusions were “unwarranted” and that “rather than needing to disseminate lessons for art therapy practice, it appears that we are no further forward as a result of MATISSE”.

They noted that the mechanisms for art therapy should be elucidated and that future research should seek to elucidate the “mechanisms occurring for people given a diagnosis of schizophrenia”.

In a strident conclusion, Holttum and Huet note that:

The trial conclusions, published in a relatively prestigious journal, may have a damaging influence, such that vulnerable people who rarely receive much more than maintenance on medication will be deprived of a therapy that could change the lives of at least some, if not many.

It is not clear from the Holttum and Huet paper whether the MATISSE authors were alerted to the critique of their paper and given right of reply as I would be interested to hear their defence. Interestingly, despite the stated aim of Holttum and Huet being to determine whether radical changes are needed to art therapy this does not appear to have been considered anywhere in their critique. Indeed, I struggled to find anything positive they had to say about the MATISSE trial.

Although Holttum and Huet make some fair comments about the limitations of the MATISSE trial (for example, their observation that the very high drop-out rates could have skewed the results) I think that many of their criticisms would not have had a substantive impact on the results of the trial. In my view, the fact that piloting was not mentioned in the reporting of the study, or that only RCTs were considered in the MATISSE literature review would have only minor (if any) effects on the reported results.

I also wonder about the notion that “the relevant mechanisms of art therapy” should have been understood by the MATISSE authors, largely non-art-therapists. I would have thought that it would be important to test out IF an intervention works before there is then an investigation of HOW it works.

On balance, I do not consider the Hulttum and Huet critique to be particularly convincing. The MATISSE trial was by no means perfect but the authors noted from the outset that it was pragmatic.

If Holttum and Huet wish to defend the use of art therapy in psychiatric settings then a next step may be to encourage art therapists to conduct their own high quality research in this area. Art therapy might intuitively feel like a good thing to do, but without high quality evidence to support it, should guidelines be recommending its use?