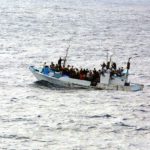 The numbers forced to leave their homes as a result of organised violence are higher now than any time since the second world war (UNHCR, 2017). There are approximately 60 million displaced people in the world, of whom 22 million are currently refugees (having crossed an international border).

Epidemiological data consistently highlights the increased prevalence of mental health difficulties in refugee populations (see Mina’s previous blogs), although refugee populations are highly heterogenous having experienced a considerable range of different experiences and then, through various means of travel and exposures to insecurity, settle (either temporality or permanently) in a range of different post-migration contexts. The studies have thus far clearly highlighted the combined influences of exposure to previous traumatic events and post-migration stressors as having the greatest impact on mental health outcomes (Miller et al, 2010). 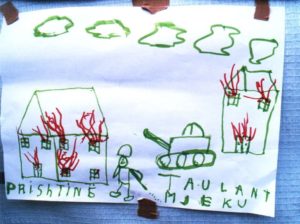 Worldwide, the number of people forced to leave their homes as a result of organised violence are higher now than any time since the second world war.

This review took a broad selection of intervention studies primarily investigating post-traumatic stress disorder (PTSD) although they included depression and anxiety in the outcomes of interest, yet these disorders were not included in their search terms. They searched four databases and only included English language studies.

They included clinic samples as well as RCTs of general population samples and to ensure as much data as possible was included, only studies with less than 10 participants were excluded.

Of the 5,300 articles that were screened, 40 studies were included. These are presented in a table as well as described according to intervention type.

Narrative Exposure Therapy (NET) was the most empirically supported intervention and has been studied using lay counsellors as well as mental health professionals, providing an indication as to its potential scalability (Robjant et al, 2010). It is usually given in around 6-10 treatment sessions with a study reporting few sustained effects of brief (3 session) NET on refugees experiencing multiple traumatic events.

Eye Movement Desensitisation and Reprocessing (EMDR) had some data with limited overall evidence as 2 RCTs reported effectiveness and 2 reported no effects.

Culturally sensitive CBT was reported to be studied with good effects by one team in a clinic setting and standard CBT was studied in 2 RCTs with limited evidence to support its use.

The table below displays the studies with the largest numbers of participants. 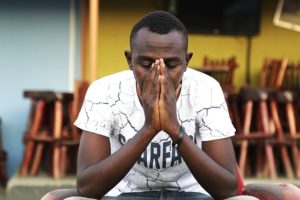 This review found “medium to high quality evidence supporting the use of narrative exposure therapy”.

The complexity of the refugee experience and their associated needs are highlighted in this study and include highly mobile, heterogenous populations with multiple needs where the priorities of a research agenda can seem complicated to promote (Reed et al, 2012). As the authors describe, there is also a pressing need to find a way to conduct more complex interventions in naturalistic settings, with meaningful control groups. Most existing studies are with small sample sizes, lacking optimal control groups and methodological rigour with less than 12-month follow-up. Furthermore, many had been conducted by the researchers that had developed the intervention; highlighting concerns about ‘researcher allegiance’ and its inherent potential for bias.

The evidence for NET (Narrative Exposure Therapy) remains strong, but this could also reflect the fact that high-quality studies have been done for NET and not as much for the other treatment options and modalities. The predominant intervention types that have been studied are unimodal (NET, CBT and EMDR). There is however, increasing interest in multimodal interventions; reflecting the varied needs of refugee populations that can include parenting support, occupational opportunities and immigration and financial security. As the authors state:

to be culturally sensitive might begin with services and clinicians appreciating the complexity of the multiple meanings of distress and the social context within which it arises.

This systematic review raises important questions as to how the field can move to studying more complex interventions that reflect the underlying experience of refugee populations. In the review these multimodal interventions had more mixed results but with culturally-informed treatments and greater numbers studied, hopefully more evidence can be gathered on how best to support and implement interventions for increasing numbers of refugee populations. The evidence-base as it stands, with only a handful of well-conducted studies, does not do justice to the large numbers who might potentially want to access such interventions. 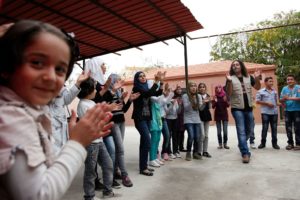