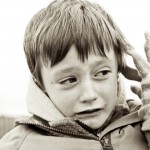 Do not use psychological debriefing when a child has been exposed to a traumatic event such as assault or a major car crash.

And if you treat a child who has developed Posttraumatic Stress Disorder (PTSD) due to trauma, do not use pharmacotherapy either (that is, not as a first line treatment).

Rather, apply the principles of psychological first aid in the direct aftermath of trauma and use trauma-focused cognitive behavioral therapy to treat PTSD.

These recommendations come from the brand new, very extensive Australian Guidelines for the Treatment of ASD and PTSD. For the first time, the guidelines include separate sections on children and adolescents.

How are the guidelines developed?

The guidelines are mainly informed by a systematic review of the literature and a staged process of expert consensus. People affected by trauma, clinicians and the public have also had varying levels of input. This guidance does rely (in places) on expert opinion, which as we know, can be a biased form of evidence

Note that the systematic literature review only included Randomised Controlled Trials (RCTs). It did not consider ‘lower level evidence’. As you will see below, in many cases not enough scientific research was conducted to come to robust treatment conclusions. As a result, a significant part of the guidance relies on expert opinion.

Little certainty about what is best practice regarding children

The recommendations in the guidelines have several levels, depending on the strength of their support. This support is a combination of empirical evidence and expert opinion.

In total, 18 recommendations (grade A to D) were made, of which 7 for children. In addition, the guidelines contain 9 Consensus Points (1 for children) and 76 Good Practice Points (9 for children).

Of the recommendations regarding children, none is of level A and only one of level B: we still have a lot to unravel…

The most important lessons Rated ‘B’ is the recommendation that we should not offer psychological debriefing (e.g. a structured session that asks in depth about the experience and elated emotions) to children after a potentially traumatic event. The guidelines state that, in contrast, psychological first aid may be helpful, if mental health specialists are available for referrals.

The first recommendation may not be a surprise as trauma-focussed CBT has been the most studied trauma intervention for children. However, based on the meta-analysis by Rodenburg et al., I had expected to see Eye Movement Desensitization and Reprocessing (EMDR) as a recommendation as well. In contrast to the recent World Health Organisation (WHO) guidelines the Australian guidelines considered the evidence for EMDR not strong enough.

Although rated ‘C’, the recommendation to prefer individual interventions over group interventions seems to be weak. It appears to be based on two studies, one of which did not find an effect. The second study compared individual psychoanalytical psychotherapy to multi-session group therapy with psycho-education and psychotherapy elements for sexually abused girls, and reported better outcomes for the individual psychotherapy. However, the conditions differed on content, format, and number of sessions (up to 30 vs. up to 18), which makes it very difficult to come to conclusions. The WHO guidelines recommend both individual and group therapy. Rated ‘D’ are a further three recommendations related to the use of pharmacotherapy with children and adolescents. The guidelines strongly convey the message that we should first try psychotherapy, in particular trauma-focussed CBT:

General guidelines with regard to working with children after trauma

The ‘Good Practice Points’ provide some more general guidance on assessment and psychological care. For example:

The above website has a wealth of information and resources: