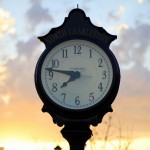 Over the past two decades numerous early intervention for psychosis services (EI) have been set up worldwide (particularly in the UK, Scandinavia, Canada and Australia). This drive was based on preliminary research suggesting that reducing treatment delay and providing intensive, phase specific specialised interventions in the initial few years of psychosis might improve long term outcomes (Birchwood, Todd & Jackson, 1998).

There has been support in more recent years that these services do indeed improve clinical and functional outcomes when compared with standard community mental health care (Petersen et al., 2005; Craig et al., 2004). However, recent evidence has suggested that these initial gains made during the intensive intervention phase are not maintained once the EI intervention ends (Gafoor et al., 2010).

Given that three year EI service models have been rolled out on a large scale (at least in my experience of UK services), I was surprised that this new study (Chang et al, 2015) is actually the first to formally test the EI model extended beyond two years of treatment (though there are ongoing trials assessing five year EI models in Denmark and Canada). In an area of mental health in which policy implementation has often preceded the evidence base, this trial is important in understanding the optimal duration of EI services in order to inform policy and ensure best possible outcomes for young people with psychosis. In addition, much of the evidence base for EI to date has come from western populations and service systems, thus this study is important in providing RCT level data from a non-western country. 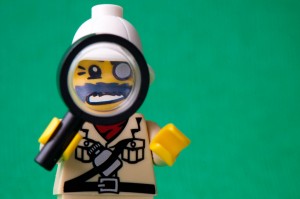 Three year early intervention programmes are quite commonplace in the UK and elsewhere, but RCTs testing the model beyond two years are not.

Chang and colleagues undertook a single blind RCT to compare a one-year extension of specialised EI with standard step-down care.

The study recruited from consecutive clients who reached the end of their two years of treatment in the EASY programme. The EASY programme is a publicly funded EI service in Hong Kong that works with young people aged 15-25 years who are experiencing their first episode of psychosis. The programme adopts a phase-specific, case-management approach with a focus on protocol-based psychosocial interventions. As standard, clients receive two years of care from the EASY team and then receive a year of step-down care in which they continue to be seen by the EASY psychiatrist, with no case management.

Exclusion criteria were intellectual disability, substance-induced psychosis, psychotic disorder due to a general medical condition or an inability to speak Cantonese Chinese for the research interview.

Participants were randomly assigned to either:

In this group, specialised EI was continued for an additional year. A single case manager took over the care of all participants randomised to receive extended EI. Case management focussed specifically on functional enhancement by assisting participants to re-establish supportive social networks, resume leisure pursuits and return to work. Additionally, continuous supportive care, psychoeducation, and coping and stress management were delivered to family caregivers. Each participant in this group received an average of 16 intervention sessions, defined as case-management contacts lasting for a minimum of 30 min, over the year. Bi-weekly clinical supervision was provided to case managers by experienced senior psychiatrists.

The two treatment groups did not differ from each other with respect to the intensity of medical follow-up by psychiatrists, prescription of antipsychotic medications and availability of psychosocial interventions and community-based services.

The primary outcome was social functioning, as measured by the Social and Occupational Functioning Assessment Scale (SOFAS) and the Role Function Scale (RFS). Functioning was assessed at baseline, six months and 12 months after study entry.

Secondary outcomes were psychosis and depression symptom severity (measured by the Positive and Negative Syndrome Scale (PANSS) and the Calgary Depression Scale (CDS)), occupational status, relapse, hospital admission, missed psychiatric outpatient appointments, antipsychotic medication dose, medication adherence, and suicide attempts (all gathered through systematic review of clinical records). Symptom severity was measured at baseline and 12 months and full clinical record data was available on all participants for the 12 months of the study.

Data were analysed on an intention to treat basis with linear mixed models. 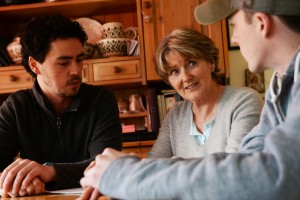 People who had the additional year of specialised intervention, had better outcomes in functioning, negative and depressive symptoms and treatment default rate than those who had step-down psychiatric care.

This study is an important, well conducted and reported trial which extends our evidence regarding the most effective delivery of EI services, suggesting that delivering the EI approach over three years rather than two years continues to confer benefits in functional outcomes and in negative symptoms and depression.

However, it has a big limitation in terms of the length of the follow-up period reported. What this study can’t tell us is whether extending the EI model to three years increases the durability of improvements in outcomes even after the intervention is complete. Given that previous long-term outcome studies have shown that shorter EI interventions don’t seem to maintain positive outcomes over time, this is crucial information in order to assess the utility of extending EI intervention to three years. Fortunately, this research group plans to collect and report on two-year follow-up data for this cohort, which will be interesting to see.

In addition, the use of a single case manager to deliver the extended EI intervention presents a threat to the internal validity of the trial. It is not possible to rule out that the improvements seen in the EI group were due to ‘therapist effects’ rather than specifically related to the intervention. It may be that this case manager had attributes or skills that affected outcomes, and were not specific to the extended EI approach per se. The use of other case managers would have reduced this potential confound.

It is also worth noting that the RCT was conducted in a non-western service framework and that the results may therefore be less applicable to western settings. Indeed, the authors highlight that the service setting is very different, for example with caseloads in EASY being around 80. However, the non-western setting is also a strength of the study, which perhaps extends the EI evidence base to settings in which fewer resources are available. 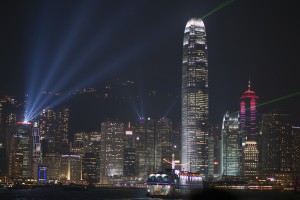 The findings of this Hong Kong based study may not be applicable to the UK context.