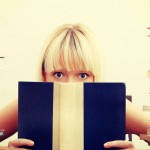 When I see young people with eating disorders in clinic, I often wonder what could have been done to have prevented things getting to this serious and distressing point.

I worry about the societal pressures adolescents have to contend with whilst also navigating the complex process of growing up: exams, bullying, social media, and being bombarded with unrealistic portrayals of what women should look like to name just a few. I wonder how we can help them through this stage of their lives without so many of them needing to come to CAMHS (Child and Adolescent Mental Health Services). Not because I don’t like seeing them, but because I’d rather they didn’t need to see me.

And then I think about schools: adolescents in general are a captive market. Before someone else points this out: yes, I do see quite a lot of children and young people in clinic who are not in school at the moment, for various reasons. But the aim here is to prevent them getting to that stage. Maybe we could do some work in schools to prevent eating disorders. Other elves report that school-based interventions have been tried with some success for preventing anxiety disorders and alcohol use.

There has even been a call from Parliament to research school interventions to reduce body dissatisfaction (Swinson et al, 2012), which is more common than eating disorders and a known risk factor for them.

So I was really interested to read this paper on a school-based prevention programme for eating disorders, published in late 2013 in the British Journal of Psychiatry (Sharpe et al, 2013). There is a growing amount of evidence that body image dissatisfaction is high, and on the increase, and is associated with a number of damaging consequences for health and wellbeing.

This is a randomised trial, clustered by school class. Participants were in Year 8 or 9 (that’s second or third year in old money, or 12-14 year olds), and enrolled in UK Secondary Schools not specifically catering for special educational needs.

The school classes were randomised to receive either the intervention or control:

Classes were randomised to intervention or control with no restrictions. The nature of the intervention meant participants could not be blinded.

The primary outcome was body esteem measured by the Body Esteem Scale for Adults and Adolescents.

Students were also asked how much they enjoyed the programme and how useful they found it. Fidelity of delivery was measured by researchers observing 2 lessons in each school.

All measures were self-completed before and after the course and 3 months after it finished. Classes in the 3 participating schools were randomly assigned to the control or intervention groups in this cluster RCT.

Researchers really struggled to recruit schools: 112 schools were approached and only 3 agreed to participate, all of which were state-funded all girls schools. The schools had a range of students from different backgrounds, including BME groups. The majority of students did then participate, and most were neutral or positive about the enjoyability and usefulness of the lessons. Baseline measures were similar between groups. However, in one school, there was only around 50% fidelity to the material (the other schools had 78% fidelity).

For the secondary outcomes: I am seriously impressed at the amount of effort and thoroughness that has gone into this research. Just designing the manual must have taken months.

The authors highlight the limitations of their study, including potential for contamination, as both intervention and control groups were in the same schools. Difficulties in recruitment left the trial underpowered – it only had 49% power to detect group differences. This may reflect on the feasibility of the approach, although the authors suggest that participating in a trial was considerably more work than implementing a new programme. All the schools involved were all girls’ schools, which may limit generalizability.

In places the authors overemphasise their findings. For example, the abstract says “significantly improved body esteem and self-esteem”: technically correct (if you look at the p values for the χ2 tests), but the effect sizes of both were (very) small. Figure 3 makes it look as though there is an impressive difference between groups on body esteem. I switched on my Figure Radar, because (fellow elves take note) my research mentor Prof Glyn Lewis keeps reminding me that “figures bypass important ‘thinking bits’* in your brain” (* I believe that this is the correct technical term). I emailed the author to double check and it turns out that Figure 3 has been published incorrectly: the actual numbers in Table 2 are correct.

Substantial further work is needed in refining the content of the current body image lessons, increasing their efficacy across a range of outcomes.

I agree – as attractive as the idea of universal intervention to prevent body dissatisfaction and eating disorders seems, I think we would need to have a more effective treatment programme before we start rolling it out. It’s early days for this field of research.

Last reply was March 8, 2016
Try out our members features!