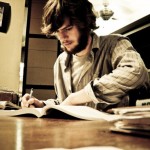 Young adults are particularly vulnerable to developing mental health problems including depression, and in developed countries an increasing proportion of 18 year olds now enter higher education. It is therefore timely to investigate the effects of psychological therapy for this group.

As the authors of this meta-analysis point out, college students might be particularly responsive to psychological interventions as their depression is more likely to be a first episode and they are a relatively intelligent group (and likely to have greater social advantages). On the other hand, they may be less responsive because in this age group depression may also indicate an early stage in a more severe mental health problem (e.g. bipolar disorder or psychosis), which is less likely to respond to a relatively brief and focused psychological intervention for depression. 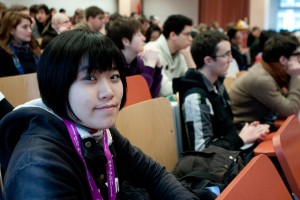 A peak period of depression onset is in the late teenage years.

This review by the expert team of meta-analysists led by Pim Cuijpers, identified and reviewed the outcomes of psychological therapy for depression in students. They identified 15 studies with a total of 992 participants.

Students were recruited in a variety of ways (e.g. by advert, through university welfare services), and presented with mainly mild or moderate symptoms of depression.

Treatment tended to be brief; the maximum number of sessions was 11 and in most studies was delivered to groups rather than individuals. The 15 studies included were published between 1977 and 2012 with over half published before 1990.

The outcomes suggested that when compared against a control treatment, psychological therapies – mainly Cognitive Behaviour Therapy (CBT) and Behavioural Activation (BA) – were significantly more effective than the control condition. However, the confidence with which we can hold this result is undermined by pervasive methodological problems.

Cuijpers et al., reviewed the methodological quality of studies identified to assess the extent to which the results could be vulnerable to bias. They found that:

Most studies therefore did not meet current standards of research rigour. 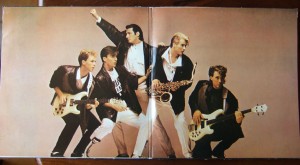 Many of the studies included in this paper came out in the same decade that Spandau Ballet topped the charts. So, old and low quality… [add your own punchline here].

This review focused on a highly specific question: Is psychotherapy for depression in college students effective? The study highlighted significant gaps in the literature particularly in relation to the range of therapies evaluated and the quality of studies conducted. Thus one concern is that the types of psychological therapy that has been studied systematically may not reflect the work conducted in the majority of university mental health services, which typically use a humanistic counselling model.

The team who carried out the meta-analysis is very experienced and has developed a robust method of searching the empirical literature. They have created a unique and highly detailed database of psychotherapy research studies that was used to identify studies to include in this meta-analysis. They used well established and valid criteria to assess the quality of the studies. Thus their conclusions are likely to be valid, but are limited by the absence of recent high quality studies. 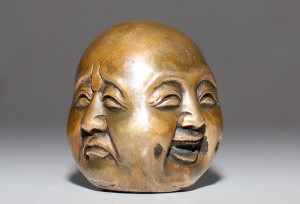 This is a high quality meta-analysis, but it’s hamstrung by the poor quality studies that it includes.

This review shows that depressed college students are likely to respond well to brief, structured psychological therapy. There is no evidence that treatment in the form of CBT or BA is less effective than for the wider population. The type of therapy that has been investigated is relevant to university and college mental health services and suggests that they should offer CBT and BA therapy. Research trials that focused on the effectiveness and efficacy of counselling, psychodynamic therapy or other forms of therapy, commonly offered to college and university students were not identified.

Unfortunately the available evidence falls far below current standards of research design and management. The research was largely designed, conducted and published over 20 years ago and focuses on only a subset of psychological therapies offered by student mental health services. There have been significant changes in the characteristics of students over the past 20 years and many developments in the delivery of psychological therapies. For both these reasons a renewal of research interest in this area would be very timely and welcome. 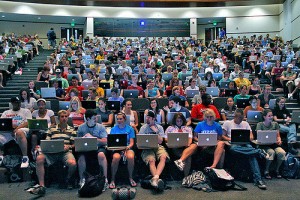 Student life has changed considerably in the last 20 years, as have psychotherapies. Time for more research!