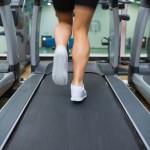 In the UK alone it’s estimated over two million adults have type 2 diabetes. That clearly warrants some serious research into its prevention and treatment, including the valuable role of exercise.  We also know the effects of diabetes are not confined to physical problems, linked as it is to reduced quality of life as well as increased symptoms of anxiety and depression- something we’ve covered at Mental Elf before.

With exercise programmes showing promise in all three of these domains in systematic reviews in both healthy and clinical samples, and with no review currently existint that looks specifically at type 2 diabetes yet, it doesn’t take a professor of medical and clinical psychology to see the gap in the research literature. Or perhaps it does…

Researchers from Tilburg university, The Netherlands, sought to plug this hole by conducting a systematic review of existing randomised controlled trials (RCTs) that investigated the effects of exercise training on quality of life, emotional well-being and symptoms of anxiety and depression.

Published in March this year, the authors found too much heterogeneity between the studies to pool data for a meta-analysis. Reinterpreting the data from various studies, the reviewers found a mixed bag of results, and hence point to the obvious yet necessary conclusion: more high-quality RCTs are needed to gain greater clarity on the psychological effects of exercise training for people with type 2 diabetes.

The authors carried out a comprehensive literature search, selecting 20 RCTs with a total of 1,719 participants, with sample sizes ranging from 18 to 606.

Studies were included in the systematic review if they:

Owing to the variability in exercise programmes adopted, these were split into three categories:

Measures used varied between studies, although the following were used in multiple studies:

Standard mean differences (SMDs) were calculated wherever possible from the raw data provided. A SMD of 0.2 was considered to show a small effect, 0.5 moderate and 0.8 large. Positive SMDs reflected better outcomes in the various psychological domains.

This first systematic review of the literature showed that the effects of exercise training on quality of life, symptoms of depression, symptoms of anxiety and emotional well-being in people with type 2 diabetes are conflicting; therefore, more research is warranted Unfortunately no exercise programmes involved trampolining, which surely would score high on emotional well-being and quality of life

Despite the highly mixed results, encouragement can certainly be taken from the fact that the reviewers screened vigilantly for risk of bias across the selected studies and therefore those few studies that did reveal positive effects of exercise on quality of life, depression, anxiety and emotional well-being certainly justify the call for further high quality RCTs to be conducted in this highly important area of research.