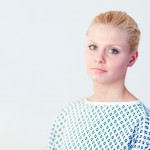 Having a life threatening disease such as cancer and undergoing gruelling treatment can have detrimental psychological effects. According to a recent review, for instance, the prevalence of depression among cancer patients is 10.8%, when assessed by a standardised clinical assessment (Ng et al. 2011).

The authors of this meta-analysis make the argument that established criteria for depression may not be suited to detect a depressive episode in cancer patients as these diagnostic criteria include symptoms that overlap with physical symptoms present in cancer patients such as loss of appetite or sleep disturbance. Therefore, they claim that ‘depressiveness’ – symptoms associated with depression without a diagnosis of depression:

may have adverse effects on prognosis and quality of life in cancer patients (ps. 2-3).

The aim of this systematic review and meta-analysis is to determine whether antidepressants are effective in the treatment of depression and depressive symptoms in cancer patients.

Inclusion criteria included presence of depression or depressive symptoms assessed by the application of clinical criteria or depression rating scales. The primary outcome of the studies needed to be severity of depression and depressive symptoms and secondary outcomes were number of dropouts and adverse effects and quality of life (studies included were published before end of 2010). The authors selected double-blind RCTs and for the meta-analysis placebo-controlled trials.

The authors used a random effects model and risk ratio to summarise the findings and also computed I2 to assess the overall variability attributed to the variability among studies. They used Cochrane Collaboration’s tool to detect potential risk of bias and funnel plot for publication bias. Initial analysis revealed I2 of 71% that indicated high levels of heterogeneity among studies. After the exclusion of the study by Navari et al which had a higher risk ratio than other studies, the results showed that overall relative risk (RR) was reduced from 1.56 (95% CI: 1.07-2.28, p <.05) to RR = 1.39 (95% CI: 1.09-1.77, p = .008) and I2 was 10% (acceptable level of heterogeneity). In other words, the meta-analysis of placebo-controlled trials indicated that antidepressants were more effective than placebo in creating a therapeutic response.

Subgroup analyses indicated that the antidepressant mianserin (RR = 1.67) was more effective than SSRIs (R = 1.16). Meta-analysis on adverse effects was not performed due to large amounts of missing data. They found no significant difference between dropouts in the drug condition versus placebo groups.

The overall risk of bias was determined to be ‘unclear’ which means that:

the meta-analysis cannot provide a high degree of level of evidence (p.8).

There was no evidence of publication bias.

The authors conducted a rigorous meta-analysis and followed guidelines set out by the Cochrane Collaboration in determining whether antidepressants are effective at reducing depression and depressive symptoms in cancer patients.

Overall, they found that:

antidepressants are effective in the treatment of depression/depressive symptoms in cancer patients (p. 9).

However, they issue caution: the number of studies included is very small and their quality means that we can’t obtain a high degree of evidence on the basis of this meta-analysis. They also appropriately alert the readers to the need to require a minimum of symptom severity to benefit from antidepressants so that this meta-analysis is not used as an excuse to rush to prescribe antidepressants for cancer patients. In reading the article, one should be cautious in terms of evidence cited throughout. For instance, the authors use Andersen et al’s study on the impact of psychological intervention on survival among breast cancer patients as an evidence for decrease in severity of depressive symptoms being associated with increased survival in cancer patients (without mentioning the intervention in question). What the authors fail to acknowledge is the well-cited analysis by Coyne et al (2007) that showed unequivocally that no study that was adequately powered to show whether a psychological intervention increases survival (as a primary endpoint) has shown this effect (this includes Andersen et al’s study: See Stefanek et al’s critique of the paper).

Overall, the evidence that antidepressants are helpful for cancer patients with depression and depressive symptoms is not clear and we need to exercise caution in our assumptions about the needs of cancer patients and how we can effectively address them.