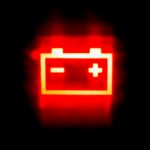 In support of this, a 2012 study by Hofmann presented a trans-diagnostic model suggesting that mood (and anxiety) disorders are a result of dysregulated NA and decreased PA. However to date, there has been no systematic review on the impact of these psychotherapeutic interventions on negative and positive affect dimensions in depression.

The present study by Boumparis, Karyotaki, Kleiboer, Hofmann, & Cuijpers (2016) aimed to rectify this gap in the literature by examining the effect of psychotherapy on negative affect (NA) and positive affect (PA) in adults with depression. The authors anticipated that psychotherapy would be significantly associated with a decrease in NA and an increase in PA. In support of Hofmann’s 2012 findings, the authors also anticipated that changes in depression would be primarily associated with an increase in PA. 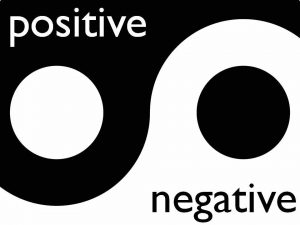 A systematic review incorporating all randomised controlled trials (RCTs) of psychotherapeutic-based interventions for adults with depression was conducted, using an existing database which was developed and updated utilising a systematic literature search of the Cochrane Central Register of Controlled Trials, PubMed, PsycINFO, and EMBASE, from 1996 to December 31st, 2014. An additional systematic search for studies published from January 1st, 2015 to December 31st, 2015 was also conducted.

The validity of the included studies was assessed according to the criteria of the Cochrane Risk of Bias Assessment Tool, which includes an assessment of the following: 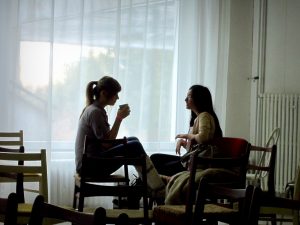 This study reviewed all of the high quality trials that explore the impact that psychotherapy has on negative and positive affect in adults with depression.

From 18,114 abstracts (12,364 after duplicate removal), 1,769 full-text papers were selected for possible inclusion. A further 1,759 were excluded as they did not meet the inclusion criteria, resulting in 10 RCTs reporting on PA and NA outcomes for adults with depression. A total of 793 participants were included (386 treatment condition and 407 control condition) of which 76% were female.

Effect sizes were calculated from the variation in pre- and post- PA and NA outcome scores, and standardised using change scores. The program Comprehensive Meta-Analysis (CMA: version 2.2.021) was used to calculate pooled mean effect sizes. A random effects model was used to account for heterogeneity across the included studies as this statistical model assumes that the included studies were drawn from populations of studies systematically different from each other.

Association of depressive symptoms with PA and NA 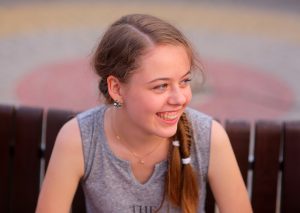 Consistent with the authors’ hypotheses, psychotherapeutic interventions increased PA and decreased NA in depressed adults (small-to-moderate effect). However, conflicting results from the meta-regression analyses rendered the authors unable to demonstrate sufficient evidence as to whether or not depressive symptoms, and PA and NA are associated with each other.

The systematic review and meta-analysis were carried out to a high standard according to best practice. Unfortunately, perhaps due to the heterogeneity in methodological practices across the included studies, the authors were unable to statistically determine whether an association exists between depressive symptoms with PA and NA. This is a major limitation of the study as one of the main objectives was to determine the impact of psychotherapeutic interventions on these affective dimensions in relation to depression.

The authors acknowledge the potential methodological issues of their study including the varying quality and variety of included psychotherapeutic interventions (e.g., the type of intervention, clinical or community setting, format of therapy, different outcome measures, and varying definitions of depression). And in order to account for the considerable heterogeneity across studies, the authors used a random effects model when calculating mean effect sizes. Another strength worth noting is that in an attempt to ensure no relevant study was missing, the authors conducted additional searches by checking the references of the included studies.

The inclusion of a broad range of conventional treatments for depression is another strength of the Boumparis et al. (2016) study as the variety of treatment modalities analysed reflects the widely accepted intervention means amongst mental health professionals in the greater community. Nonetheless, it is also a major limitation as the evidence base for these interventions varies greatly. Building on from Hofmann’s (2012) work, it may be more informative for future research to compare PA and NA outcomes arising from the gold standard treatment for depression; cognitive-behavioural therapy (Carter, 2010), to that of other evidence-based treatment modalities (e.g., interpersonal therapy) and a control group, to identify the greatest relative benefit.

Additionally, understanding how a treatment works involves identifying the mechanisms of change, the specific processes by which the treatment produces outcomes. Future research should therefore also aim to investigate the potential mediators of affective treatment outcomes. For example, it may be that the therapeutic alliance (common to all psychotherapeutic modalities) statistically accounts for the treatment-outcome relationship, or alternatively addressing negative cognitions (often a candidate for treating internalising disorders in RCTs) impacts upon PA and NA domains differently. 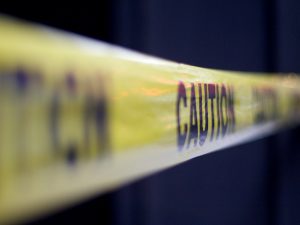 Given the small number and heterogeneity of the included studies (treatment modalities and evidence-base) the findings should be considered with caution.

The findings of Boumparis et al. (2016) systematic review and meta-analysis indicate low-to-moderate effects for psychotherapeutic interventions in enhancing PA and decreasing NA in adults with depression. However, given the small number and the heterogeneity of the included studies the findings should be considered with caution. The authors conclude the study by suggesting that future work should examine the impact of pharmacotherapy-only (often a sole treatment modality for many adults with depression) has on PA to determine whether the increase relapse rate is related to unaddressed PA.