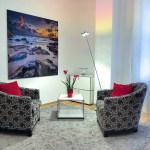 This paper is an interesting companion piece to the recently published 5-year follow-up of the CoBalT trial (Wiles et al, 2016), which I blogged about for The Mental Elf here. Both papers are based on trials of talking therapies in comparison to treatment-as-usual (TAU) for people with treatment-resistant depression, and both studies were set up to look at depression and mental wellbeing for several years post-treatment.

Given the CoBalT trial featured a 12-18 session course of CBT alongside TAU and found positive outcomes maintained over time at a cost-effective rate, it is interesting to turn to Fonagy et al’s paper and see if a long-term psychoanalytic psychotherapy (LTPP) approach results in similar improvements in a similarly feasible service model.

Before getting into the review of the research, it is disappointing to have to highlight the judgmental language used in the very first sentence of the paper, describing the participants as people, “…who had failed at least two different treatments.” (p.312). This intensely unfair and personalised notion of failing at treatment should not be a feature of any writings about depression, never mind in an academic paper. How such a large research team did not pick up on this, and how the journal in question allowed it to go through, is hard to fathom and is concerning. 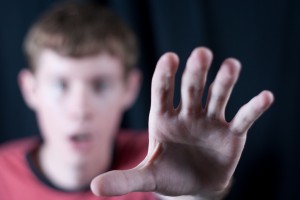 Stigmatising language should be a thing of the past, especially in mental health research papers.

LTPP in this case was a manualised therapy of 60 sessions in length, lasting 18 months. The provision of such lengthy therapy is increasingly rare in the NHS given both the direct cost per patient and the need to provide treatment to growing patient lists in an expedient fashion.

Frustratingly, very little specific information is provided about the ‘manualised’ LTPP and so it is unclear how a psychoanalytic approach was delivered in a standard framework.

The sampling period for this study was over seven years, as it was based out of only one NHS Trust. Participants were eligible if they had previously received two or more depression treatments, at least one of which was an antidepressant medication, and if their current depression had endured for at least two years.

129 people were eligible and allocated to:

The participants were gender and medication matched and were also matched by severity range on the BDI-II. It is not clear why the BDI-II was used for matching but only as a secondary measure for analysis, or what would have happened if matching had been done by HDRS score. Participants knew which treatment they were going to receive.

A few important points to note about the samples:

In terms of measurements, all participants completed measures at the beginning of their treatment, and then at 6, 12, 18, 24, 30 and 42 months. Fonagy et al used the Hamilton Depression Rating Scale 17 (HDRS-17) as their primary outcome measure. They modified this but it appears they use severity levels suggested by researchers not using a modified version. They also collected data on general functioning (Global Assessment of Functioning and Clinical Outcomes in Routine Evaluation) and on depression symptoms as measured by the Beck Depression Inventory – II (BDI-II).

Analyses were done on an intent to treat basis. The data is clearly presented, both narratively and in table format, giving scores at each time point as well as regression analyses through time.

With the HDRS as the primary outcome measure, 9.4% of the LTPP group were considered to be in remission (HDRS=<9) at the 18 month measurement point (the end-point of therapy). This percentage rose to 14.9% by 42 months. These percentages compare to 6.5% and 4.4% respectively in the TAU group. These figures suggest not only a direct benefit of the LTPP, but some longer-term LTPP-related benefits that do not simply occur with time. However, partial remission (HDRS=9-12) in the LTPP group was 32.1% at 18 months and 30.0% at 42 months, suggesting stable improvements in depression symptoms but not increasing benefits over time. These partial remission percentages are much higher than those in the TAU group (23.9% and 4.4% respectively).

It is hard to tease apart these results without individual-level data. It may be that some people in the ‘partial remission’ group at 18 months transitioned into ‘remission’ by 42 months whilst others who were not in remission at 18 months continued to improve after therapy and reached partial remission by 42 months. Supposing that this is the case, and depending on their ethical clearance, a more detailed case analysis would be an incredibly useful set of information, particularly in terms of making the case for LTPP as an approved therapy.

The mean scores on the HDRS and BDI-II are remarkably consistent from the 6 month data collection point onwards. If a proportion are improving over time in the LTPP+TAU group, this suggests that a proportion are also getting worse over time.

It is worth considering the degree of agreement between the HDRS-17 and the BDI-II in this study, since they are both highly regarded depression measures and because the BDI-II was used as the primary outcome measure in the Wiles et al (2016) CoBalT study. The pattern of remission percentages is consistent across time points when looking at the two measures in each group, but the percentages of ‘partial remission’ are much higher, in a headline-and-commissioner-grabbing way, than the HDRS results.

As a helpful third measure of depression, Fonagy et al assessed the presence or absence of DSM-IV major depressive disorder criteria symptoms, and by 42 months 44% of LTPP+TAU patients and 10% of TAU patients were in remission (ꭕ2=14.7, p<0.0002).

Aside from the depression measure scores, the secondary measures are also promising, most notably the sense of satisfaction with general activities (Q-LES-SQ) measure, which increased from significantly more in the LTPP+TAU group, and continued to increase post-therapy in the LTPP+TAU group. Significant differences between the treatment groups are noted both across all times and at the end of the study.

It is a shame that there is no cost-effectiveness analysis, particularly as the LTPP was manualised. This may be a component that needs to be included in more RCTs as a ‘realistic’ element in the decision making in psychological healthcare. 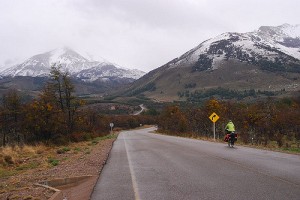 This paper makes a reasonably robust case for long-term psychoanalytic psychotherapy as an adjunct to treatment as usual for people with treatment-resistant depression.

The problems of sample size and potential problems of generalisability can be addressed by using this study as a framework for a large-scale replication, which could also include cost-effectiveness analyses. A three-way trial involving an arm of CBT+TAU would be ideal and of great benefit to patients and clinicians. 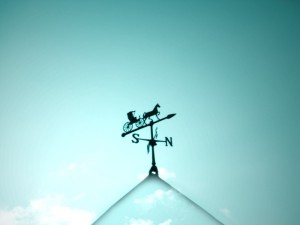 Will future studies prove the efficacy and safety of long-term psychoanalytic psychotherapy for treatment-resistant depression?