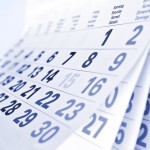 Psychological therapies such as cognitive behaviour therapy, interpersonal psychotherapy, behavioural activation, problem-solving and possibly psychodynamic therapy have been clearly shown to be effective in the treatment of adult depression. However it is not clear, how long such a therapy should last, how many sessions are optimal and what the best intensity of psychotherapy is.

A systematic review found that about 60% of patients had improved after 13 sessions (Hansen et al., 2002) and it is usually assumed that the effect of therapy is greater in the earlier sessions and levels off as the number of sessions increases. However research findings are mixed and most research is based on open uncontrolled studies. These studies do not account for natural recovery rates and consequently only show that patients get better during treatment; which means improvement cannot be attributed to treatment.

A recent study in the Journal of Affective Disorders concluded that the number of sessions per week seems to be most relevant to improvement in therapy, rather than the duration of therapy. Does your psychotherapist turn up in a fine tailored suit?

A total of 70 trials were identified that examined the effects of individual psychotherapy and met all other inclusion criteria. A meta-analytic study was used to systematically examine the association between effectiveness of psychotherapies for adult depression and the number of treatment sessions, duration of treatment, total contact time with the therapist and the number of sessions per week.

Inclusion criteria: trials that were randomised and compared the effects of an individual, face-to-face psychological treatment with a control group (waiting list, care as usual, pill placebo, other) in adult patients with depression (either established with a diagnostic interview or as scoring above a cut-off on a self-report depression measure). Individuals with secondary, co-morbid general medical or psychiatric disorders were also included.

Exclusion criteria: studies on group therapies, telephone-administered therapies, guided self-help, computer assisted and internet-based therapies. Studies in which the effect size could not be calculated exactly were also excluded. The overall mean effect of the treatments was compared to the control groups and to examine the association between the effects and the amount, frequency and intensity of therapy, a series of bivariate metaregression analyses were conducted. This showed:

The authors found that: This suggests it might be the intensity rather than the quantity of psychotherapy that determines therapeutic effectiveness. However the results of this study are only observational and should not be considered as conclusive evidence that the number of treatment sessions is not related to outcome. When interpreting the present findings it is important to remember that they are not necessarily indicators of a causal association and it is possible that the association is caused by other factors that have not been accounted for. Although the study suggests longer duration of therapy was associated with less improvement this may be due to frequency of sessions being lower.

There may also be subgroups of patients in which higher numbers of sessions lead to better outcomes. For example in a meta-analysis of psychotherapy for chronic depression there was a clear association between the improvements in patients and the number of treatment sessions (Cuijpers et al., 2010). These findings therefore can only be seen as indirect evidence, and randomised trials are needed to confirm the findings.