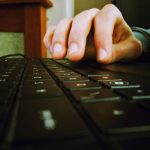 Major depression is extremely prevalent with at least one in eight people living with the condition. As well as health and health care utilisation, major depression has wider negative impacts on employment through decreased work performance and absenteeism. Consequently, it is in the patient’s and society’s interest to reduce the severity of depressive symptoms.

Standard care for depression typically involves antidepressant medication and/or talking treatments such as CBT, psychotherapy or counselling. However, there are extensive waiting lists for talking treatments for newly referred patients, with waiting times typically being in excess of six weeks. The authors of this paper (Kolovos et al, 2016) examine an intervention that aims to take advantage of this waiting period.

The authors highlight an emerging body of evidence that suggests that internet-based guided self-help therapies can be effective in reducing the severity of depressive symptoms (Andersson and Cuijpers, 2009; Cuijpers et al., 2011; Richards and Richardson, 2012). They have the additional benefit of being easy to access and comparatively cheap to implement. Given the long waiting lists for treatment, the authors felt intervening during the waiting period could be an effective use of time. Should an intervention be successful within this period then it should have the benefit of reducing the quantity of more costly face-to-face treatment, whilst also leading to an improvement in health outcomes.

The aim of the trial was therefore to evaluate the clinical and cost-effectiveness of providing an internet based intervention for major depressive patients waiting for face-to-face treatment. 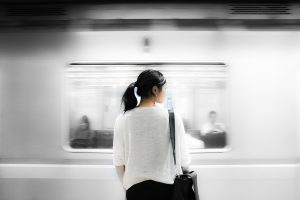 This novel trial focuses on people with depression who are on a waiting list for face-to-face treatment.

The study is a two arm randomised controlled trial, both of which received ‘usual care’ after the waiting period in which the intervention took place. The two trial arms can be characterised as follows:

Participants were recruited from two outpatient clinics that provided services in ten different locations. To be included within the trial, participants had to be/have:

Those at high risk of suicide or with the presence of bipolar or psychotic disorders were excluded.

Outcomes were measured at baseline, at 8 weeks (immediately post-intervention) and then at six months and 12 months post baseline.

For the primary analysis, costs were measured from a societal perspective. Costs within the trial included: 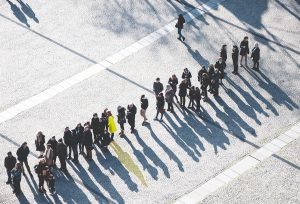 Can we make better use of time waiting for treatment?

Regarding cost-effectiveness, the paper makes a couple of mistakes in their ICER calculations. They report the ICERs as being negative, when in fact, based on their reported costs and effects, they are positive. A negative ICER would also cause interpretability issues that are not discussed. Here I present the ‘corrected results’. 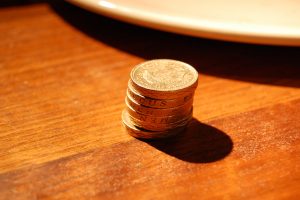 Service enhancements were associated with a small increase in costs per incident.

The results were underwhelming. Rather than reducing the number of face-to-face sessions required, the intervention group actually received more than the control arm. Likewise in terms of outcomes there was no difference between the two arms in terms of CES-D or in terms of QALYs. The authors point towards the sensitivity analyses for positives; in particular in relation to how different perspective may effect costs. Personally, I was not convinced by these.

There are suggestions for why there may not have been any effect, these include:

So where does this leave us?

Well, both arms improved significantly in terms of clinical effects which suggests that face-to-face treatment for major depression is effective. The issue is the six weeks of waiting to get face-to-face treatment. There is no evidence to suggest that this intervention works in terms of reducing costs or the 12 month outcomes. What would have been interesting would have been if the authors had presented the outcome data from immediately after the intervention period, that is, to see if the intervention had led to any short term, immediate improvement in outcomes prior to face-to-face treatment. The fact that this data was not presented suggests however that there probably were no improvements.

People with major depression having to wait six weeks for face-to-face treatment is clearly an issue. This intervention in its current form however does not appear to be the answer. Given the apparent effectiveness of standard treatment, there should be increasing pressure on reducing the waiting times for treatments. 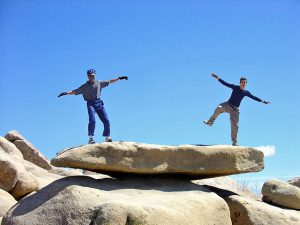 There appeared to be little difference between the intervention and usual care.