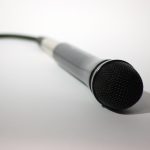 Today is World Mental Health Day and to mark the occasion we have something a bit different for you lovely readers. It’s an interview with Professor Andrew McIntosh who has recently been awarded £4.7m by the Wellcome Trust to explore why people develop depression.

What do you do?

I am Professor of Biological Psychiatry at the University of Edinburgh. I’m interested in using genomics and neuroimaging to better understand depression and common mental disorders, and what impact they have on people’s lives. I want to use this information to improve the diagnosis and management of these conditions.

What impact do you hope your research has on people with mental health conditions?

At the moment psychiatric illnesses are diagnosed by looking at which symptoms people have, and how long they’ve had them.

But many psychiatric illnesses have similar symptoms, and these observations alone reveal little about the biology underlying their condition.

It also doesn’t predict how their condition will develop and, crucially, how people will respond to different treatments.

It’s not surprising that there’s no universally effective medication for people with depression, and the development of new therapies has stalled.

I hope that our research can help identify people with distinct diseases. This would increase our chance of developing disease-modifying therapies that are targeted to the underlying changes in the brain. It would also help improve how we decide which of the existing treatments would be most effective for each individual. 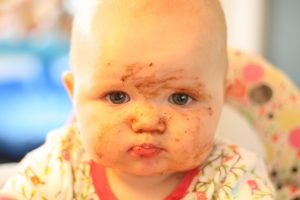 Diagnosing psychiatric illnesses has traditionally been a messy business.

How much do we understand of the genetics behind mental health conditions?

We know many major mental illnesses are heritable and are passed down from generation to generation. We now have a better understanding of the DNA changes that increase someone’s risk of developing a mental health condition, but our knowledge of how this causes mental illness is still limited compared to other conditions, such as some types of cancer.

With the exception of schizophrenia, we can only explain a very small proportion of lifetime risk of mental illnesses by looking at genetic factors. There are many other complex effects at play, such as the role of life events and how they interact with a person’s personality and coping style.

We are also beginning to understand how genetic risk factors relate to the different pathways and functions of brain cells. This is important because it will help us, in time, to identify new therapies targeted to the cause of someone’s illness. 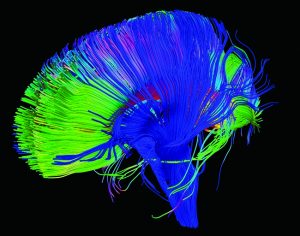 We’re beginning to understand how genetic risk factors relate to the different pathways and functions of brain cells.

You’re studying people in UK Biobank. How do you think this will help your research?

Two major issues bedevil psychiatric research: a lack of statistical power and a shortage of consistent replications. UK Biobank can help to address both of these issues. It provides us with over 500,000 people whose symptoms and medical history we know, and who (over the coming years) we’ll have detailed genetic and imaging data for.

We’ll be able to use UK Biobank both for making new discoveries about what causes mental illness, but also to test if we can replicate interesting and promising findings made in other smaller studies.

What do you think the next big breakthrough will be in our understanding of mental health?

I think that the next 10 years will see substantial advances in our understanding of the genetic causes of schizophrenia, depression and bipolar disorder.

I think that studies collecting “big data”, such as UK Biobank, Generation Scotland and routinely collected health data, will help to provide these discoveries. They will also shape a growing refinement in our diagnoses and a targeting of treatments to diseases rather than symptoms. 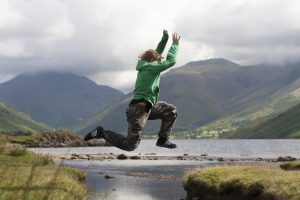 “Big data” research promises a significantly step forward in our understanding of the genetic causes of serious mental illness.

What made you chose a career in research?

I became interested in psychiatry as a medical student in Aberdeen where I developed an interest in the classification and causes of mental illness. I joined the psychiatric training scheme, based in Edinburgh where I was exposed to some of the best teachers and researchers in psychiatry and neuroscience.

I was mentored by Eve Johnstone, one of the most energetic ‘biological psychiatrists’, whose discoveries have transformed our way of thinking about schizophrenia.

I was aware that mood disorders were more common than schizophrenia and that researchers were making slower progress in uncovering their causes. I wondered if we could use the knowledge gained from genetic studies of schizophrenia, quantitative traits and physical diseases to make more rapid progress; by refining the classification of mood disorders using the traits with which they have been most closely associated.

I currently practice as a general adult psychiatrist one day a week at the Royal Edinburgh Hospital. Psychiatric research and teaching is highly valued by my colleagues. The parts of my job I enjoy the most are making enduring links with colleagues in other disciplines, sharing ideas with colleagues and seeing our work lead to a published paper.

What do you do to escape from work stress, and look after your own mental health?

I try to cycle to work as much as possible and get out for longer rides at weekends. I like being outdoors and enjoying the Scottish countryside. 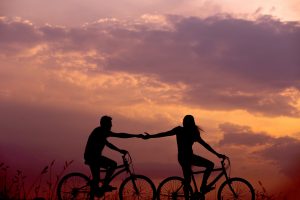 Sound advice from Professor McIntosh on World Mental Health Day. If you get the chance, get on yer bike!

This blog originally appeared on the Wellcome website. Wellcome funds a wide range of research projects to tackle mental health conditions; including underpinning research into how the brain works, as well as research into the diagnosis, treatment and prevention of specific conditions.

Wellcome is also working to improve mental health in settings where resources are scarce. Read about some of these projects, and other initiatives, in Wellcome researcher Dr Dixon Chibanda’s blog ‘Five promising mental health interventions in low and middle income countries’.