Home » Posts » Mental health » depression » Citalopram outperforms all other antidepressants except escitalopram for acute phase depression, according to new review 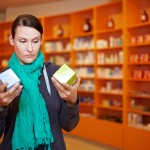 Citalopram (brand names: Cipramil and Celexa) is an antidepressant drug in the selective serotonin reuptake inhibitor (SSRI) class. It was one of the first SSRIs to come onto the market over 20 years ago and is available as tablets and as oral drops that are taken in a juice drink.

There are lots of antidepressants available to people with depression who choose to take medication and so the decision about which to choose should focus on efficacy, safety and cost effectiveness.

There are lots of randomised controlled trials that compare citalopram to other antidepressants because it’s quite an established drug, so it’s unsurprising that the Cochrane review on the subject has been updated to include new evidence.  The review aims to assess the evidence for the efficacy, acceptability and tolerability of citalopram in comparison with tricyclics, heterocyclics, other SSRIs and other conventional and non-conventional antidepressants in the acute-phase treatment of major depression.

The reviewers carried out a sound literature search (including contacting drug companies) and found 37 trials to include in their analysis, which compared citalopram with other antidepressants (such as mirtazapine, venlafaxine and reboxetine, or less conventional treatments like St. John’s Wort).

The main outcome was a response in the acute phase of depression measured by a number of different depression scales:

As with most systematic reviews in psychopharmacology, the potential for overestimation of treatment effect due to sponsorship bias and publication bias should be borne in mind when interpreting review findings. Economic analyses were not reported in the included studies, however, cost effectiveness information is needed in the field of antidepressant trials.