Home » Posts » Mental health » depression » CBT is better than nothing for older adults with depression, but so is any form of active support 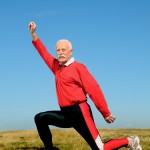 Depression is such a widely known issue now that it barely needs introduction. It’s something we Elves have covered with interest, looking at the effectiveness of various treatments, like psychotherapy, medication and exercise. For older adults though, there remains a somewhat hazy picture of what treatments work best.

Most of the evidence base for the recommended treatments for depression in older people, namely medication and psychotherapies including Cognitive Behavioural Therapy (CBT), is derived from randomised controlled trials (RCTs) looking at younger populations. CBT, which helps people to gain insight into and adapt patterns of unhelpful thoughts, feelings and behaviour that cause and perpetuate depression, is the primary psychological intervention recommended for depression by NICE guidelines in the UK for adults of all ages. Given the wider array of causes of depression as well as greater risk for relapse and lengthy duration of depression in older adults, it’s not guaranteed that extrapolating the evidence from younger to older adults is particularly prudent.

With this in mind, researchers from the Institute of Psychiatry at King’s College London and the Department of Psychology at Middlesex University conducted a meta-analysis and meta-regression of all suitable RCTs studying the effect of CBT as a treatment for depression in older adults. The results were published in the Journal of the American Geriatrics Society. They found that: CBT is more effective than no treatment or treatment as usual (TAU), but that current data doesn’t suggest CBT is any more helpful than other forms of ‘active’ support like medication, psychoeducation, supportive therapy or social support.

The authors selected 23 RCTs which met the selection criteria for the meta-analysis. The mean age of participants was 68, ranging from a mean of 62 to 84 across the studies. There were more female than male participants. The selected studies had mainly been published in American journals. Studies were included if they: For the meta-analysis, effect sizes were calculated using various statistical techniques to take into account variations between data types, including sample sizes and outcome measures.

The meta-regression involved two authors independently extracting data from each study pertaining to variables that have been reported to moderate depression. CBT for depression in older people is more effective than waiting list or TAU, but greater efficacy than active controls or other treatments has not been demonstrated. More high-quality RCTs comparing CBT with active controls need to be conducted before firm conclusions can be drawn…

The authors also acknowledge that the positive effect of CBT could be more down to therapeutic factors like being listened to and cared for than any other moderating variables specific to CBT.

Overall, the fact that the studies were of very limited quality should be taken into consideration, so as not to draw any firm conclusions from the meta-analysis.

The study itself had to deal with a pretty messy, incomprehensive dataset, and consequently produced quite a messy set of results. It did employ the most appropriate methodologies for anaylsing the RCTs, so can be said to be of good quality within its limitations.

The good news is that, clearly, providing any form of ‘active’ support for older people, whether it be CBT, other forms of psychotherapy or appropriate medication does help to reduce depression symptoms.