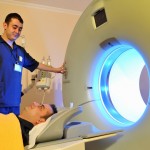 A major challenge in the treatment of depression is that only a proportion of people respond to the first treatment they try.  For example, with antidepressants only 40% of people will see their symptoms fall to a level that can be considered a recovery.  Trying further treatments after the first one does not work can be effective (STAR-D), but it leads to a substantial delay in people feeling better.

While severity of depression does predict response, there is no current way of predicting who will respond to a specific treatment.  Whether to go for an antidepressant or a course of psychotherapy is a crucial day to day decision made by both sufferers and professionals.  Being able to predict who responds, and perhaps more importantly who will not, would be a major advance in reducing the burden of depression.  Other branches of medicine rely heavily on using pre-treatment tests to determine the best treatment for an individual and replicating this in mental health problems would be extremely helpful. Depression is associated with changes in brain structure and function

Researchers in America decided to use Positron Emission Tomography (PET) scanning to try and find out who would respond better to an antidepressant (escitalopram) or cognitive behavioural therapy (CBT) (McGrath, 2013).  PET scanning uses a radioactive marker to measure the blood flow around the brain, a proxy measure for brain activity.  In this study participants were asked to lie in the scanner for about 40 minutes and were not given any task to do during the scan.  The scan occurred before any treatment was given and after a break from any previous treatment.  16 sessions of CBT were compared with 20-40mg of escitalopram, broadly in line with NICE guidance in the UK.

People who participated in the study had:

In order to compare people who saw a recovery of their depressive episode (HDRS falling to below 7) to those who did not respond (<30% fall in the HDRS), people who saw only a partial response to the treatment (>30% fall but not to <7 on the HDRS) were not included in the primary analysis.  This meant that of the 82 people who were randomised at the start of the study, only 38 people were included in this paper.  The rate of recovery was the similar in the antidepressant group (12/30, 40%) and CBT (12/33, 36%), as was the rate of non-response (antidepressant 6/30 20%, CBT 9/33 27%). The researchers were looking for areas in the brain where the level of blood flow at baseline was different in those who responded to CBT versus escitalopram.  Due to the problem of multiple comparisons in brain image analysis the setting of the significance level is crucial in trying to understand the importance of the results.  Researchers try to match clinical or behavioural factors to thousands of small areas of the brain (voxels).  That means that they need to be very careful about how to reduce the risk of false positives.  In this study this was not done as robustly as it could have been done.  Using a level of significance that meant there was a high likelihood of false positives they identified 6 regions of the brain.  On further analysis only one area was potentially showing a more robust effect: the right insula.  In this area:

The researchers concluded that the:

but that “prospective studies are needed to further evaluate” their findings.