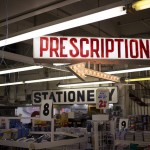 The challenges that dementia presents to society, services and, of course, to people with living it and their families have been well documented. It is a very hot topic for governments and societies resulting in national strategies, a Prime Ministerial national challenge in England, a global G8 summit and a World Dementia Council.

Even though it is still in its early youth, our very own Social Care Elf has already accumulated an impressive library of blogs on research into dementia.

The search for the best ways to help people, and how to organize these in to cost effective services continues. It is in this context that we consider an article by Baker and Irving on social prescribing and organisational co-production as means of helping people with dementia. As one key person in the study reported in this article, a commissioner of health services, is quoted as saying:

I ought to take some time to explain these concepts of social prescribing and co-production as they are central to the article by Baker and Irvine and some followers of the Social Care Elf may not be familiar with them.

Social prescribing is a concept that refers to health and social care services prescribing non-clinical activities (i.e. not medications or formal therapies) to help people with their conditions. This encompasses a very wide range of possible activities such as exercise schemes, arts, educational courses, and social activities. For example, one of my fellow elves, Jane Greenstock, recently wrote a blog about a community-singing programme for successful ageing.

Co-production refers to service users, carers and practitioners or providers working together as equals to produce an outcome or change together. It means the parties involved recognising each other’s assets and expertise to make decisions such as agreeing on problems and solutions, for example in providing support for people living with dementia that result in better social outcomes. you can read a Learning Disability Elf blog on co-production research here.

As Baker and Irving note, there is much literature looking at co-production between service users, practitioner or providers but there is little looking at this issue in terms of interactions between organisations as parties in co-producing health and social care. 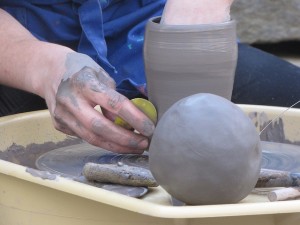 The research looked at the social prescribing of activities at a community arts organisation (CC Image courtesy of UConn Today via Flickr).

To address this knowledge gap Baker and Irving examined a pilot arts-based social prescribing scheme for people with dementia in the North East of England which ran from October 2010 until March 2012. A health service organisation commissioned the project, a community arts organisation (CAO) delivered the actual arts activities and other organisations referred people to the programme.

The overall scheme was subject to an evaluation, and within this Baker and Irvine collected data to examine whether co-production of the project across organisations happened and was successful or not, and the roles of boundary spanners within this.

Boundary spanners are those individuals who work across different boundaries, such as organisations, to try to achieve the desired overall goal. They can be crucial in ensuring that everyone has the same sense of what the scheme is trying to achieve, how this is to be done, and the roles of each party in this.

The authors collected their data using a range of methods including analysis of documents, interviews with key informants (including people living dementia and some family members), focus groups and observations of meetings.

Interviews and focus groups examined issues such as their expectations for the social prescribing scheme, how well people thought it had worked, and their sense of the impact of the arts-based activities on people’s wellbeing.

The evaluation of the scheme provided some encouraging findings in terms of people reporting participants in the arts-based activities experiencing improved outcomes, such as feeling better connected to other people and more part of a community.

However, the project did not work as expected in a number of ways – notably engagement of and referrals by GPs to the arts activities – and it did not result in a sustainable social prescribing programme.

Part of the reason for the failure in developing the pilot art-based scheme into a longer-term, mainstream activity was probably the significant upheaval in the organisation of the NHS that came towards the end of the pilot. The commissioning organisation, the Primary Care Trust (PCT) was abolished as part of the changes in NHS structures brought in by the Health & Social care Act 2012.

However, even if this top-down reorganisation of the NHS had not occurred, we cannot be too confident that the pilot would have turned in to a sustained scheme. It is here that the focus by the authors on boundary spanners and developing cross-organisational co-production is most insightful and helpful.

They highlight various organisational cultural differences, differing perspectives on the world and expectations across organisations and the failure of boundary-spanners to recognize and address these.

For instance, the staff in the CAO did not fully understand the arts-based scheme in the wider NHS context and from the perspective of GPs. As such, they were hindered in communicating the purpose of the scheme to GPs, which was most likely a significant factor in the low-referral rate from this key group of professionals.

Expectation of evaluation and outcomes

Similarly, staff in the CAO had a history of thinking of qualitative assessments of the impact of their work, rather than quantitative measures.

GPs were most likely expecting quantitative data, and then of specific clinical symptoms and changes in these as outcome measures.

Boundary spanners in the pilot scheme did not seem to fully understand, articulate and address these issues of difference between parties involved.

Failure to span this cultural gap meant the scheme could not demonstrate impact in terms that GPs relate to, and this failing at a point where GPs were given more significant roles in commissioning health services when PCTs were abolished. 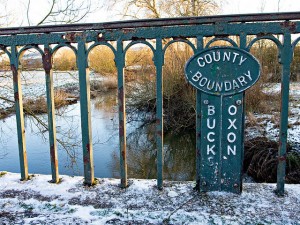 The success of social prescribing depends upon the ability of boundary-spanning individuals within service delivery organisations to develop referral pathways and collaborative relationships through ‘networks’…The [pilot] scheme was not sustained, in part, because the institutional logics that governed the actions of key boundary-spanning individuals militated against the collaboration necessary to support co-production.

Helping people and their families to manage complex needs presents challenges to health and social care providers and commissioners.

People’s lives and the diversity of their experiences, needs and interests do not fit readily in to administrative boxes and organisational boundaries.

Sometimes integrated working between services is seen as the answer, but this often raises more questions about what kind of integration is going to help and how is this best organised. There is a huge and growing literature on integrated care.

As the authors comment here in the context of a the need for a long-term strategy to help people with dementia:

the study suggests that the successful delivery of a sustainable and long-term approach to dementia will require integrated communication and consultation between health care professionals and professionals within the housing and adult social care sectors. In short, networks must be developed and maintained. (p. 16)

What they have highlighted is that we cannot simply expect organisations to work together to co-produce support for people living with dementia simply by establishing new services.

Multiple differences in experiences and expectations between organisations may mean people simply not really understanding what everyone is expected to do together to deliver the desired outcomes. Boundary spanners may be one means to overcome this, but they need time and support and they themselves need to understand the challenges being faced in seeking better-integrated and co-produced services.

The more that the services differ from established ways of thinking about things, such as art-based social prescribing does, the greater these challenges of understanding and communication. 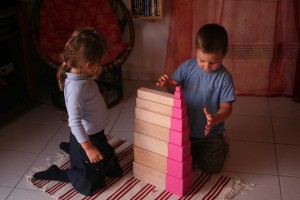 Organisations cannot be expected to work together to co-produce support for people living with dementia simply by establishing new services (CC Image courtesy of valiloue via Flickr).