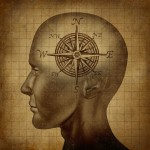 Some people with a learning disability, especially those with Down syndrome, are more likely to develop dementia than other people (Coppus et al., 2006; Strydom, Livingston, King, & Hassiotis, 2007; Strydom et al., 2010). Adults with learning disabilities and dementia may have particularly high care needs, which many find challenging. Emotional exhaustion, or ‘burn-out’ amongst their carers is seen all too frequently (Lloyd, Kalsy, & Gatherer, 2008).

This increasing care burden can often lead to people being moved to a nursing home. This is a particularly common situation for those with Down syndrome and it has been argued that these relocations and placements in nursing homes may themselves lead to someone declining more quickly (Patti, Amble, & Flory, 2010).

Population-based studies suggest that having good social networks, plenty of exercise and taking part in activities throughout the lifespan can help prevent dementia (Larson, 2010; Williams, Plassman, Burke, Holsinger, & Benjamin, 2010). However there has been relatively little research on dementia interventions that focus on home environments, activity programmes and care packages (De Vreese et al., 2012).

The authors of the article reviewed here developed the DAD (Down Alzheimer Demenza) project in Italy to look at the effects of environment, activities and care on the abilities and behaviours of people with learning disabilities who had started to show early signs of dementia (De Vreese et al., 2012). Funded by ANFFAS Trentino Onlus (a large parent association for people with learning disabilities) the project combines a purposefully designed home, activity programme and care package and the current paper presents their findings from the first 3-years of this on-going study. 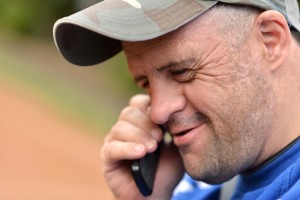 Some people with a learning disability, especially those with Down syndrome, are more likely to develop dementia than other people

Decline in cognition, daily functioning and behaviour was assessed using an Italian version of the Dementia Questionnaire for Persons with Intellectual Disabilities (“DMR”) (Evenhuis, Kengen, & Eurlings, 2004) at baseline and again, after 3 years.

The SCU was designed to feel like a home, while avoiding environmental features that can cause discomfort and disability. For example, all floors were designed to have no unsafe transition areas. SCU Staff received 40 hours of training, covering care approaches and techniques that incorporated several approaches, including Gentle Care (Jones, 1999) and person-centred care (Kitwood, 1993). Client-to-staff ratios were 1:3 in the SCU and the day centres and 1:4 in the nursing homes.

Data from 57 participants were included in the final analyses, as 3 participants passed away (two from the day centre group, 1 from a nursing home).

The current study reports that people residing in a special care unit, designed specifically for adults with learning disabilities and dementia showed significant improvements in cognition and stable daily living skills, mood and behaviour over three years. In contrast, control participants who accessed local day centres or were residing in local nursing homes showed significant decline on the same measures over the same period.

Whereas 6/22 participants who attended the day centres needed to be moved in to nursing homes due to decline in this period, none of the 12 adults in the SCU were moved.

The SCU was developed with exceptional attention to detail: the whole physical environment, care approaches and activity programmes were planned to support the changing needs of adults with learning disabilities who had developed signs of dementia. The building was designed to reduce any form of discomfort and promote independence.

Care approaches drew on many published theories that centre around working around each individuals’ needs, desires and abilities (e.g. Janes, 1999; M. Jones, 1999; Kitwood, 1993; Volicer & Bloom-Charette, 1999; Williams et al., 2010). Staff-to-client ratios were higher than in nursing homes and the staff received a considerable amount of training that they would not normally have access to.

Residents at the SCU had access to more activities, with more autonomy over how they spent their time than the other two groups. They even had a dog. 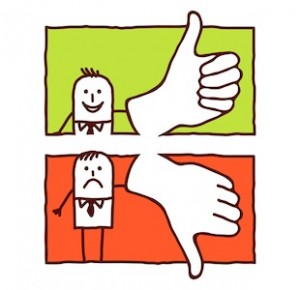 Such a comprehensive approach seems undoubtedly likely to have a positive impact on those living there. However, when there seem to be more variables than participants (remember only 12 people were in the SCU) it is impossible to say which aspects of this design are helping here.

The authors provided a comprehensive discussion in their paper that reflected well on the limitations of the study, yet still state that they hope their study leads to further adoption of this ‘in-place progression’ model in other countries.

For others to begin implementing similar interventions, much more research is needed to entangle which aspects of this complex approach are most effective. Nevertheless, it is inspiring to see examples of projects in which the needs of adults with learning disabilities are considered in such compassionate detail.

The group in the special care unit showed improvements in their cognitive abilities and maintained the same level of functional independence, mood and behaviour over three years

Although the special care unit seems to have had an extremely positive impact on dementia decline, it is impossible to tell which parts of this complex approach were driving these outcomes when the sample size is so small and they were so many differences between the groups 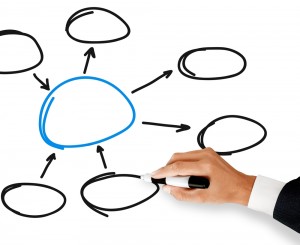 Care needs to be taken in generalising results as sample size was small, with many differences between intervention and control groups

Lloyd, V., Kalsy, S., & Gatherer, A. (2008). Impact of dementia upon residential care for individuals with Down syndrome. Journal of Policy and Practice in Intellectual Disabilities, 5(1), 33–38.