Home » Posts » Mental health » dementia » Dementia through the eyes of a carer: What would you want for your relative? 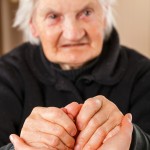 Earlier this year, a group from the UCL Research Department of Primary Care and Population Health published a review examining quality of end-of-life care in dementia, specifically from the point of view of family carers (Davies et al, 2014).

Many will know, through personal or professional encounters, of the stress and burden that caring for a relative with dementia can bring. As the authors point out, research involving carers of people with dementia has so far concentrated on the diagnosis and transition stages of the condition, but this review set out to address a clearly focussed question, to be answered by a specific group of people:

What is quality end-of-life care for dementia?

This review looked at qualitative evidence, which means descriptive information is used rather than facts and figures. Key words and headings were used to search databases and ‘grey literature’ (documents or reports that have not been commercially published (The New York Academy of Medicine, 2014)), with a narrative synthesis presented via a thematic analysis (i.e. teasing out evidence using words, rather than statistics, to summarise findings then identifying recurrent themes/concepts (Popay et al, 2006)).

Studies were included if they focussed on both dementia and end-of-life care or palliative care, they reported perspectives of family carers on quality, they were in English and published in 1990 or later. Quantitative studies and those not peer reviewed were excluded. Only eight studies met these criteria. Carers of people with dementia experience high levels of stress, strain and burden

1. A family’s belief of death and their choice of treatment

2. The relationship with professionals as a core component of care quality

3. Emotional and commitment pressures of caring

4. Family carers’ ability to think about death and dying The authors aimed to explore the perceptions of family carers of quality end-of-life care for dementia. In my opinion, many of the views expressed could be pertinent to anyone receiving end-of-life care, not just those with dementia; the key difference being those with dementia may be less likely to be able to express their own views during the dying process, placing extra responsibility with families.

The 2013 review of the controversial Liverpool Care Pathway (Neuberger, 2013), a care plan for dying people, recommended that the pathway be phased out, leaving some with concerns over a lack of guidance. However, the authors identify that the European Association for Palliative Care has developed recommendations specific to end-of-life care in dementia (Van der Steen et al, 2014).

The bottom line is, despite gathering evidence from several studies, there is no consensus from family carers as to what good quality end-of-life care for someone with dementia entails. The wide range of views from carers reflects exactly what I have seen in clinical practice: there is no ‘right answer’. Care should be planned to be suitable for the needs and wishes of the individual patient and their families and future efforts directed towards more research in this area. Popay J, et al. Guidance on the conduct of narrative synthesis in systematic reviews: a product from the ESRC methods programme (PDF on ResearchGate). Institute for Health Research, University of Lancaster: 2006.