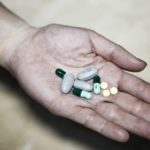 We are students at the Equator Publication School in Oxford and have spent the last week learning to use guidelines to improve study reporting. Today we have also spent 3 hours working with André from the Mental Elf to write a blog about a recent systematic review looking at the use of antidepressants to treat depression in people with Alzheimer’s Disease. Our blog highlights some issues with the review and how it was reported.

Depression is one of the most common neuropsychiatric symptoms within Alzheimer’s Disease and up to half of people with Alzheimer’s experience depression or clinically significant depressive symptoms. Antidepressants are recommended by NICE as a treatment for depression in people with Alzheimer’s Disease, but NICE also recommend a number of psychosocial interventions including cognitive behavioural therapy (with the active participation of their carers), reminiscence therapy, multisensory stimulation, animal‑assisted therapy and exercise.

Previous reviews of the effectiveness of antidepressants in Alzheimer’s Disease have been inconclusive. The Cochrane review has not been recently updated (Bains et al, 2002), so this systematic review attempts to provide more reliable evidence to help.

Through this blog we would like to engage with a wider audience of clinicians and members of the public about their own experiences of depression in Alzheimer’s Disease and its management. Please share your thoughts with us on Twitter or via the comments below. 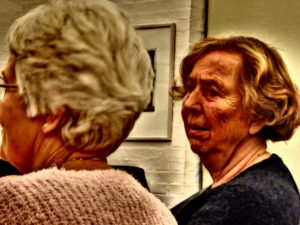 Up to half of people with Alzheimer’s Disease are affected by symptoms of depression.

Studies were eligible if they were:

The quality of the included studies was assessed and summarised using the Cochrane Risk of Bias tool and the GRADE approach.

From the 3,822 records identified from the database and additional searches, the screening and assessment process identified 7 completed and 1 ongoing study eligible for inclusion. There were 3 other eligible trials identified. One had been terminated and 2 were completed but had not published the results.

The authors judged that bias is more likely to have occurred by inadequate sequence generation and blinding, and judged the overall quality of the evidence using the GRADE approach as “moderate”. 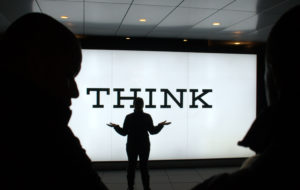 This review found no statistical difference between antidepressants and placebo for treating depression in people with Alzheimer’s Disease.

Despite the importance of depression in people with AD [Alzheimer’s Disease], few RCTs are available on efficacy of antidepressants, limiting clear conclusions of their potential role. There is a need for further high quality RCTs.

This is a good systematic review, but as a group we feel that there are a number of important limitations, both of the primary literature and the review itself:

Overall though, we agree with the reviewers that further randomised clinical trials are needed with larger samples of dementia patients, before we can be confident about prescribing antidepressants in this population. 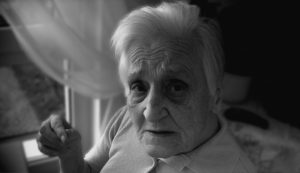 Further RCTs are needed with larger samples of dementia patients, before we can be confident about prescribing antidepressants for depression in this population.

In our group, we had a considerable amount of experience of caring for family members with dementia and depression. Of course we brought this to the task of writing this blog. We appreciate how difficult it is to diagnose and treat people with this combination of illnesses and we were interested to see the list of interventions recommended by NICE for people with comorbid emotional disorders and dementia.

There certainly does not seem to be convincing evidence that antidepressants are safe and effective for this population when compared with placebo. Polypharmacy must be considered when adding one more medication, especially one that may have limited benefits and potential harms.

There are non-pharmacological approaches that could be considered as an alternative to antidepressants, although the availability of these may be limited for some patients, and of course not all patients will find these psychosocial options acceptable.

We were reminded in our conversation about this paper of the importance of quality of life in people affected by dementia. It’s striking that there is relatively little high quality evidence published about the ways in which we can improve the daily lives of people with dementia. A case of mistaken priorities perhaps?

People interested in exploring these issues further may like to watch the Mental Health Question Time event from November 2016, featuring amongst others Prof Rob Howard from UCL; one of the authors of this systematic review.