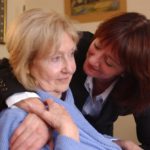 Advance care planning (ACP) is a voluntary process of discussion and reflection, usually undertaken with a health or care professional, concerning a person’s preferences for their future care. These are usually written down so they can be referred to later when someone loses decision-making capacity. People living with dementia are encouraged to make an advance care plan shortly after diagnosis.

However, we know that in practice, ACP for people living with dementia remains uncommon. Consequently, most, including those in nursing homes, do not have an existing advance care plan. Even in cases where ACP does take place before a person living with dementia loses capacity, there can be a large gap of time between completion of the advance care plan and the point at which critical treatment decisions are needed. During this period, circumstances may have changed considerably and it may be difficult to interpret someone’s earlier wishes.

There is a weight of responsibility, therefore, on family carers who can expect to participate in best interest medical decision-making for their relative. Even though family carers may have long-since assumed routine responsibility for all manner of decisions affecting their relative, decisions concerning potentially life-prolonging treatments are particularly difficult and emotional. We know, too, that family carers of people living with dementia commonly experience considerable uncertainty about what the right course of action is (Sellars et al., 2018). This points to the high importance of family carer education and of improving communication between family carers and formal care providers.

In this blog, I consider a paired-cluster randomised controlled trial of an ACP intervention, called the Family Carer Decision Support (FCDS) intervention, undertaken by Kevin Brazil of Queens University in Belfast and his colleagues (2018) in 24 Northern Irish dementia nursing homes. 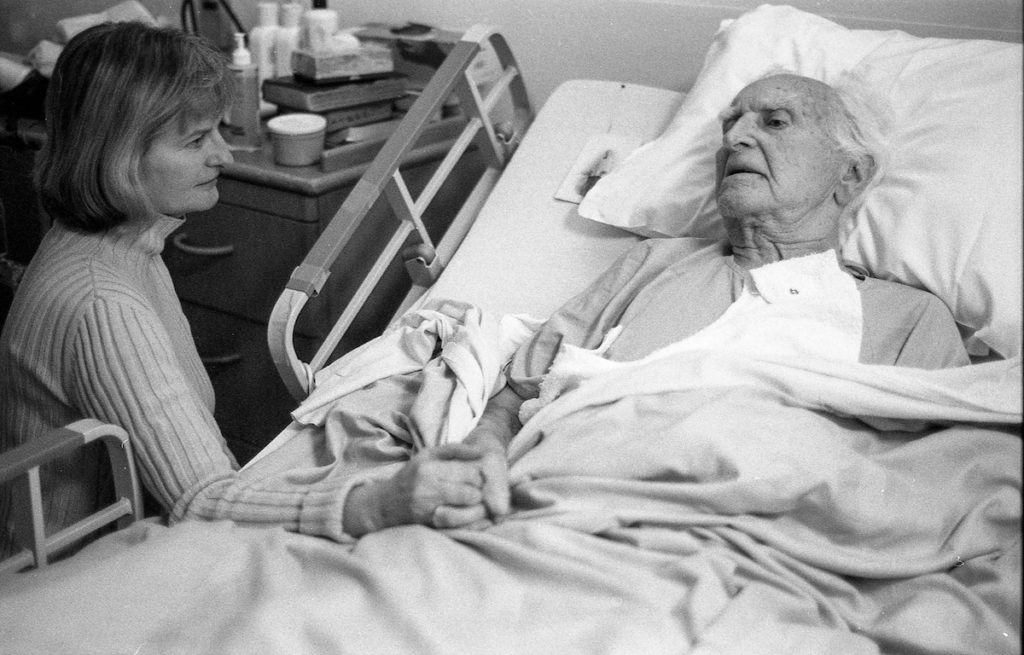 By some definitions, this was not actually an ACP intervention since it was not undertaken with people living with dementia themselves. Instead, specially trained nurses undertook ACP with the family carers of residents who lacked decision-making capacity, most with moderate to severe dementia.

Although the people living with dementia remained unable to express preferences of their own, the process allowed for family carers to find out more about the course of dementia, possible complications and different treatment options and to agree an advance care plan, with clear goals of care, for their relative. This was kept on file in the nursing home and shared with the resident’s general practitioner (GP).

The ACP conversation with family carers was conducted over two meetings, using a booklet originally developed in Canada called ‘Comfort care at the end of life for persons with Dementia – a guide for caregivers’. This booklet has previously been found to have high acceptability with families and professionals in a number of international studies (Arcand et al., 2013; van der Steen et al., 2011; van der Steen et al., 2012) and has also been identified as a best practice instrument by the World Health Organisation (WHO). The booklet was adapted for the Northern Irish context for use in this study.

The main outcome measure for the trial was the 16-item Decisional Conflict Scale (DCS), which measured whether family carers felt sufficiently informed and supported to participate in decision-making, as well as the resulting level of confidence they had in their decision.

It was also proposed to use the 11-item Quality of Dying in Long-Term Care instrument (QOD-LTC) but too few residents died (n=6) in the course of the study for this to be viable.

The main finding from the study was that family carers did experience reductions in decisional conflict (p=0.01), including feeling informed and supported, as well confident in their final decision. Positive family perceptions of care, particularly concerning the quality of communication and support they received from care staff, were also positively associated with the intervention (p=0.01).

Family carer psychological distress (measured with the GHQ) however, was not impacted by the intervention. No statistically significant associations were found with hospital admissions, completion of DNR orders and place of death, although all of these did show positive trends. Active components of the intervention that contributed to its success were identified by the authors as: (1) a trained facilitator; (2) family education; (3) family meetings; (4) documentation of ACP decisions; and (5) orientation of GPs and nursing home staff to the intervention. 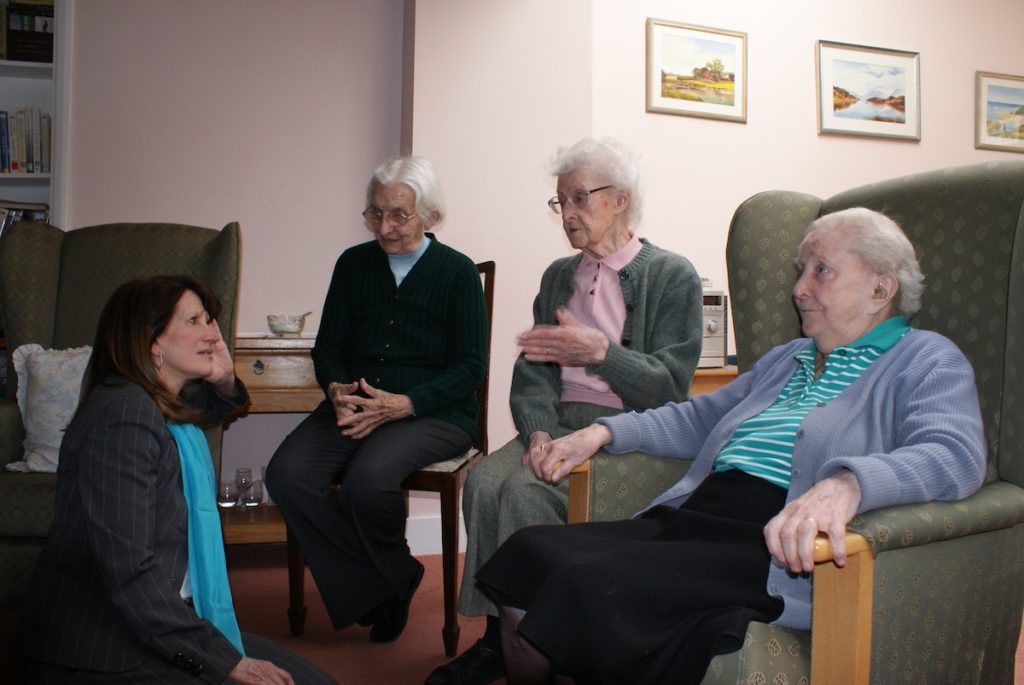 The ACP intervention significantly improved carers’ confidence to participate in end of life care decision-making for their relative and in the decisions taken. 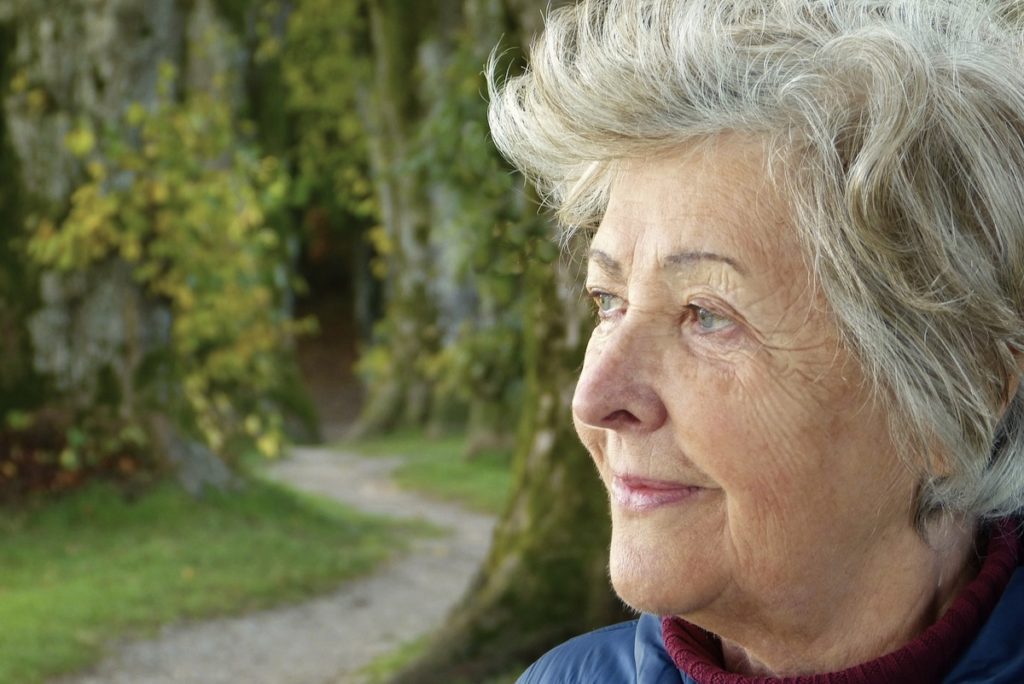 The advance care planning intervention significantly improved carers’ confidence to participate in end of life care decision-making for their relative and in the decisions taken.

The strengths of the study include the fact that the intervention is structured around an information booklet that has already been found to have high acceptability and has been positively evaluated by the WHO. The intervention, both the training and the approach for conducting family discussions using the booklet, is relatively simple, discrete and standardised and therefore potentially replicable. This is in contrast to previous studies of ACP interventions in nursing homes, which have often been limited to the provision of training only, are rarely standardised and often not well-described in research studies (Dixon, 2018). The trial outcomes helpfully cover both quality outcomes and measures of resource utilisation.

The limitations of the study include modest response rates. Of the 657 family carers initially eligible across 24 nursing homes, only 67 participated in the intervention, with only 61 of these completing both a baseline and follow-up survey. In the usual care group, only 98 completed both a baseline and follow-up survey. It is possible, therefore, that the trial lacked statistical power, and it is not possible to rule out selection bias. Furthermore, the number of people living with dementia who died during the study were few, so we may not know whether carers felt equally confident in their decisions following bereavement.

The authors also state that no economic analysis was undertaken, although the time spent by the ACP facilitator on each family facilitation was estimated, on average, to be just over 2 hours, including preparation, the meetings themselves, administration and writing up. It seems likely that this does represent good value, although cost-effectiveness still needs to be determined using appropriate methodologies. 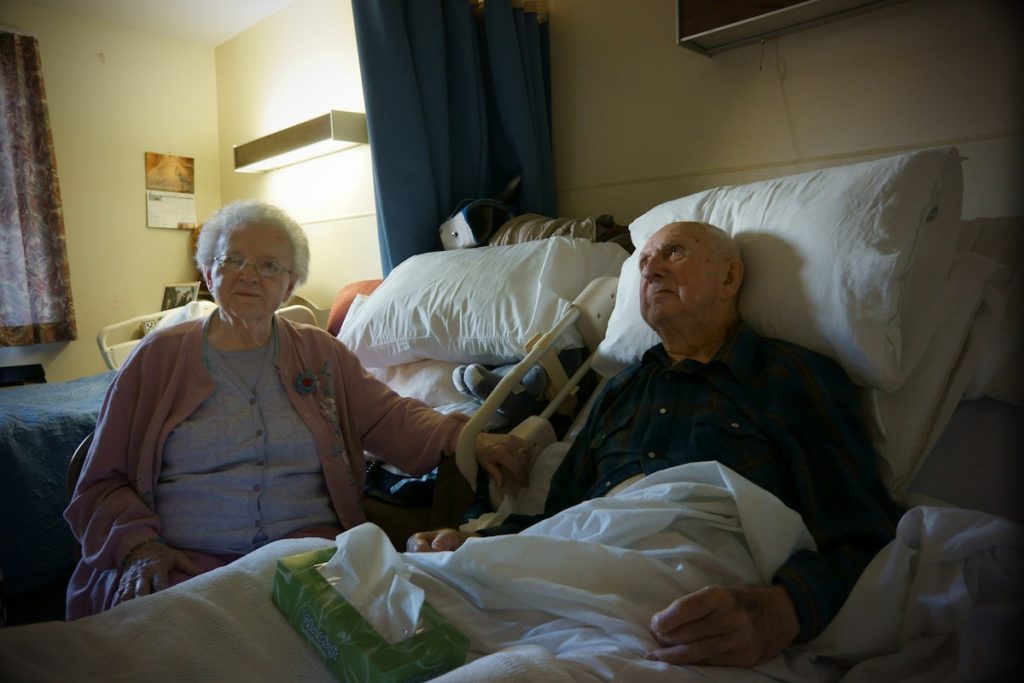 The results from this trial have been considered sufficiently encouraging to merit turning attention to issues of implementation. An Alzheimer’s Society/ EU Joint Programme Neurodegenerative Disease Research (JPND)-funded follow-up study (https://www.alzheimers.org.uk/research/our-research/JPND) will develop, adapt and implement the approach in six countries (UK, Northern Ireland, England, Canada, Netherlands, Republic of Ireland and the Czech Republic) so it can be widely put into practice. 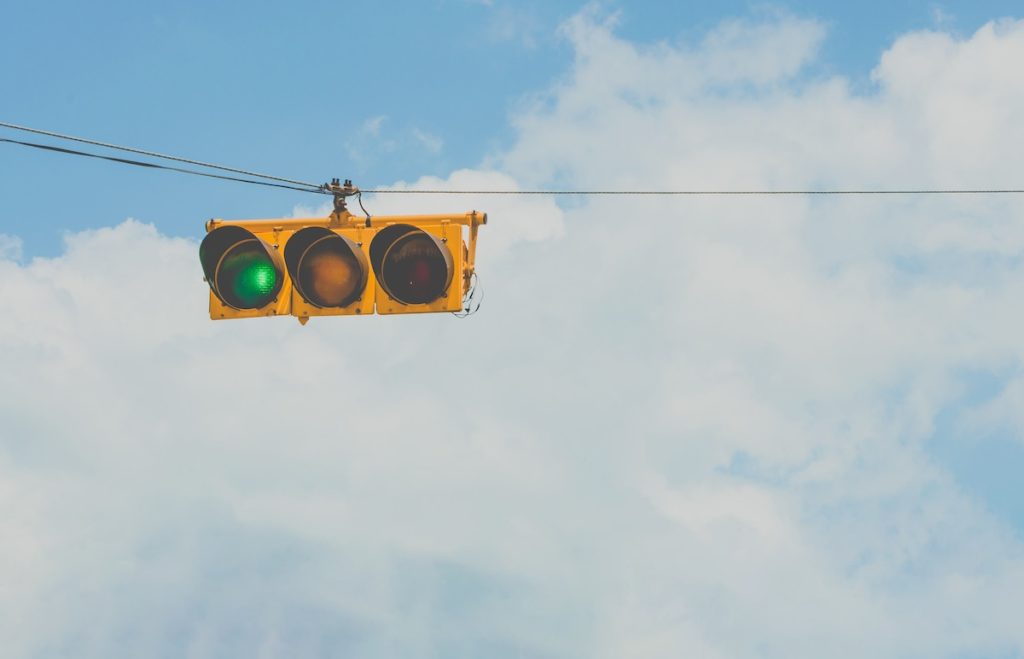 The results from this trial have been considered sufficiently encouraging to merit turning attention to issues of implementation.

In the interests of full disclosure, while I was not involved in the original trial, I am part of the research team for the new Alzheimer’s Society/ EU Joint Programme Neurodegenerative Disease Research (JPND)-funded study.

Dixon J, Karagiannidou M, Knapp M (2018). The effectiveness of advance care planning in improving end-of-life outcomes for people with dementia and their carers: a systematic review and critical discussion. Journal of Pain and Symptom Management. 55(1): 132 – 150