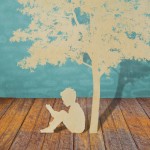 Bipolar disorder is considered a hereditary condition. There is emerging evidence that prodromes/early symptoms are evident in children before disorders develop. This potentially offers a chance to treat and prevent the development of mental health problems in adulthood. Being able to identifying early symptoms of the onset of this mental health disorder is clearly important, however, these symptoms are often different from the adult disorders and hard to distinguish from adolescence.

Previous research has highlighted disorders of anxiety, sleep and depression in adolescence as precursors to hypo/mania episodes. ADHD often has manic like symptoms and might therefore be related to the later development of bipolar disorders. Importantly the treatments for ADHD and mania are very different.

The researchers aimed to establish if childhood ADHD was associated with the subsequent development of bipolar disorder in high risk populations.

Prospective and longitudinal studies were found from Medline, PsycInfo and Embase from 1985 onwards. A combination of keywords were used in full text and titles/abstracts. Hand searching was also undertaken. A qualitative synthesis method was undertaken although no clear description of this was reported. Nine papers were identified although two papers were excluded (although included in the subsequent tables) because the sample was too small or follow up too brief for the synthesis. This review only included a small number of studies, so more research is needed in this area

One major finding from this review is that childhood ADHD does not appear to be significantly overrepresented among the offspring of parents with well-characterised bipolar disorder or with the offspring of healthy parents or with the risk of ADHD in the general population.

It seems reasonable to conclude that the clinical diagnosis of ADHD does not appear to be a reliable antecedent in the developmental trajectory towards bipolar disorder. The review synthesised a few small scale studies, with limited data. There appeared to be no link between ADHD and later development of Bipolar disorder, with ADHD being more likely to lead to other disorders.

Other factors appear more reliable indicators of the development of mania in later life, these include conduct, oppositional disorder, anxiety and depression (See Kim-Cohen et al 2003). The developmental model could provide clinicians with a better understanding of risk factors in children and the potential pathways/trajectories to the development adult disorders. Clearly further research is needed to establish if this model is accurate and if interventions during childhood prevent the development of adult disorders such as bipolar disorder. Given that this is a qualitative synthesis the structure of the paper and particularly the conclusion (3 pages) is difficult to make sense of.

Duffy A (2012) The nature of the association between childhood ADHD and the development of bipolar disorder: a review of prospective high-risk studies. American Journal of Psychiatry, Dec 1;169(12):1247-55. [PubMed abstract]