Home » Posts » Mental health » anxiety » Meta analysis of antidepressants vs talking therapies: another example of ‘All Must Have Prizes’? 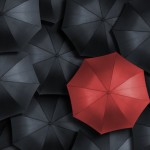 Patients presenting to their GP with a mental health problem are likely to be offered medication, in the form of antidepressants, and/or a ‘talking therapy’, such as counselling or CBT. This is because we know that both those broad categories of treatments (drugs and psychological therapies) are effective in reducing symptoms. However, it’s less clear if one is reliably more effective than the other.

At the same time, often we don’t know if those different types of treatment are better or worse for different disorders.  In the world of evidence-based medicine, researchers are increasingly trying to move beyond just ‘what works’ to ‘what works, for whom?’ This information will be invaluable for GPs and their patients to inform their choices about treatment. Take a pill or talk to someone is a classic distinction made about mental health treatments, but we haven’t had clear evidence to say whether one is generally superior to the other. Pim Cuijpers’ team in the Netherlands have tried to answer exactly these questions, by performing a meta analysis of studies which have directly compared medications and psychological therapies.

What did they study?

The review included randomised controlled trials which directly compared a psychological therapy with antidepressants in adults.

In order to answer the question of whether the different treatments were better or worse for different disorders, the authors included a range of anxiety and depressive disorders.

They excluded trials which looked at ‘maintenance effects’, meaning trials which took patients who had already shown recovery from an earlier treatment in order to see if the positive effect was maintained.

They performed quality assessments on the included studies, and also performed subgroup analyses to test for differences within treatment and disorder groups.

What did they find? 67 studies were included in the final analysis. Bringing together all the studies, the authors had a sample of 5,993 patients (3,142 who received psychotherapy, and 2,851 who received antidepressants). 40 of the studies focused on depressive disorders, and 27 on anxiety disorders.

CBT was the most frequently used psychological therapy by quite a wide margin (49 of the 78 studies).  The quality of studies was found to be variable, with only 20 studies meeting all four of the authors’ quality criteria.

When they combined all of the data from the different studies, they found no statistically significant difference between psychological therapy and antidepressants.

What about different conditions?

Turning to the question of ‘what works, for whom?’ , the authors reported that medication was significantly better than talking therapy for dysthymia.

The opposite was true for obsessive-compulsive disorder (OCD) which showed a significant effect in favour of talking therapies.

Thinking about specific patients ‘for whom’ the treatments may differ, the authors report that antidepressants were more effective for older adults and for patients who had a comorbid general medical disorder. However, it’s not clear how many such factors, and what kind, were considered – the authors simply report there was a significant difference between “different target groups” compared to “adults in general”, citing age and co-morbidity as examples.

There were no significant differences between any of the other medications or types of therapy.

The analysis indicates that overall medication and talking therapies don’t have significantly different effects, and are likely to be of equivalent effectiveness.

However, there are hints that this isn’t the case for all treatments or all disorders.  More sophisticated analyses of multiple treatments, such as network meta-analysis, may be helpful in future to try to disentangle this further. In terms of which specific patients may benefit (for example, comparing older to younger patients) again further work is needed.

The authors finish on perhaps a crucial point – that treatments may be equal in effect but be very different in terms of patient preference, an issue requiring further investigation.